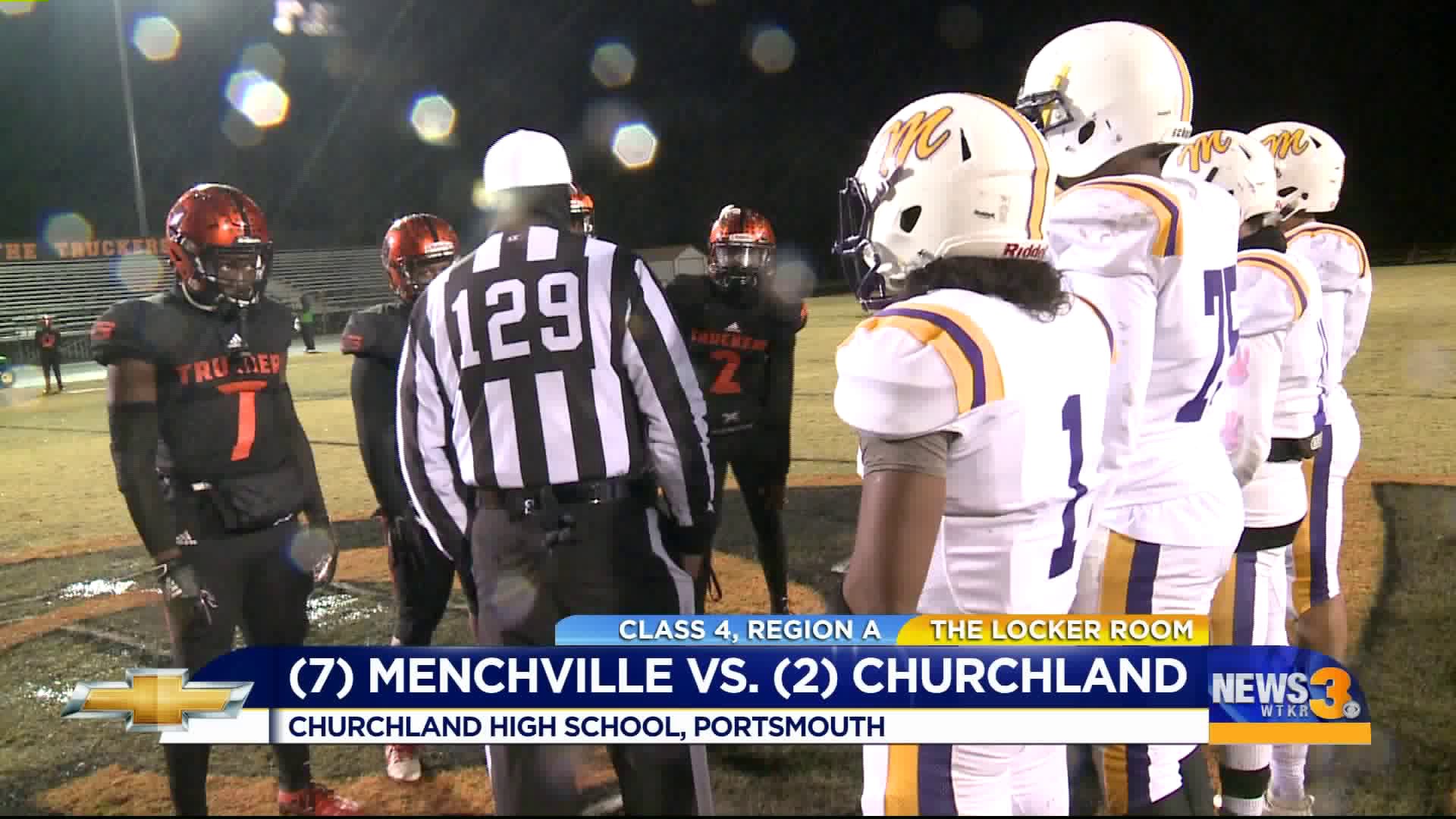 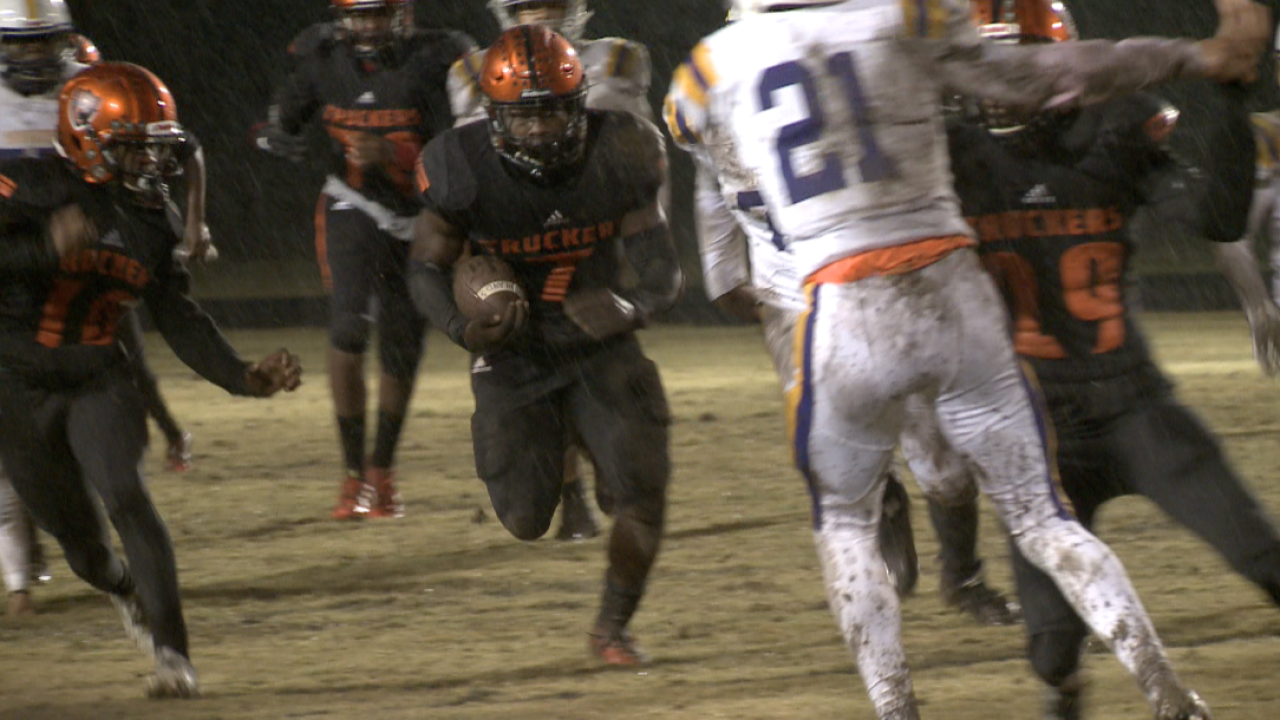 Through constant rain and muddy conditions, each team had to rely on the ground game for every touchdown scored in the matchup.

The Truckers were first on the board with a Kenny Gallop, Jr. rushing touchdown in the first quarter.

He added two more touchdowns in the first half before the Monarchs got their first points on the board.

In the red zone, Menchville quarterback Shamon Maynard handed it off to Javoni Hales who was in for a rushing touchdown, which would be the Monarchs only touchdown of the game.

Gallop, Jr. scored another three touchdowns in the second half on the way to a 41-8 Churchland victory, their first postseason win in school history.

"It felt great," running back Gallop, Jr. said. "It feel good to be on a team that's making history, but we still got a lot of work to do. We plan on having four more games left."

Churchland hosts King's Fork, which beat Warhill 25-8 on Friday night, in the Class 4 Region A Semifinals.