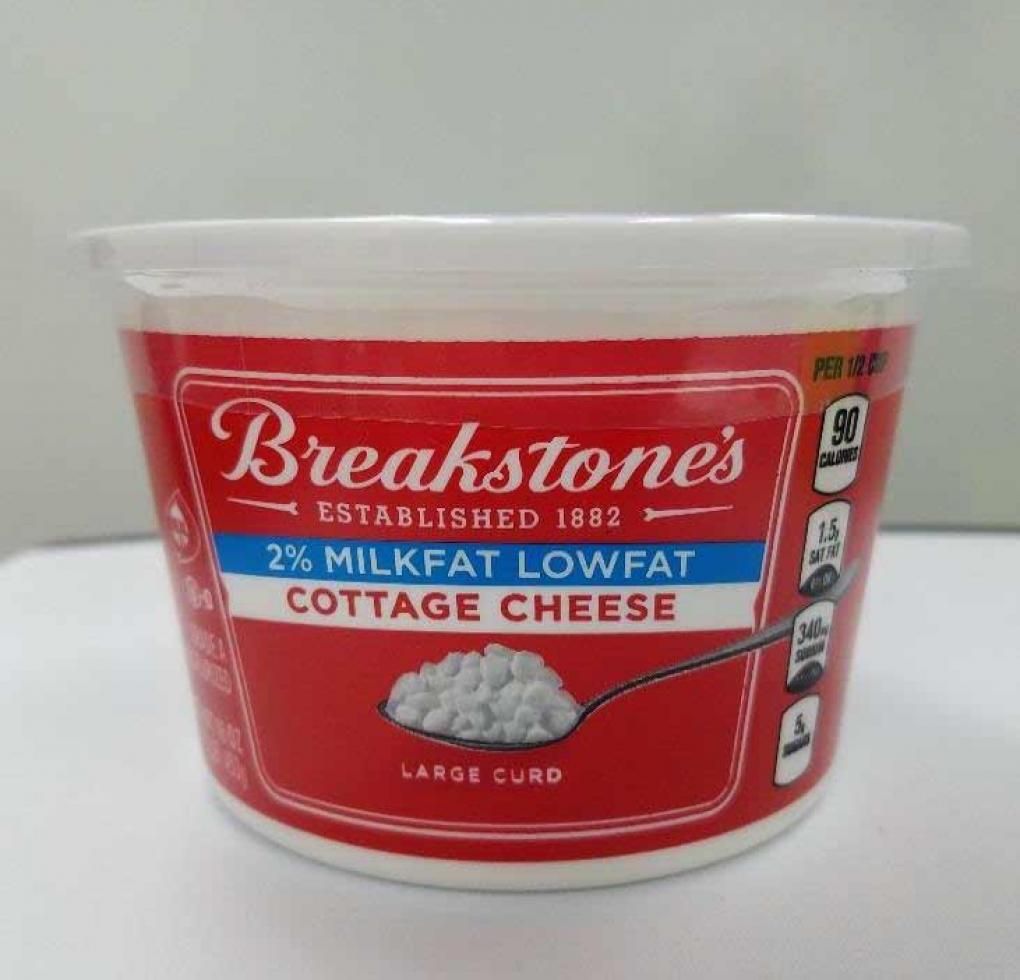 Select varieties of Breakstone’s Cottage Cheese are being voluntarily recalled due to a potential risk of red plastic and metal that may have been introduced during production, according to the FDA.

A press release issued by the company said the issued was discovered when a consumer notified them. The consumer reportedly found a piece of red plastic in a container of cottage cheese. There have been six complaints, but no reports of illnesses or injury at this time.

These are the following products being recalled:

Approximately 9,500 cases of Breakstone’s Cottage Cheese is being recalled. No other sizes, varieties or code dates are included in this recall.

Consumers who purchased this product should not eat it and return it to the store where purchased for an exchange or full refund. Consumers with questions may contact the company at 1-866-572-3805 Monday through Friday, 9 a.m. to 6 p.m. Eastern, for a full refund.

This product was sent to retailers and distributors in the U.S. and exported to Latin America and was produced and distributed by Kraft Heinz Foods Company.