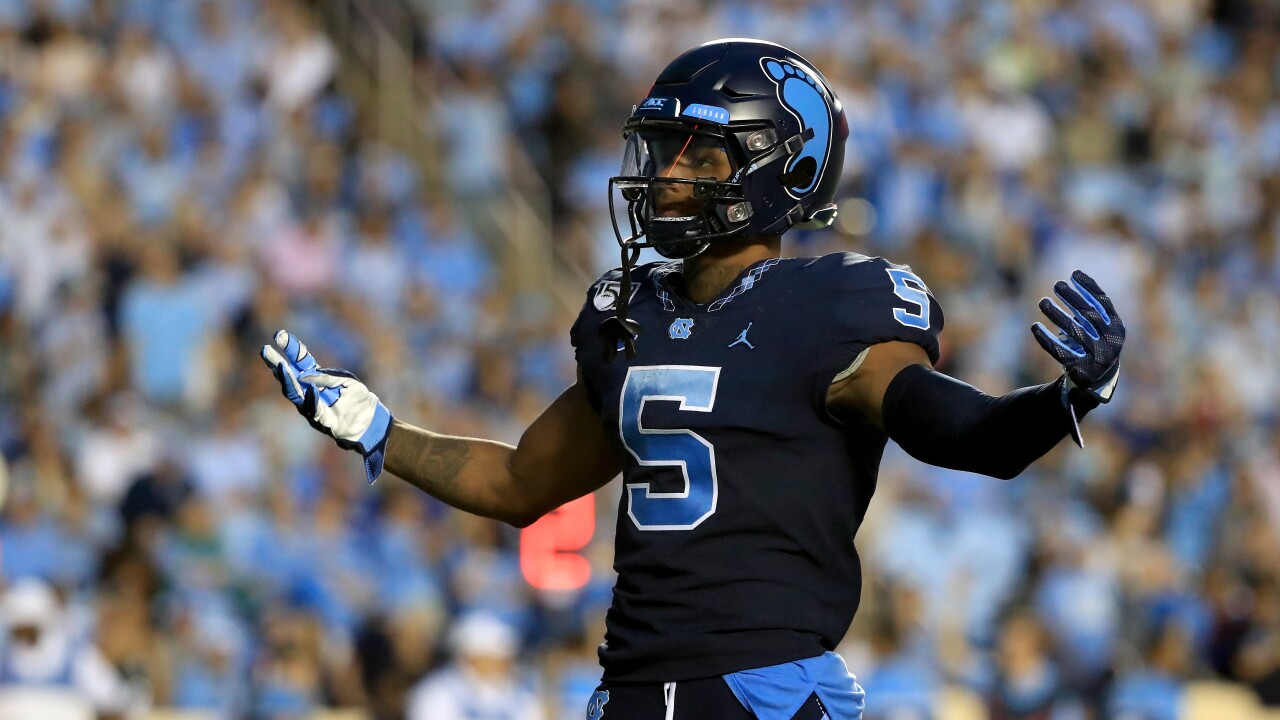 GREENSBORO, N.C. – North Carolina football standout Dazz Newsome, the Hampton High School alumnus, has been recognized by the Atlantic Coast Conference for his performance last weekend at Pitt. He was voted the conference’s Receiver of the Week.

The junior receiver registered career highs with 11 catches and 170 receiving yards. He also scored his seventh TD of the season. The 11 catches are the most by a Tar Heel receiver since Ryan Switzer had 13 against NC State in 2016. Newsome has now gone over 100 receiving yards in three of his last four games.

For the season, Newsome 57 catches for 817 yards and seven touchdowns. Carolina hosts Mercer this Saturday on Senior Day at 3:30 p.m.

Dazz Newsome was spectacular for North Carolina in Week 12! pic.twitter.com/YvajJvZhzK

NORTH CAROLINA TIES IT! Sam Howell with a DIME to Dazz Newsome for the 34 yard TD! Newsome did the Westbrook rock the baby celebration after LMAO! pic.twitter.com/iWT7DsV2lE