NORTHAMPTON Co., Va. - It's a strange sight: inmates under the fall Eastern Shore sun, picking lettuce for their next meal.

The garden at the Eastern Shore Regional Jail is bright green, and inmates eagerly dig in the soil.

"A lot of these guys aren't used to eating this type of food," Lovelady said.

"This garden is special," Lovelady said. "It gives them [the inmates] a sense of accomplishment and [as if they are] treated like a normal person. I mean, a lot of these guys I went to high school with."

The garden is the focal point of the jail's recently launched re-entry program. It's a six-month curriculum that includes GED certification, Thinking for a Change, anger management, family reunification, substance abuse therapy and job training. 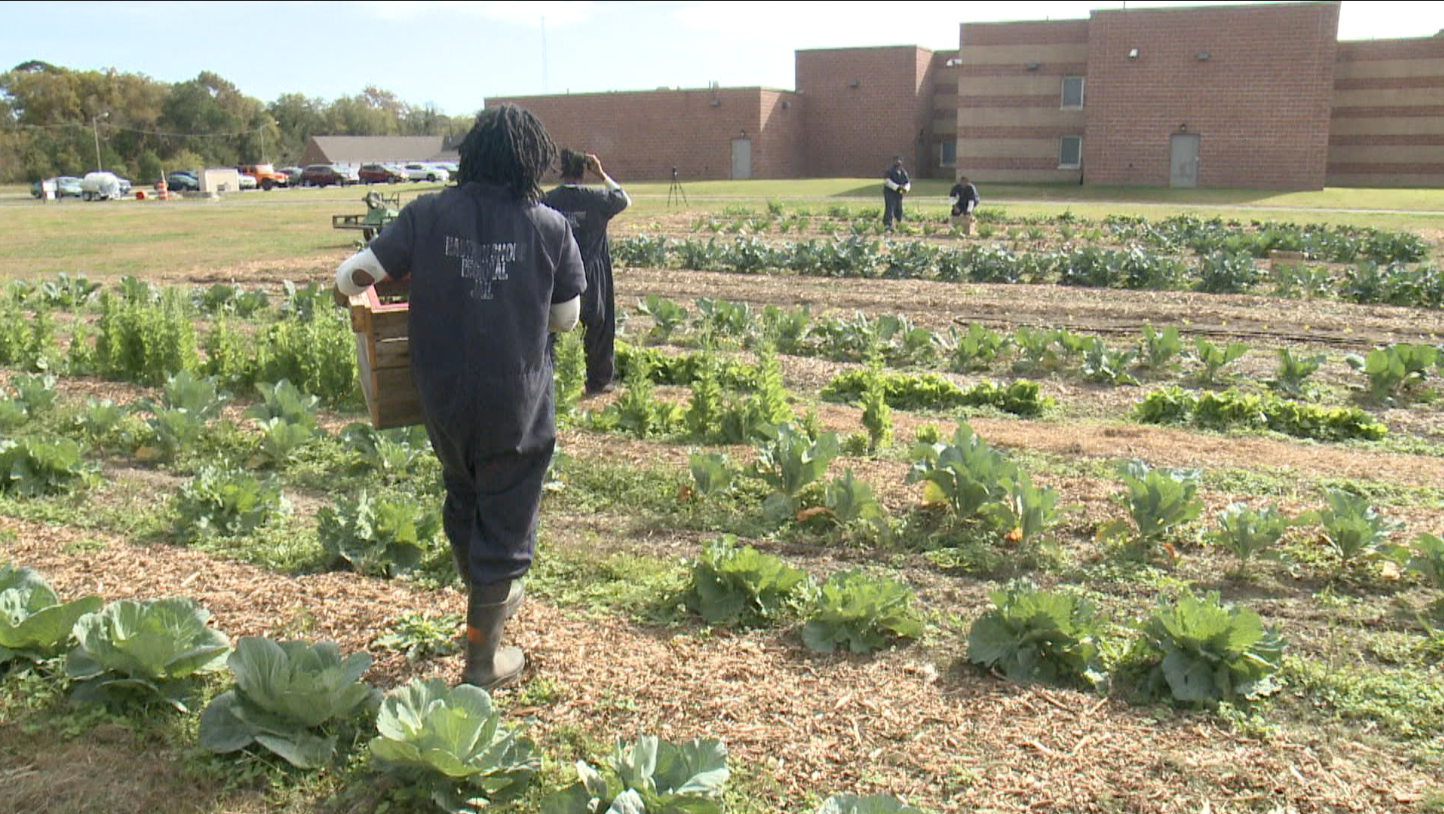 "Part of being released back into society is to feel like you are a human being," said Rev. Kelvin Jones, the program director and jail chaplain. "It's hard to do when you are locked in a cage."

"We are not shackled, we are not handcuffed, we are just free to enjoy the day," said inmate Nicole Koester.

Koester is one of eight women and eight men in the first class of the six-month program.

"You just feel so ashamed," Koester said. "You just want an opportunity to make amends and not come back and repeat it over, because once you start the cycle it's endless and you want to step off."

Rev. Jones said the re-entry program is based on the state model. He had a hand in creating it during his previous work with the Virginia Department of Corrections.

"The goal is to shift the mindset, educate these inmates, change their way of thinking and then ultimately we reduce recidivism and increase public safety," explained Rev. Jones.  "We have a choice: we can put people in prison as corrections has done over the years, give them three meals a day, let them lay in a cot, but they may not change their mindset."

George Walker is one of the eight men in the program, doing a stint of four years in the jail for malicious wounding.

"Everything I've taken from this program so far, I will apply to my life when I get out," Walker said. "I never want to come back to jail."

"We are investing in people, and when you invest in people's lives and make them feel better and valued, the end result will be productive," said Sheriff David Doughty, who oversees the jail.

Business owners on the Eastern Shore that hire the ex-offenders that complete the program are even eligible for a $2,400 dollar tax credit for each hire.

"We have a small community here," Doughty said. "Whether it be at the grocery store, gas pump, moving next door or the bus stop, these people will soon be our neighbors."