"We want to stop bullying," fifth grader Cameron Hoskin said, "so everybody can be friendly to each other. Everyone can be nice. Nobody’s crying.”

The community around the school and community leaders joined the students and marched several blocks near the campus.

Every day this week, students are taking part in specific themes to help fight against bullying.

"The parents have told you, the teachers have told you," said Robert Williams, the Operations Manager of Coastal Virginia Community Development. "We’ve empowered the students to let them know that they are ultimately... it’s on them. Bullying is going to be eradicated. It has to be done by the students." 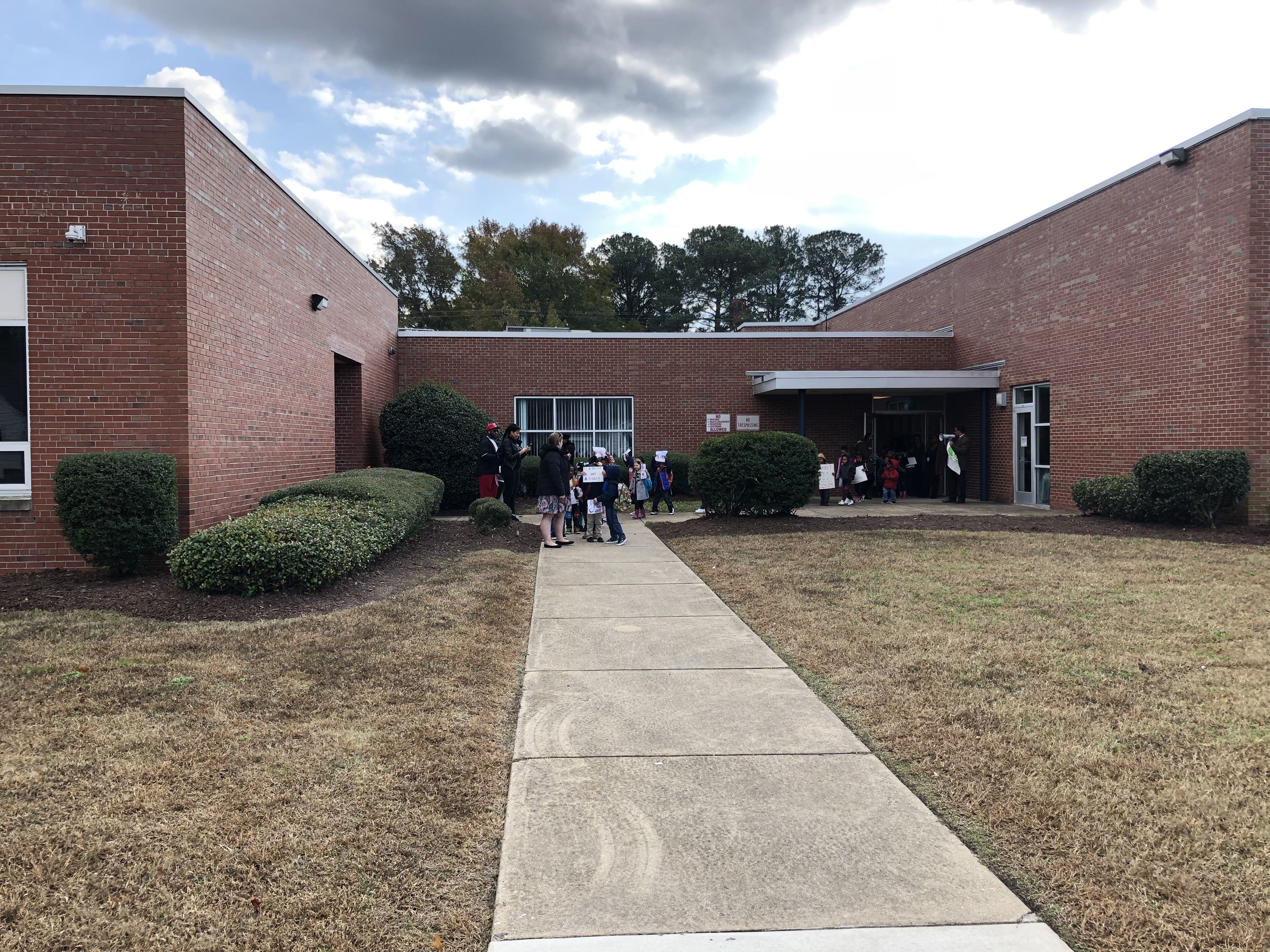 These include Pledge and Wristband Day, Hero/Shero Celebrity Dress Up Day, the Children’s Community March Against Bullying, Positive Note Day and Anti-Bullying Rally.

"It has a beginning and an end. So, it’s a five-day program. [Monday] They take a pledge to fight against bullying. Friday is the last day of the Academy and they receive their certificate saying that they completed [it], kind of like deputizing them," Williams explained.

According to Stop Bullying, the 2017 School Crime Supplement indicates that nationwide, about 20% of students between the ages of 12 and 18 experienced bullying.

"A lot of the time bullying was more overt, where someone would push someone around physically and that would be the bullying. But now, bullying has now become something that they can cyberbullying," Williams said.

Kids who participated in the march Wednesday said they hope their civic engagement will inspire other to get along.

"It makes me sad that people think they can kill their life because people are hurting their feelings," Hoskin said.