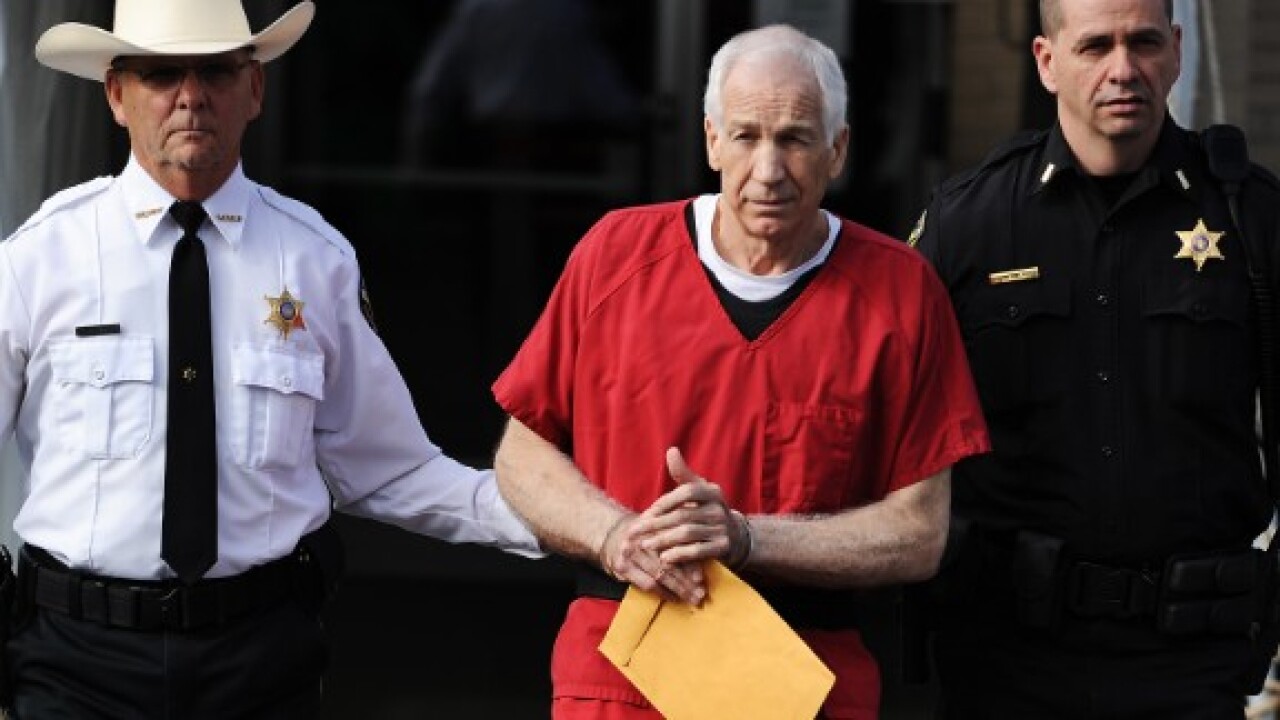 Convicted child molester Jerry Sandusky was resentenced Friday to 30 to 60 years in prison, the same penalty that was previously overturned, according to Kendra Miknis, court administrator for Centre County in Bellefonte, Pennsylvania.

Jerry Sandusky was convicted on 45 counts of child sexual abuse in 2012 in a saga that gripped Penn State and the country.

The former Penn State assistant football coach’s initial sentence of at least 30 years in prison was overturned in February by the Pennsylvania Superior Court, which found that mandatory minimum sentences were illegally imposed. Sandusky’s request for a new trial was denied.

CNN has reached out to Sandusky’s attorney for comment.

Sandusky, handcuffed in the front and wearing a yellow prison jumpsuit, was escorted into court Friday afternoon, according to news footage.

Asked by a reporter if he maintained his innocence, the 75-year-old Sandusky replied, “Absolutely.”

Prosecutors told the court Sandusky’s victims did not want to relive the trauma of reappearing before a judge, but several sent statements to be read in court, CNN affiliate WNEP reported.

“There are no words to describe the pain he has inflicted in my past, present and future,” wrote a man identified as Victim 1.

Sandusky told the court, “I apologize that I’m unable to admit remorse for something that I didn’t do,” the station reported.

Sandusky’s attorney, Al Lindsay, called the case “the worst injustice in the history of American jurisprudence.”

“It’s awful and I’m hopeful,” he said, according to WNEP. “I’m a believer in our judicial system, so when you get into one of these situations, we keep fighting it.”

Sandusky was convicted on 45 counts of child sexual abuse in 2012 in a saga that gripped Penn State and the country. The scandal ultimately led to the ouster of head football coach Joe Paterno and the university’s president.