Watch: A baby seal was rescued from a California parking deck and immediately took a much-needed nap 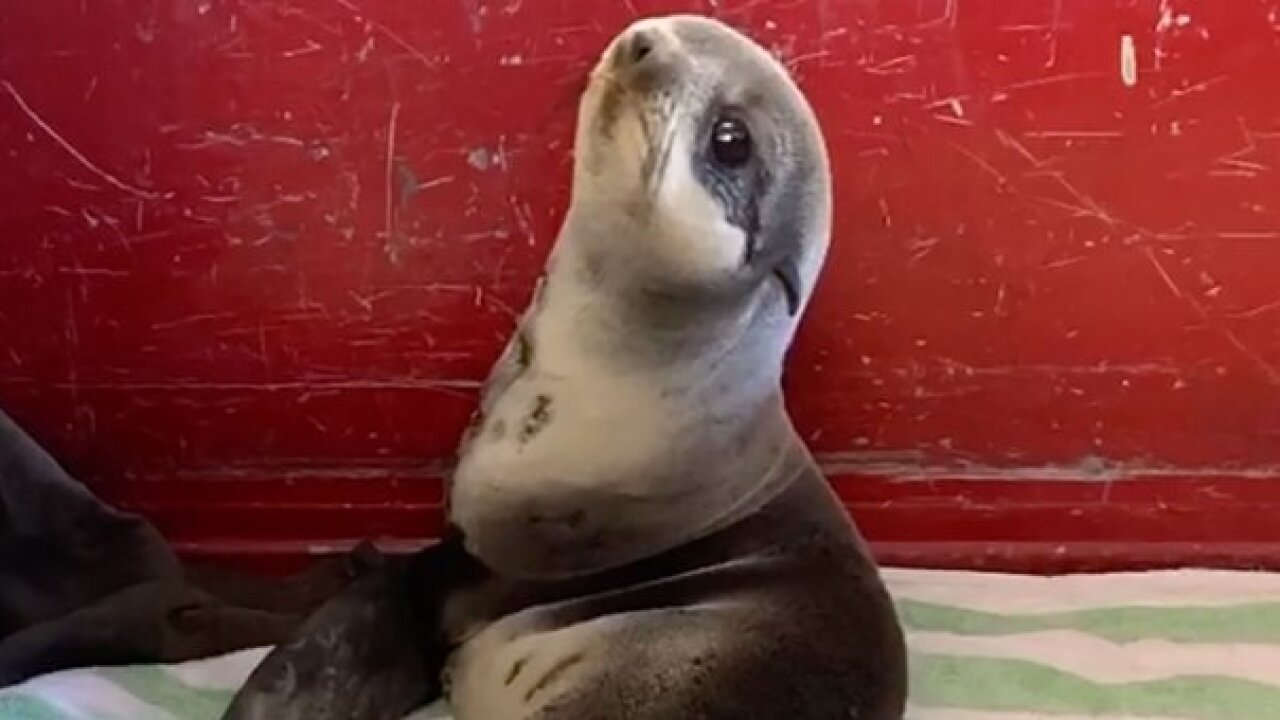 Santos, a delightfully cute northern fur seal, was rescued from a parking deck on Sunday.

Being rescued, playing with firefighters and posing for photos proved to be an exhausting day for Santos, a baby seal in Redwood City, California.

A citizen contacted the Redwood City Fire Department after seeing Santos in a parking deck Sunday. Firefighters arrived and rescued Santos, taking the seal back to the fire station, where the charming creature posed for some heart-meltingly adorable photos before taking a nap.

The firefighters caught the sleepy seal dozing off and posted the video along with footage of the seal’s rescue on the department’s Instagram.

Trained responders from The Marine Mammal Center picked Santos up from the fire station and took the seal to their marine hospital in nearby Sausalito, where the seal will be examined to determine the sex, age and health.

Santos, a delightfully cute northern fur seal, was rescued from a parking deck on Sunday.

Santos is one of many rescued seals

Rulli told CNN it is especially unusual to find a northern fur seal onshore — let alone in a parking deck — because of the living habits of the species.

Northern fur seals typically spend most of their time in the open ocean far from the shore and on remote rocky islands, according to the National Oceanic and Atmospheric Administration.

In recent years, Rulli said, the marine center has seen an uptick in the number of northern fur seals they have rescued onshore. This is likely due to the threats the changing ocean environment presents to these seals, he said.

Due to commercial fishing, food availability has changed for many marine species in the region, including northern fur seals, says NOAA. Oil and gas exploration, habitat degradation, human presence and chronic pollution as just a few threats northern fur seals are facing, according to NOAA.

Luckily, Santos is safe and sound in The Marine Mammal Center’s hospital where the pup will be monitored, treated and, if all goes well, released.