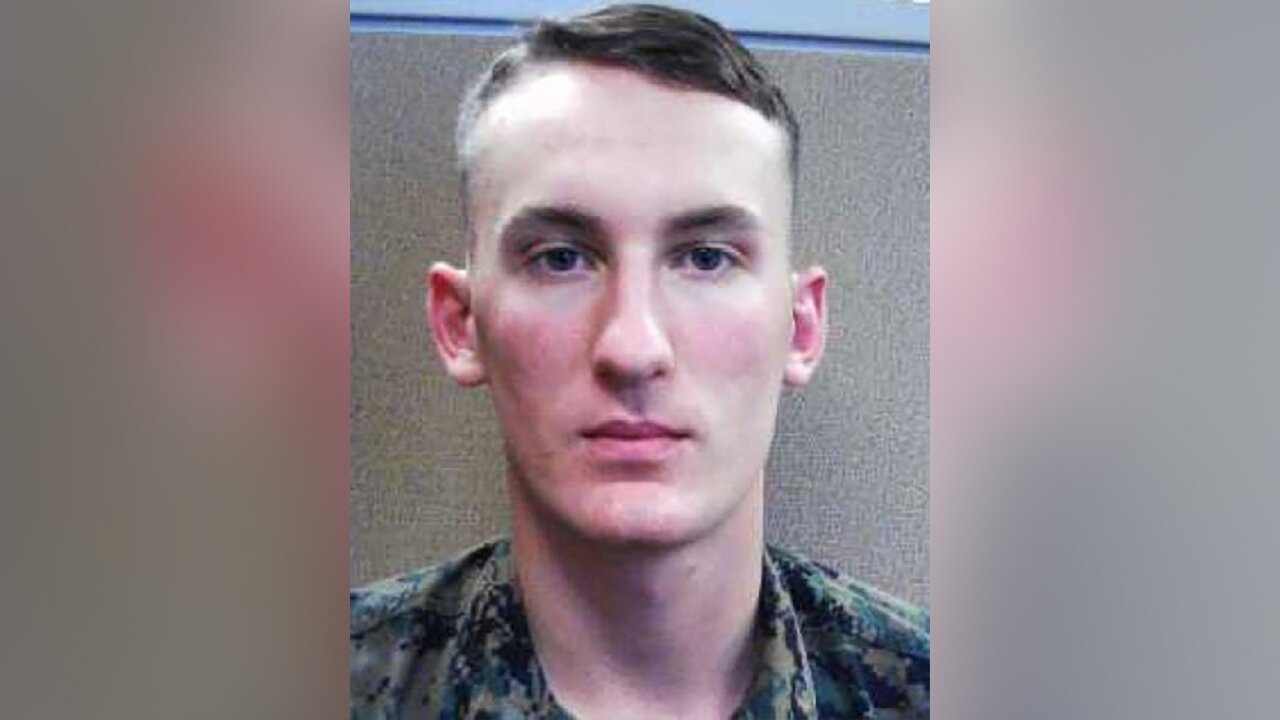 Michael Alexander Brown, a Marine deserter who is facing a murder charge, has been placed on the FBI’s Most Wanted list of fugitives.

A Marine deserter who is facing a murder charge has been placed on the FBI’s Most Wanted list of fugitives.

Michael Alexander Brown, 22, is suspected in the killing his mother’s boyfriend in Hardy, about 9 miles east of Roanoke, Virginia, authorities there said.

Franklin County Sheriff’s Office responded to a shooting report in Hardy on November 9. They found Rodney Brown, 54, dead in his home.

Rodney Brown’s girlfriend — who is Michael Brown’s mother — called police after finding Rodney’s body in the house, Capt. Phillip Young with the sheriff’s office said at the time.

Michael Alexander Brown, a Marine deserter who is facing a murder charge, has been placed on the FBI’s Most Wanted list of fugitives.

Brown deserted his post at Camp Lejeune in North Carolina in October.

According to a news release from the Franklin County Sheriff’s Office, Brown is known to frequent national parks and forests, and may be living in the woods.

He is believed to be armed with a high-powered rifle and may have access to other weapons. He is considered dangerous.

The manhunt for Brown led Roanoke, Virginia, police to shut down schools in the city earlier this month. The closures came after authorities received a call at about 4 a.m. on November 14 regarding a possible sighting of Brown.

The caller told investigators that a man in a black jacket was tapping on a window at Brown’s grandmother’s house, Roanoke police Chief Tim Jones said. Officers responded and were “able to confirm to the best of our ability that it was Mr. Brown,” he said.

The United States Marshals Service is offering a reward of $10,000 for information that leads to the location and arrest of Brown.