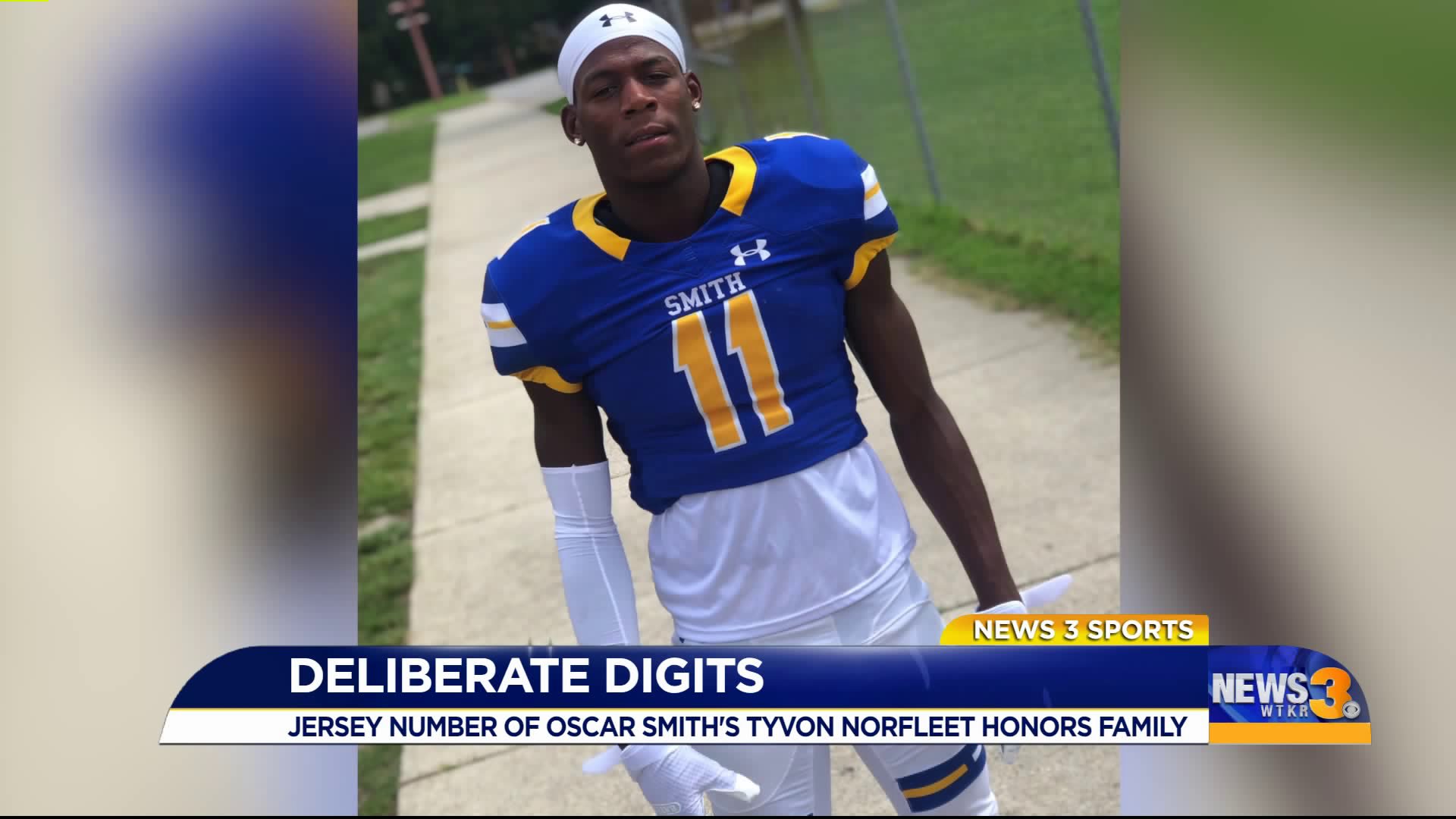 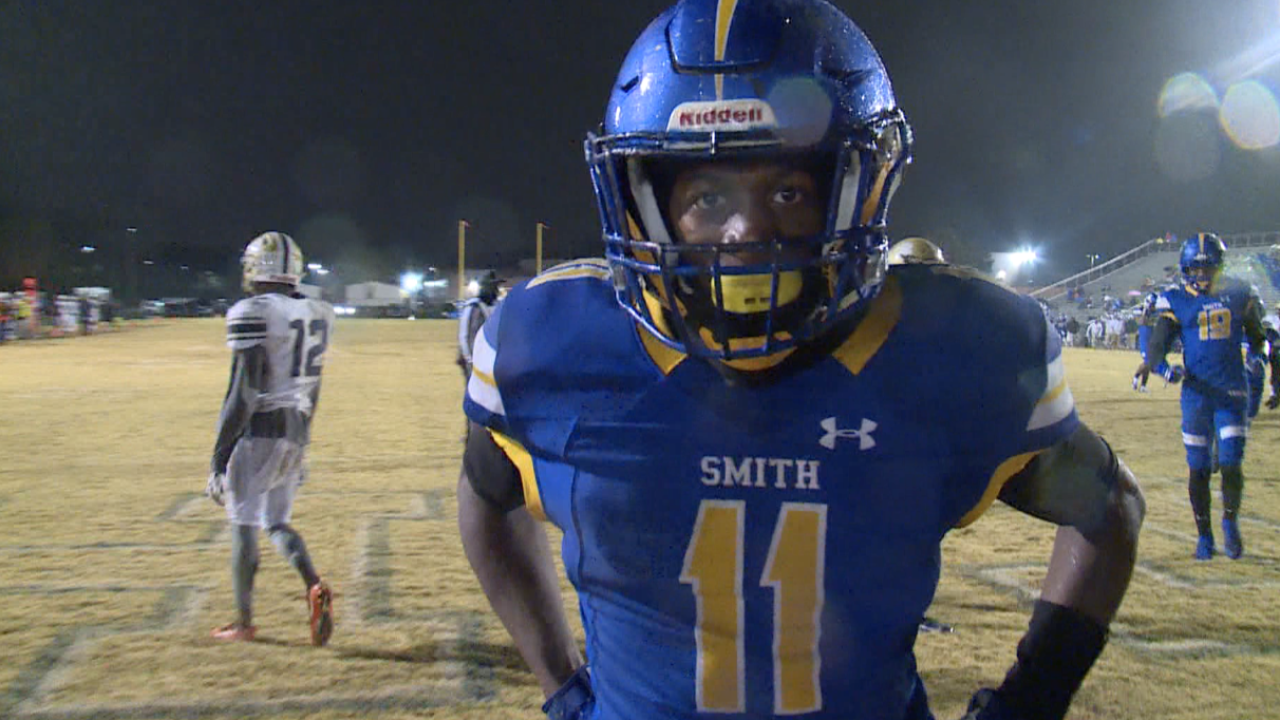 CHESAPEAKE, Va. - A jersey number. It's used to distinguish and point-out on the football field. But when it comes to identifying with a number, few others can say their digits go as deep as Oscar Smith High School's Tyvon Norfleet.

"That`s what makes me go - it pushes me," Norfleet admitted to News 3.

Norfleet, a junior running back who wears jersey number 19 for practice, is number 11 on game day. It's a tribute to Mike Norfleet, his uncle who passed away in September.

"The doctors told him the most he could live was two months," Tyvon explained. "But he survived 11 years with his lung disease. Why not wear number 11 out there? It`s leading me to great things."

Tyvon Norfleet at the funeral of his uncle, Mike Norfleet

Norfleet switched his jersey to 11 from 23 - a number he wore in honor of his late mother, Blossom Norfleet. She died at age 23, when Tyvon was only two years-old.

"I hear stories all the time about my mother," the running back said smiling. "She was nice, sweet. People say she was always laughing."

But prior to this year, Tyvon's performance was no joking matter. He underachieved on the field and in the classroom. That is, until head coach Chris Scott made a call. No, not a play call - a phone call. Scott put Norfleet in touch with one of his former players at Ocean Lakes High School: Shamarko Thomas, a six-year NFL veteran.

"There's just something about knowing that other people have gone through some of the same things as you," Scott noted. "It's bigger than football. Shamarko Thomas lost both his parents."

Defensive back Shamarko Thomas #29 of the Pittsburgh Steelers. (Photo by Stephen Brashear/Getty Images)

"A lot of the stuff we talk about, we've usually been through the same thing," Norfleet said of his relationship with Thomas. "That`s why, I think, we connect the way we do. Shamarko Thomas hasn't had a little impact, he's had a big impact on me."

Norfleet not only leads the Tigers with 810 yards and 12 touchdowns, he's an honor roll student holding a scholarship offer from Virginia Tech. You could say the mentorship and motivation has done a number on Tyvon Norfleet.