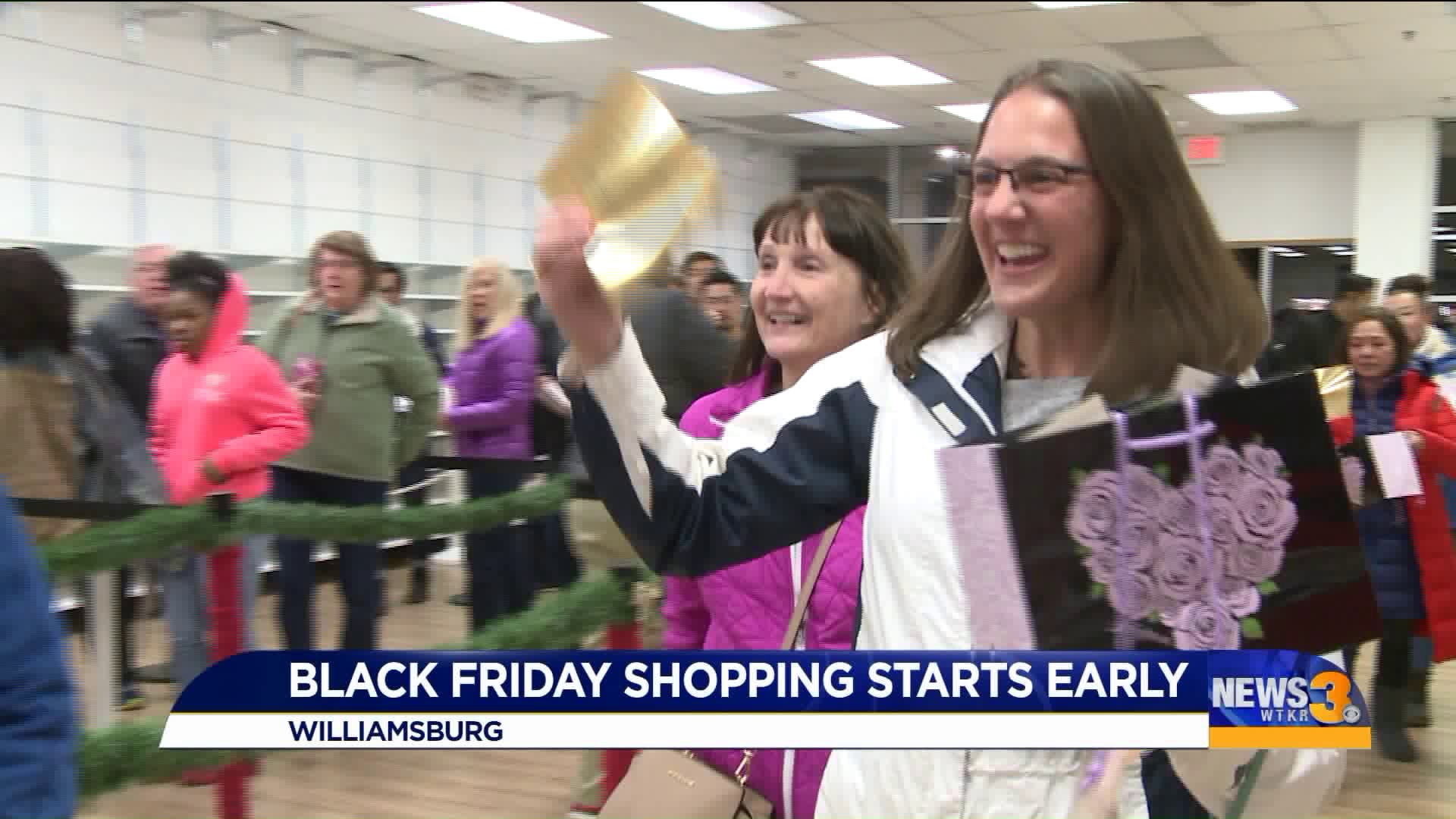 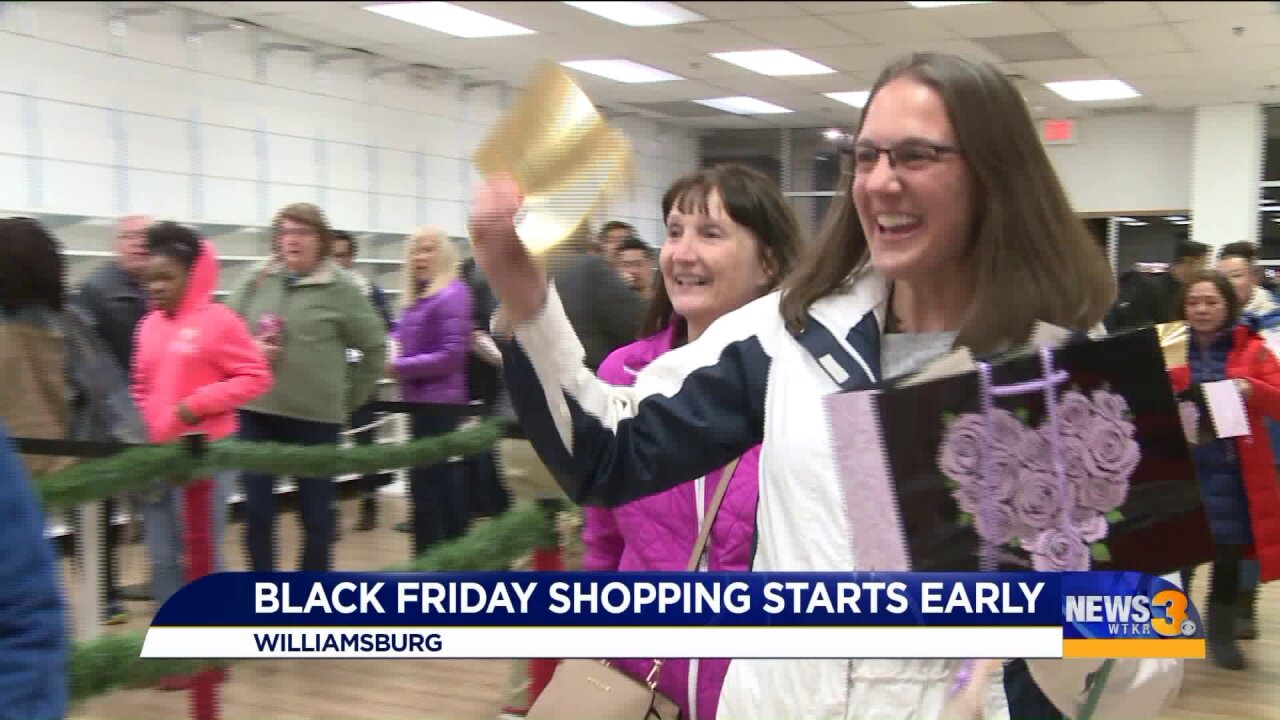 WILLIAMSBURG, Va. - It was still Thursday, Nov. 28, Thanksgiving Day, but for the shoppers at the Williamsburg Premium Outlets, it was already Black Friday.

Stores opened at 6 p.m. and a long line formed outside an empty store front with rows of holiday bags and rope barriers. It was here the Outlet was giving away "Swag Bags," bags filled with coupons, special offers and other items. There were 700 bags, but 100 of them had "golden tickets," which were handed out at random.

Lynn Palczewski was second in line for a bag. From Buffalo, New York, she was down in Williamsburg for Black Friday.

"My whole christmas list will be tonight," Palczewski said. " I hope to get it all done."

When the doors opened, she and the person she was with walked in, traversed the maze of rope barriers, and got their bags. She ended up getting a bag with a "golden ticket" and traded it in for a blanket.

"She really wanted a a blankie so here you go," The person she was with said as she handed Palczewski the blanket. "Merry Christmas!"

Others whom received "golden tickets" could trade those in for items such as handbags, jackets, among other items.

Lines formed outside of stores such as Michael Kors where staff let in groups of people at a time. Stores had offers of up to 70 percent. While it was chilly, shoppers were determined to take advantage of those deals.

The Outlet's general manager, Lynn Meredith, said families have made it a tradition to shop at the Outlets during Black Friday.

"It's become a family tradition to come out here and have a good time and just enjoy one another and the spirit of giving," Meredith said.

The parking was at full capacity at one point in the evening. Other stores that had lines forming were Tommy Hilfiger and the Nike store.

The Williamsburg Premium Outlets will be open throughout the night and into Friday.