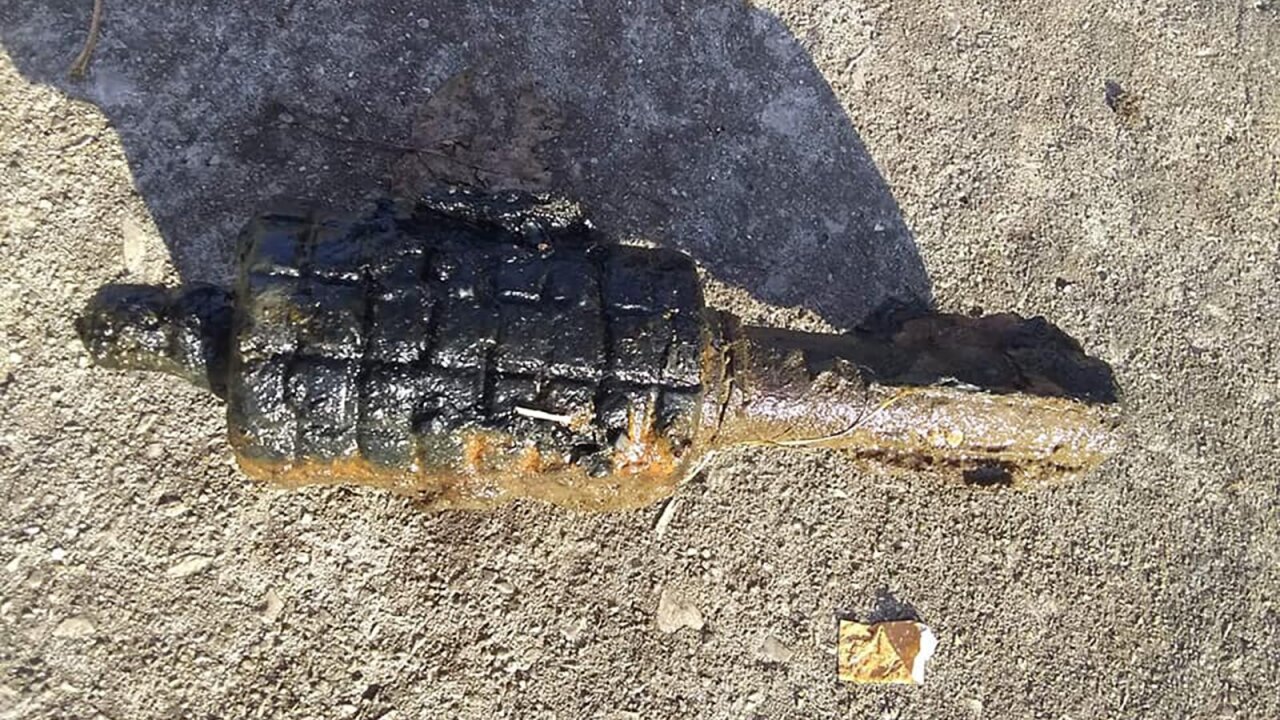 We mean that quite literally — Joseph Alexander fished out an antique mortar grenade.

He made the find from the Sixth Street bridge in downtown Grand Rapids, Michigan, which is about a half mile from the Gerald R. Ford Presidential Library and Museum.

Grand Rapids Police told CNN the device was a German Granatenwerfer, which was used during World War I.

“It’s probably been submerged for some time and due to its age it’s probably somewhat innocuous,” Sgt. John Wittkowski told CNN. He said the bomb squad did not X-Ray the weapon to see if it was still live, but they plan use C4 explosives to destroy it as a precaution.

Alexander was using a strong magnet tied to 65-foot-long cord to search for metal objects in the cold water.

He told CNN that he’d found some rebar, fishing hooks and things like that, but hadn’t pulled up anything interesting until his last throw of the day.

“It was a very strong click,” when the magnet latched onto the grenade.

Alexander said he was alarmed when he first pulled it up, but convinced himself that it wasn’t really a grenade and took it home.

He posted photos of his find online and then called the police when people told him that it was probably real.

A bomb squad officer came and took it away.

Wittkowski said this sort of thing happens from time to time, especially as magnet fishing becomes a more popular hobby.

“I’m not sure how and why this happens, but it does,” he said. His guess is people find their relative’s war souvenirs and throw them in the river to get rid of them.

Alexander has been magnet fishing for about a month after watching lots of videos about the hobby on YouTube. He says he’s pulled about 2,000 pounds of metal out of the water over that time.

“It kind of combines environmentalism and treasure hunting,” he said. “Cleaning up the waterways, and while you’re doing that finding some cool artifacts.”

He says you feel a satisfying click in the rope when you find something.

“That’s when you know ‘I found something awesome,” he said. “You kind of just cross your fingers and pray that nothing in the water knocks it off your magnet.”

Most of what he’s found has been junk like rusted bicycle wheels, a crowbar, car parts and railroad spikes.

Before Tuesday, the coolest thing Alexander said he’s found was a Smith & Wesson hunting knife that someone had dropped in the water.