Watch: ODU Women’s Basketball shares what they are thankful for on Thanksgiving 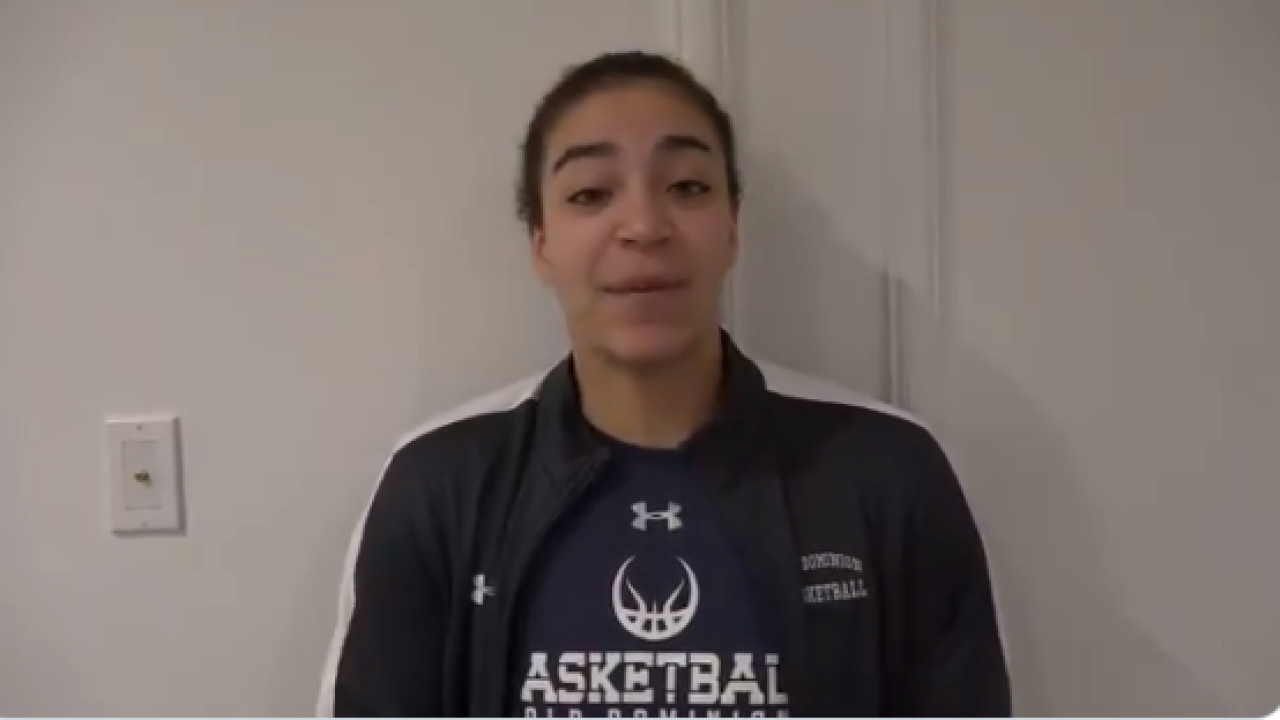 HAMPTON ROADS, Va. – While many in Hampton Road are either at home or away with family, members of the Old Dominion University Women’s Basketball Team are in California for a game. But that doesn’t mean they aren’t thankful for so much in their lives.

The team released a video where players shared what they are thankful for this Thanksgiving.

We have a lot to be thankful for. Happy Thanksgiving from ODU Women's Basketball 🦃🍂🥧#Empower | #Monarchs pic.twitter.com/fomnY462k1

While it is not known if the video was recorded on Thanksgiving, it was tweeted out on Thursday.

The Monarchs are 3-1 overall on the season, receiving its first loss in a close overtime game to the University of Virginia on Sunday.

ODU will next play Friday in California against Cal Poly.

Click here for full holiday coverage and local events.
Copyright 2020 Scripps Media, Inc. All rights reserved. This material may not be published, broadcast, rewritten, or redistributed.