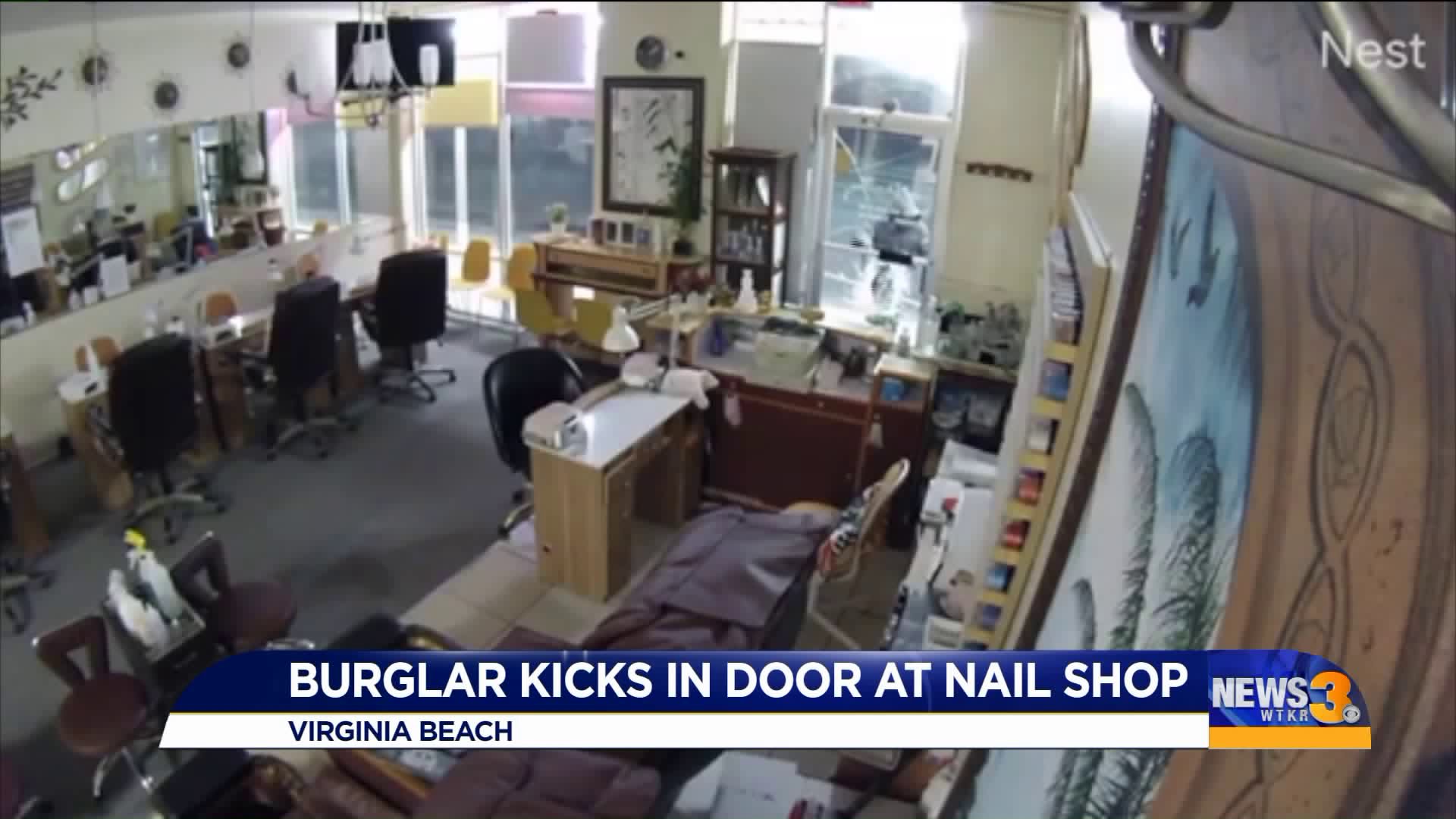 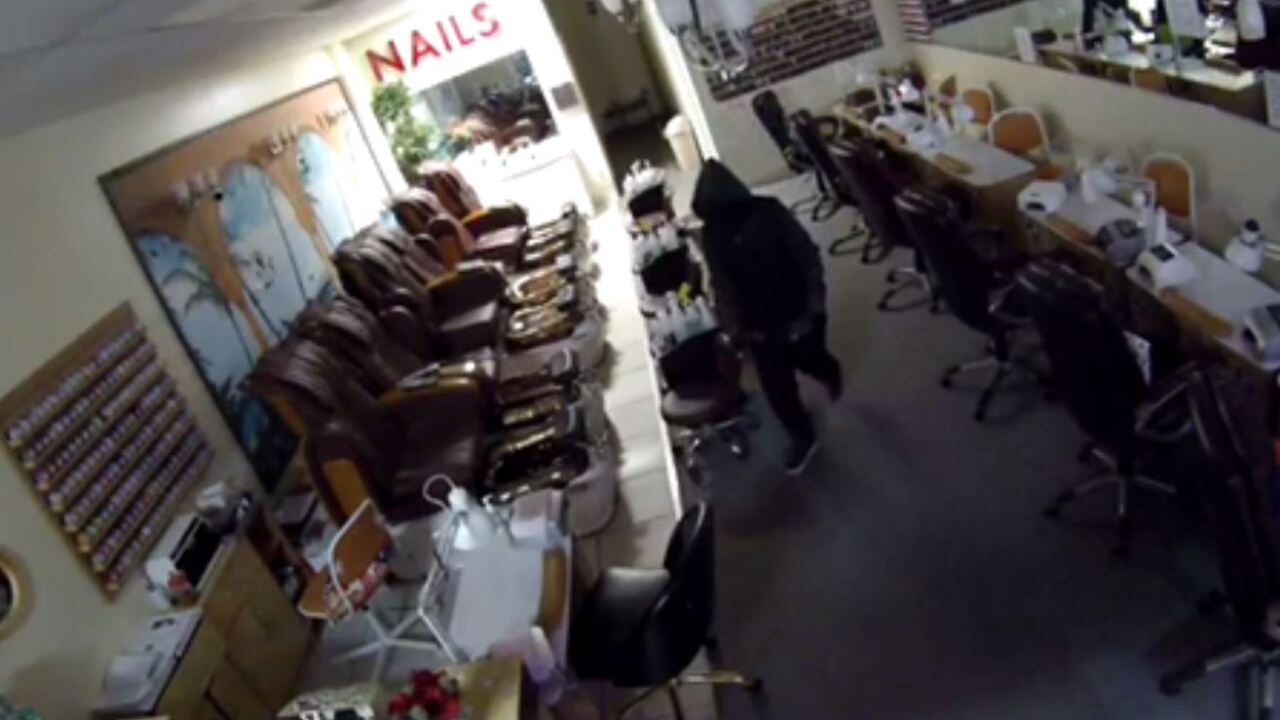 VIRGINIA BEACH, Va. - After multiple forceful kicks, a thief was able to reach his hand through the glass front door of a Virginia Beach nail shop.

Once inside, the owner told News 3 the burglar got away with roughly $800 from their cash register.

“That's pretty crazy, how they broke through the front door,” Russell Painter, who shops nearby, said.

We talked with shoppers and other business owners Friday at the London Bridge Plaza.

This is off of Virginia Beach Boulevard.

“Those people work really hard and for them to even have somebody just break into there, they’re always there,” Andienne Bradley, the owner of Margarita Grill, said. “They never skip a day. So that was just sad.”

While sad, Bradley said it’s not much of a surprise.

“About a month and a half before that, they hit the China Moon. Somebody tried to break into our location at 9 o’clock in the morning on a Sunday. I actually hit him with the door,” she explained.

The nail salon’s owner said this is the second time they’ve been a target.

Staff at Cricket Wireless next door told us the burglar also tried getting inside their store but was unsuccessful.

According to investigators, the burglary happened on November 15.

“I would definitely check my surroundings before I get out of the car,” Marshia Maestas, who was shopping for her son at a nearby store, said. “I’m going to continue coming here.”

Bradley said her company also has extra measures in place.

If you know who the thief could be, take action and call the Crime Line.