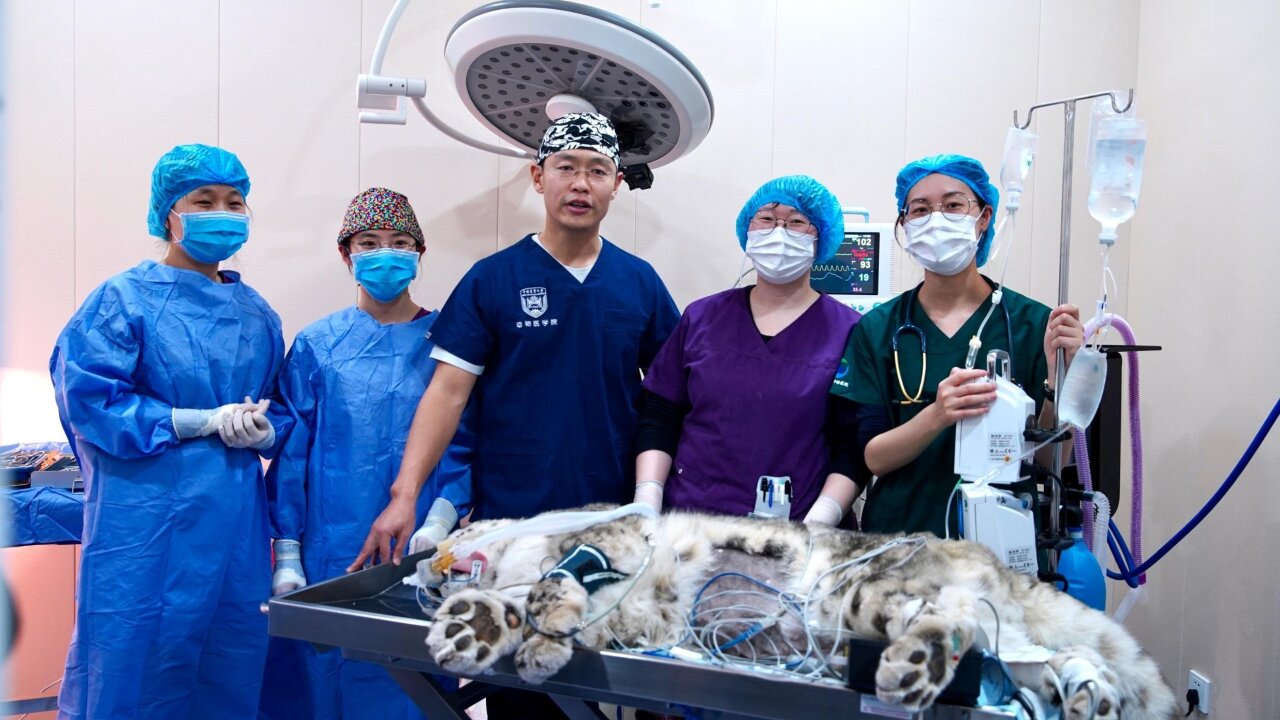 Linghan the snow leopard had cataract surgery on November 26 in the city of Xining.

A wild snow leopard found injured and unable to see has had its vision restored after Chinese veterinarians removed a cataract in what they say is a world-first surgical procedure.

Linghan the snow leopard had cataract surgery on November 26 in the city of Xining.

Linghan, a snow leopard believed to be over 11 years old, went under the knife on November 26 in the city of Xining, in the northwestern province of Qinghai. It is the first time a snow leopard has had the procedure, according to Zhang Qi Xin, assistant director of Xining Zoo.

Cataracts cause the lens of the eye to becomes progressively opaque, resulting in blurred vision.

During the procedure, which lasted for about three hours, an intraocular lens was implanted in Linghan’s right eye after the cataract was removed.

Linghan’s sight is expected to be restored in about a month.

Linghan the snow leopard was anesthetized during the three-hour operation.

“This is a very important surgery for the leopard,” Zhang said. “Even without eyesight, it can still survive in the zoo. However, to the leopard itself, recovering its vision is extremely important for its physical state.”

Linghan was “thin, in bad condition and had lost sight in both eyes” when it was found in the wild in the Yushu Tibetan autonomous region of Qinghai.

Snow leopards, which have evolved to live in harsh mountainous terrain, are a vulnerable species, with only up to 6,500 remaining in the wild, according to the Worldwide Fund for Nature.

Xining Zoo is home to 12 of the big cats. According to a statement by the Xining Zoo, posted on the WeChat social media platform, snow leopards are a Class A protected species in China, with about 2,500 left in the country.