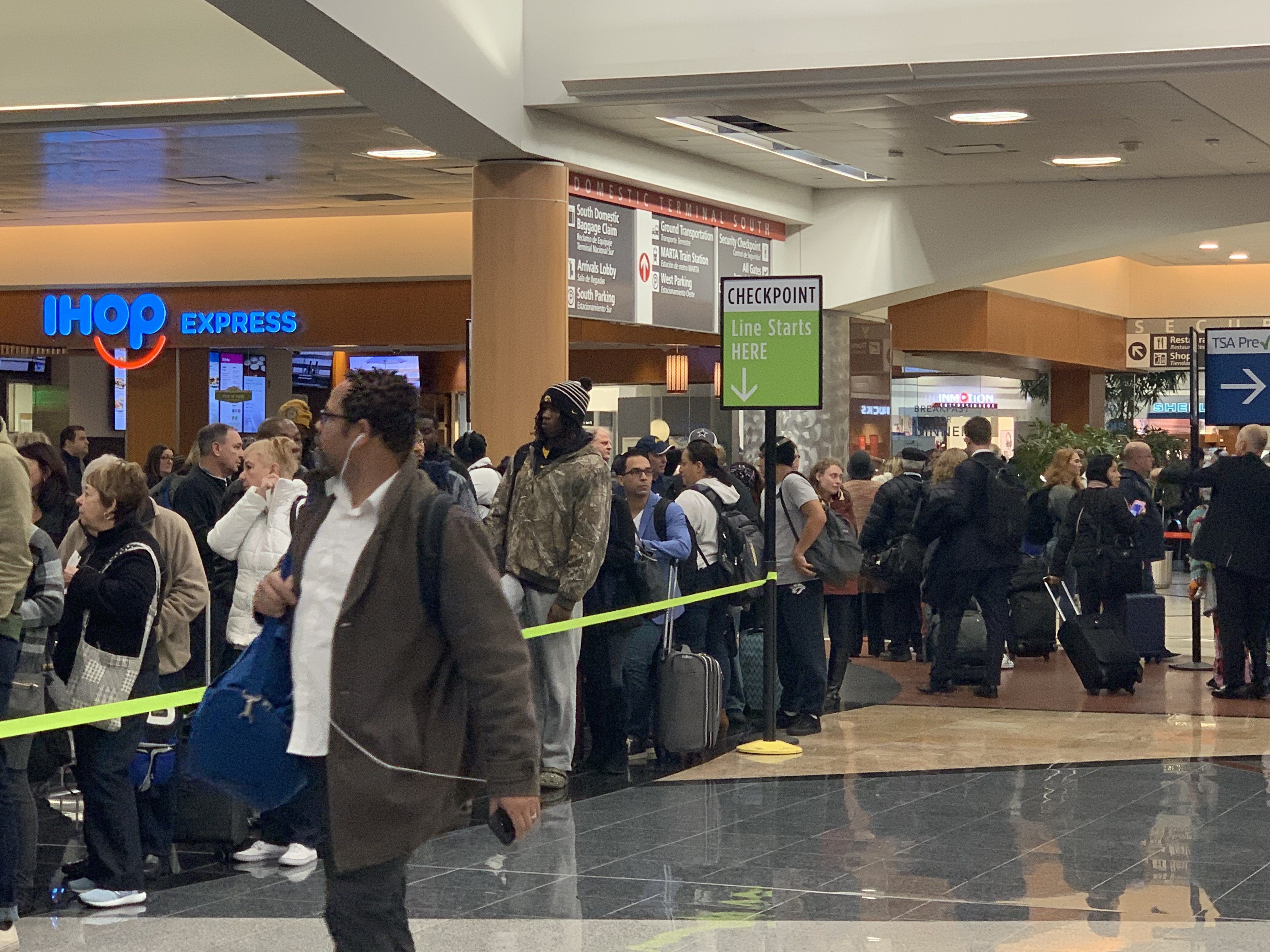 Thousands of post-Thanksgiving travelers are stranded as heavy snowfall pounds the Northeast and a treacherous storm drenches much of the West Coast.

More than 50 million people are under some kind of winter weather alert through Monday afternoon, CNN meteorologist Dave Hennen said.

More than 200 flights to or from US airports have been canceled for Monday, and more than 1,000 flights have been delayed so far on Monday. Many US airlines, including Delta, American, United and Southwest, are offering waivers for passengers who want to change or cancel their flights.

For many parts of the country, expect the weather to get worse before it gets better.

2 inches of snow an hour

Parts of New England could be covered by a foot of snow by Tuesday, CNN meteorologist Rob Shackelford said.

Albany, New York, about 150 miles north of New York City, was getting up to 2 inches of snow per hour Monday morning, the National Weather Service said.

The heaviest snow will continue to fall from upstate New York into New England, where a few locations have already reported as much as 18 inches of snow, Hennen said.

“The snow and ice extend to the south as well, with winter storm warnings or advisories extending down the Appalachians into Tennessee and North Carolina,” Hennen said.

Massachusetts State Police reduced the speed limit to 40 mph for the entire Massachusetts Turnpike — a highway running though the state — all the way from the New York state line to Boston due to treacherous driving conditions.

In parts of Rhode Island and Connecticut, snow has turned into freezing rain and drizzle, the National Weather Service said.

In Maryland, state police said 58 vehicles were involved in a crash on westbound Interstate 68 Sunday. Ten people were hospitalized and I-68 was shut down for approximately four hours, said state police spokeswoman Elena Russo. Heavy fog is believed to have been a factor in the accident, Russo said.

A stubborn storm is still pumping rain in California

On the West Coast, a storm over northern California keeps dumping rain and leaving mountaintops white.

“A new area of low pressure will be pushing into California over the next 48 hours, bringing rain and mountain snow,” Hennen said.

“Winter storm warnings continue for the Sierra, where up to an additional foot of snow is expected.”

Parts of the San Francisco Bay Area were already deluged with 7 inches of rain over the weekend, the National Weather Service said. Rain will likely continue through Tuesday, Shackelford said.

“Some showers continue mid-week,” the NWS office in Sacramento said. “Another strong, wet system could arrive late in the week, bringing the potential for moderate to heavy rain and mountain snow. ”

The rain could be especially dangerous in areas burnt by recent wildfires, as the lack of vegetation could lead to mudslides, Hennen said.

By the time the storm system rolls out of the state, Shackelford said mountaintops across the Sierra Nevada could be left with up to 2 feet of snow.