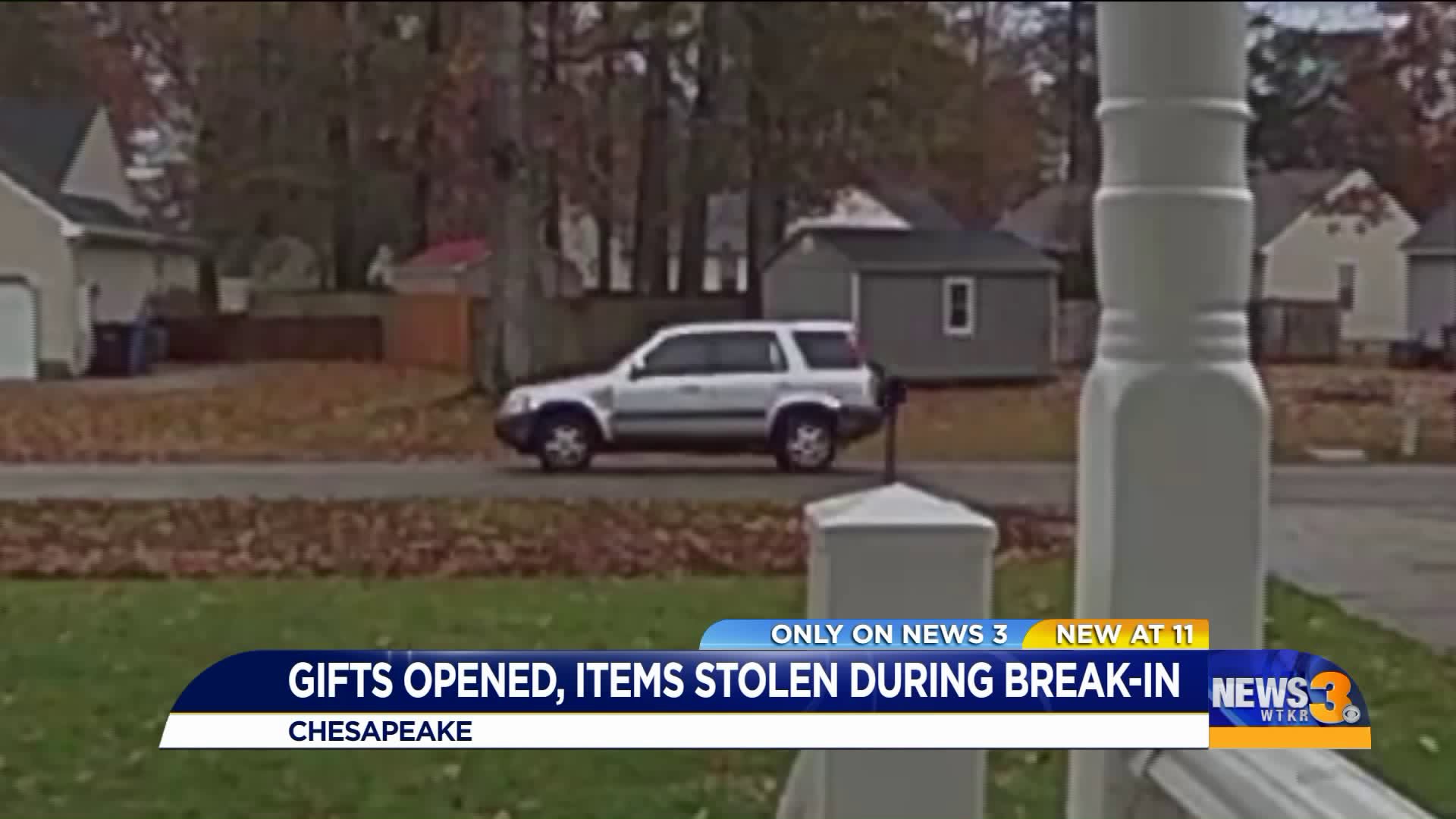 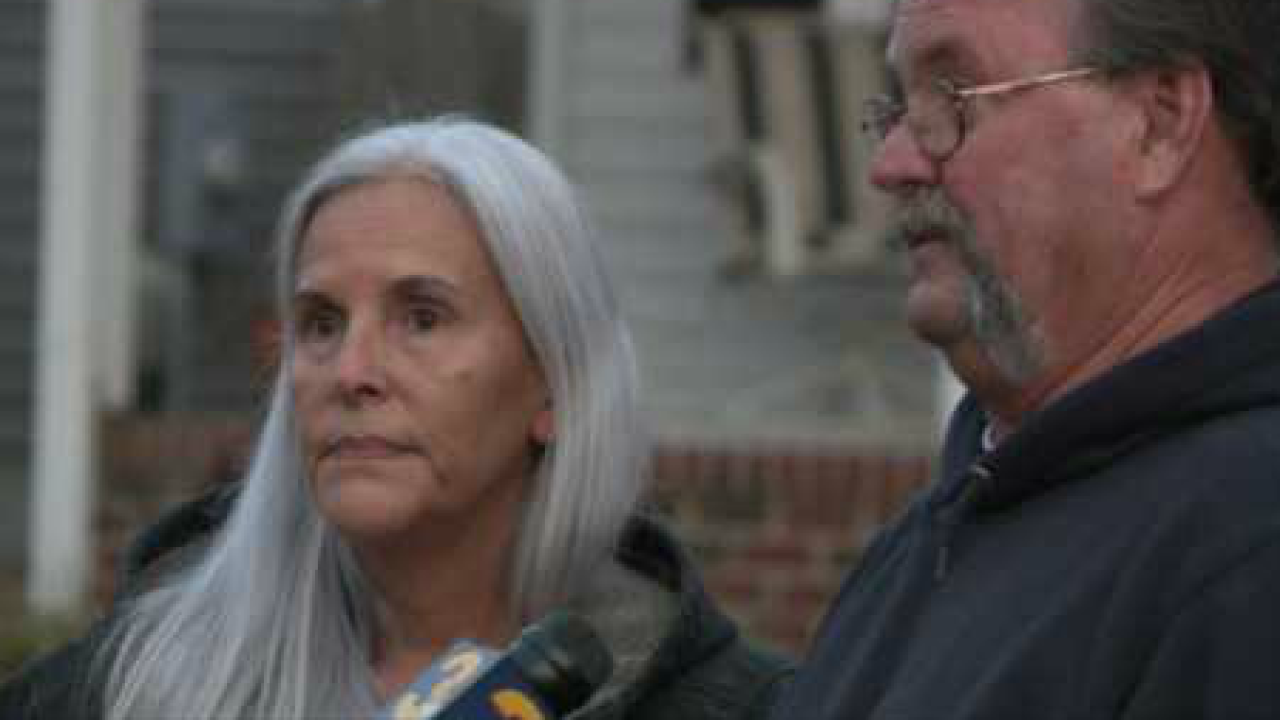 CHESAPEAKE, Va. - A couple says a thief tore open Christmas presents and stole their guns and electronics after breaking into their Chesapeake home.

Security videos from neighbors in the Homemont section of Chesapeake captured video of an SUV outside of Kathi and Ricky Gent's house on Monday morning.

They said they were shocked to see what the burglar did to the inside of their home.

“He took all of our firearms and he took two laptops and rummaged through everything in the house. Destroyed everything,” said the couple. “He went through the Christmas presents.”

The presents were for their grandchildren and some of the guns belonged to Kathi’s father. They said they wanted to pass them down to the kids.

They were distraught by what happened but said they were glad no one got hurt.

The videos show a person parked in the SUV outside their home. The person is seen walking up to the door, it sounds like they knock repeatedly and then they get back into the vehicle and back it up into the couple's driveway against the house.

You can’t see what happens next, and police say they can’t confirm that the vehicle was involved in the burglary.

However, we do know that around that time period someone kicked in a door to the Gents' home and stole several items.

Neighbor Johnny Foreman, a friend of Ricky's, said he was driving by the Gents' home around 9:30 a.m. Monday when he noticed the side door was open.

He said he called his friend to tell him and went inside. He then noticed a mess inside and damage to the doors.

The victims say the house was ransacked by a burglar.

Two weeks ago, News 3 told you about two homes on Erie Street that were broken into.

The most recent break-in happened on Denver Street.

Neighbors are fed up, on high alert and watching out for each other.

“We have the best neighbors ever. He better not come back to this neighborhood, I can tell you that,” said Kathi.

Neighbors say the break-ins all happened during the day when people were at work.

If you recognize the man pictured above, you can anonymously report your tip to the Crime Line.