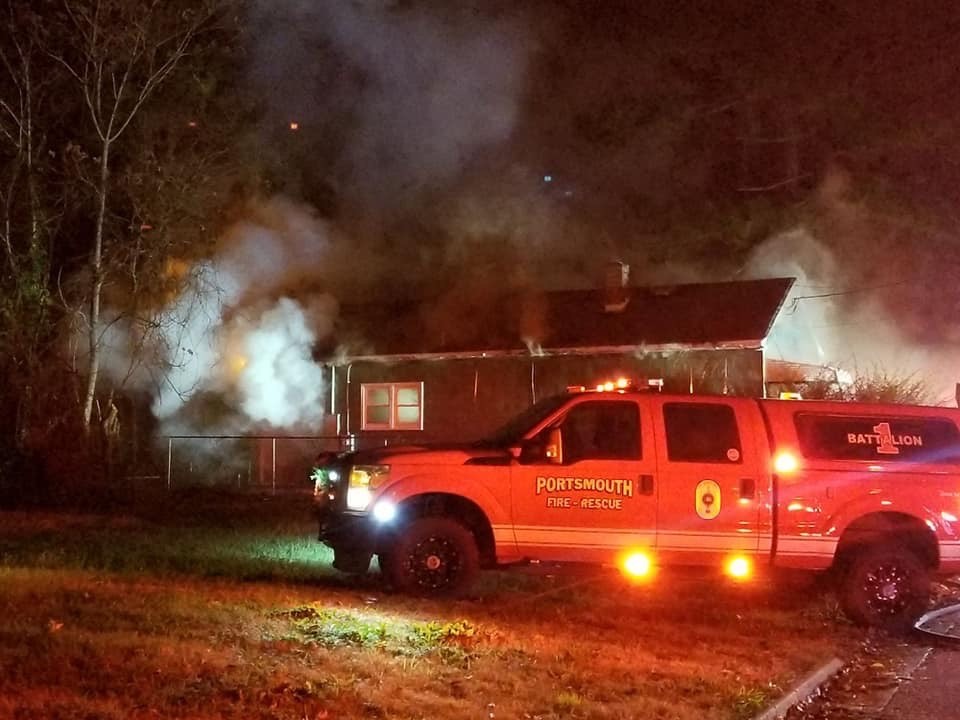 The fire was in the 1000 block of Fayette Street in the Prentice Park section of the city just before 1:30 a.m.

When firefighters got there smoke and flames were coming from the back of the home. Firefighters said they made an aggressive interior attack and the fire was marked under control at 1:37 a.m.

The home was in the process of renovation and was not occupied at the time of the fire.

The Portsmouth Fire Marshal’s Office is investigating the cause of the fire. No injuries were reported.