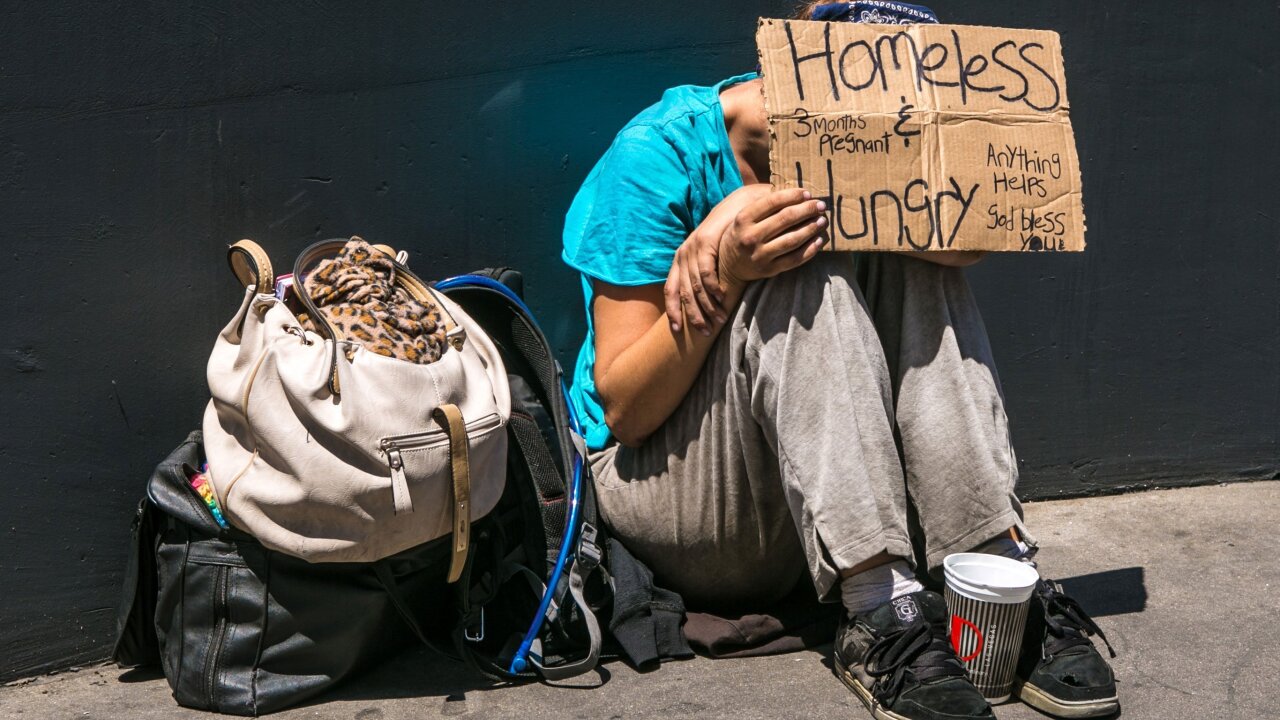 In an attempt to get homeless people off city streets, the Las Vegas City Council has passed an ordinance that makes it a crime to camp or sleep on a city sidewalk.

The City of Newark, New Jersey, filed a federal lawsuit Monday against the city of New York to stop their program of relocating homeless residents to the Newark area.

**Embargo: New York, NY**
This image, from CNN affiliate WCBS, shows conditions in one of the Newark apartments it says was part of the homeless relocation program.

The lawsuit also lists New York Mayor Bill de Blasio and Department of Social Services Commissioner Steven Banks as defendants. It claims that the Special One-Time Assistance program, also known as SOTA, had case workers pressure eligible people in shelters to move outside of New York City and didn’t effectively check on the conditions of the apartments in which they were placed.

It says that when SOTA recipients contacted SOTA case workers about the conditions and lack of action by landlords, case workers claimed they could no longer help them because they were now residents of Newark.

“Newark is concerned about the living conditions of perhaps one thousand or more SOTA recipients,” the lawsuit says. “From the small sample of SOTA recipients that Newark was able to identify, Newark has become aware of families, including those with infants, that are living in uninhabitable conditions. This includes issues with lack of heat, electricity, excessive vermin, and dangerous living conditions.”

“In the face of a regional housing crisis, the City of Newark has inexplicably taken a page from the Trump playbook, building a wall to single out and prevent families from seeking housing where they want to live,” Cohen said.

The SOTA program provides working individuals or families who’ve been in a shelter for at least 90 days with one year’s rent paid in full to move into housing within New York City or another state, according to the New York City Human Resources Administration website.

Newark claims the defendants “refuse to disclose” everyone placed in Newark under SOTA, according to the lawsuit. It is not immediately clear how many people have participated in the SOTA program.

In the lawsuit, filed in the District of New Jersey, five families shared detailed accounts of their subpar housing and how SOTA case workers allegedly said they couldn’t help. They described deteriorating apartment interiors and lack of heat or electricity, with landlords who were unwilling to fix the problems.

In one case, a family said they reported the conditions to the city of Newark and the building was condemned. In another case described in the suit, a family’s babysitter quit because there was no heat or electricity, and the mother lost her job when she had to take care of her children.

Giselle Routhier, policy director at Coalition for the Homeless, a New York City-based advocacy group, said that while the program is flawed, the real problem lies with lack of quality, affordable housing from either city.

“Homeless families are being caught in the middle,” Routhier said.

Mark Di Ionno, interim director of communications for Newark, said “Mayor (Ras) Baraka and Mayor de Blasio are making plans to meet to discuss the situation,” and he would withhold comment until then.