After hitting a dog with his car, a Canadian man drove it to safety. Turns out it was a coyote 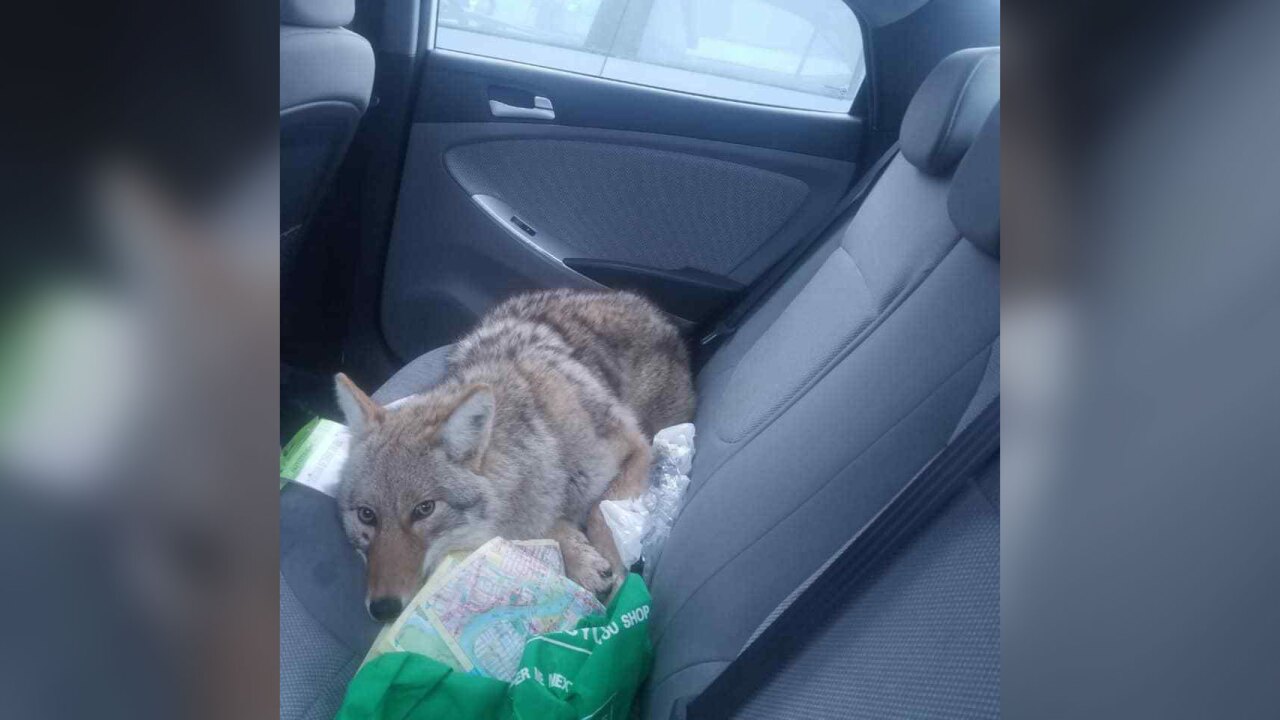 Eli Boroditsky was driving to his night shift last week on a narrow rural road in Manitoba, Canada, when his car hit what he thought was a dog streaking across the dark road.

After he clipped the animal, it flew into the ditch on the shoulder. He parked and used a small flashlight to get a look.

“I thought it was a German shepherd or a husky,” he told CNN news partner CBC. “I didn’t think it was a wild animal.”

Eli Boroditsky was driving to his night shift last week on a narrow rural road in Manitoba, Canada, when his car hit what he thought was a dog streaking across the dark road.

Boroditsky said he was reluctant to leave it lying on the side of the road.

“It is amazing how docile it was. I was petting it,” he said.

So, to protect it from predators in the night, he picked up the animal and laid it on the floor of his Hyundai.

Boroditsky drove the last mile or so for his 10 p.m. shift at the Bothwell Cheese factory in New Bothwell, Manitoba, just south of Winnipeg. But a coworker went out to look at the animal and delivered him a big surprise.

That “dog,” the coworker said, was actually a coyote.

The coyote is recovering in an animal rehab center

It wasn’t immediately obvious it was a wild animal. The coyote was only about 30 pounds and seemed tame, though hurt.

But Boroditsky’s coworkers, who had more experience with animals, said it looked to be a young female coyote.

It was Tuesday night, and Boroditsky started researching where he could take the coyote to get care. But he was told he’d need to wait until the morning for someone in animal management to come pick her up.

Over the next 11 hours, the coyote didn’t even defecate or urinate while spending the night in the relative warmth of Boroditsky’s car.

One of his coworkers, Aviva Cohen, told CNN she arrived for work at 6 a.m., but although Boroditsky’s shift was over, he couldn’t drive home. He still had a wild animal in his backseat.

Cohen texted a cell phone number for a nearby wildlife rehab center, and a conservation officer was able to arrive just before 9 a.m.

Zoé Nakata, the executive director of the Wildlife Haven Rehabilitation Centre, told CNN the coyote is now recovering well at her facility. She said the coyote is between 1 and 3 years old and “getting stronger by the day.”

Nakata noted the animal sustained head trauma in the collision, along with scrapes on the face and leg.

But she said she expects the coyote to make a full recovery and be ready for release back into the wild in a few weeks.

She warned people to be careful if they see large animals that are wounded, because after regaining consciousness, they can lash out. She recommended people call a rehab center or their local wildlife management branch.