NEWPORT NEWS, Va. - With every pair of shoes he buys, Bill Hoffman is thinking of his late wife.

"It was Melissa's idea, and it's a big part of carrying on her legacy," said Hoffman.

Melissa Hoffman always had an affinity for shoes.

"She was a real estate agent and had a closet full," Hoffman explained.

Back in 2014, Melissa noticed a 6-year-old boy in their neighborhood walking barefoot in the cold, carrying his shoes by his side. Bill said she was shocked by the image.

"She wanted to know what the story was there, and it turned out it was his only pair of shoes. Actually, [they were] hand-me-downs from his grandma; they were too small and didn't fit, " he explained.

Soon after, the Hoffmans started Shoelady.org.

The site allows them to partner with schools on the Peninsula to identify children who need the basic necessity while gathering shoes from donors along the way.

"For a child, it is almost a question of self-esteem. Kids put so much stock in shoes," said Hoffman.

Just weeks after the organization was rolling out their first big donation, Melissa unexpectedly died. Now, Bill and their daughter, Caroline, are continuing to put their best foot forward in her memory.

"We have grown from 85 pairs of shoes that first year to this year, and this year we expect to give out 827 shoes," said Hoffman.

On Monday, December 16, they will make the big donation at 25 schools.

"It is good to be able to provide them some relief at least once a year," said Hoffman. 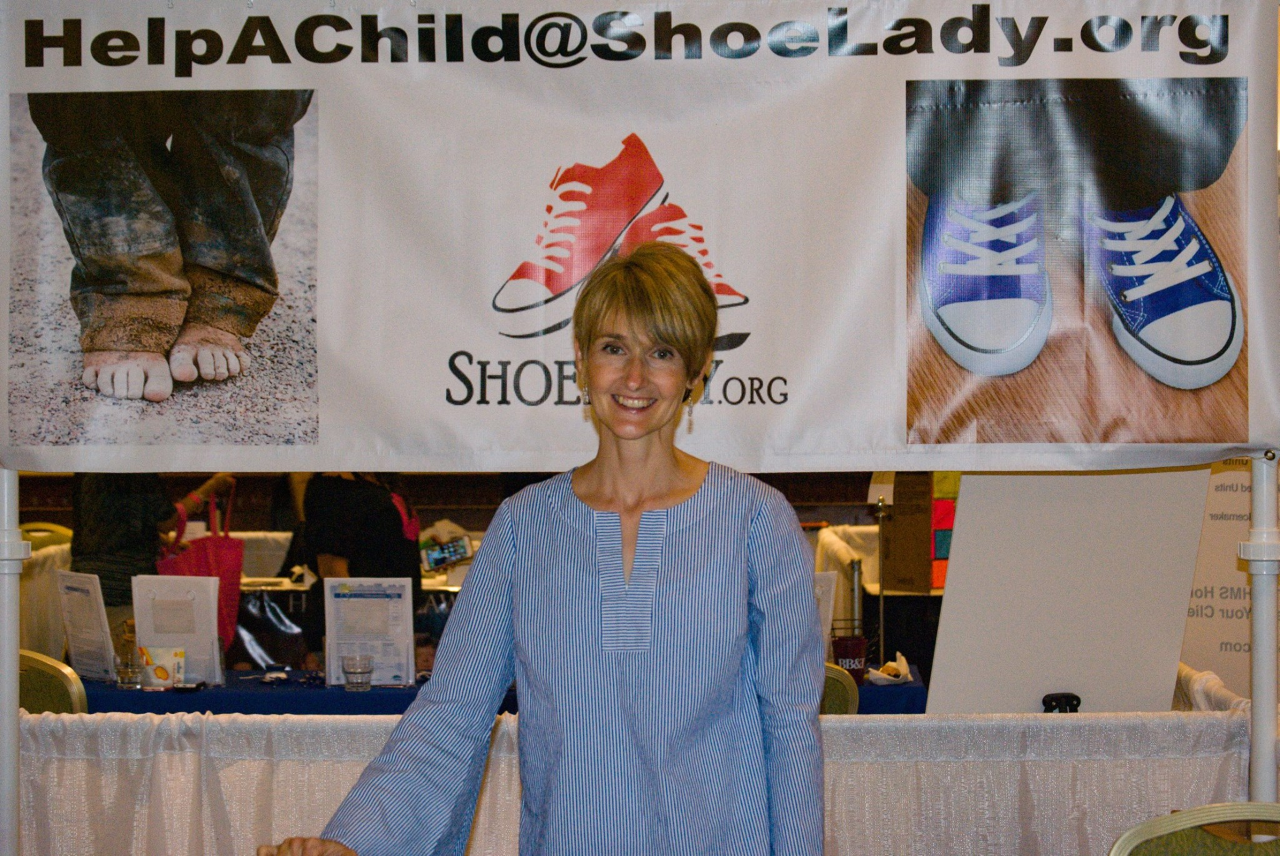