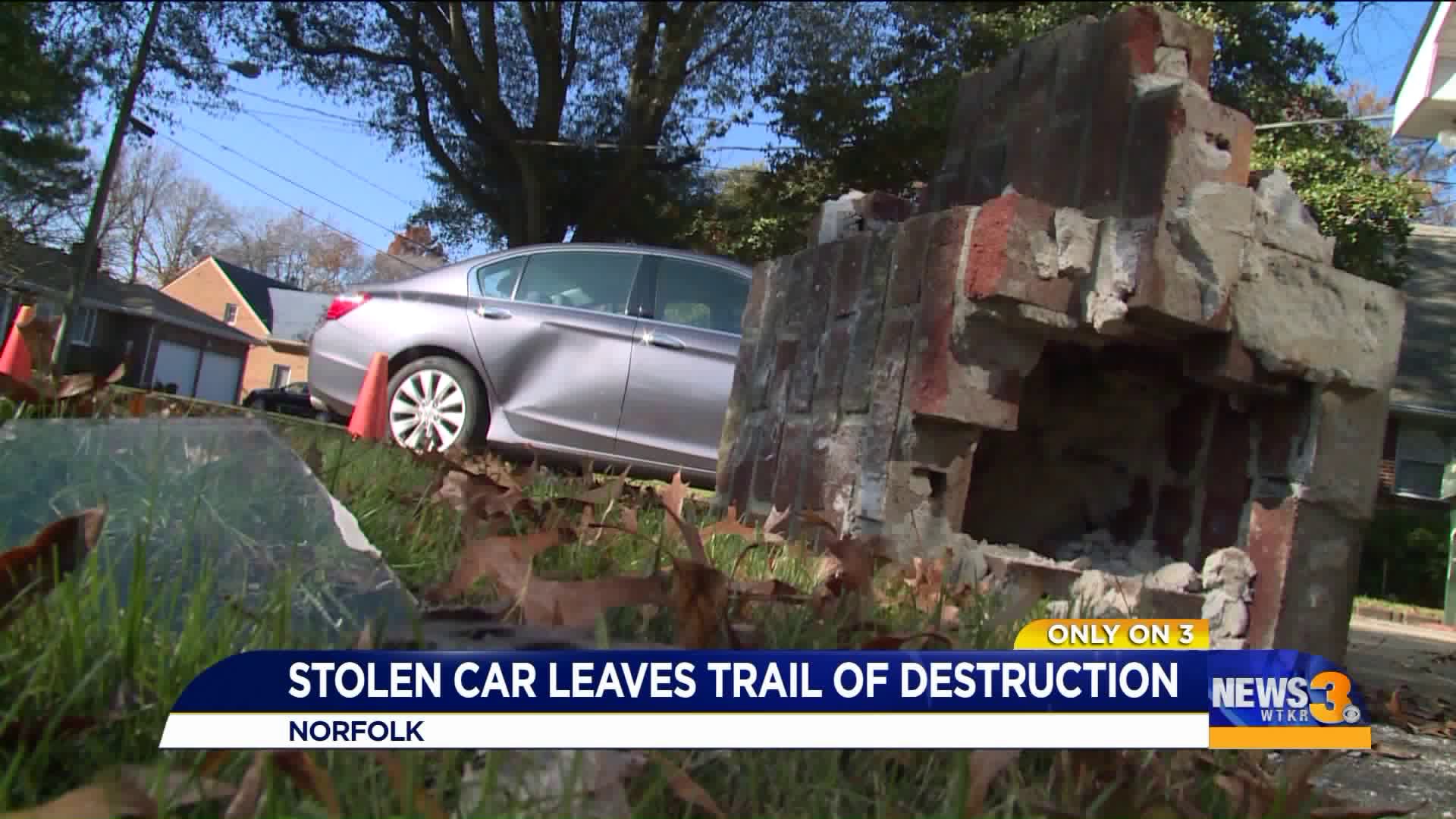 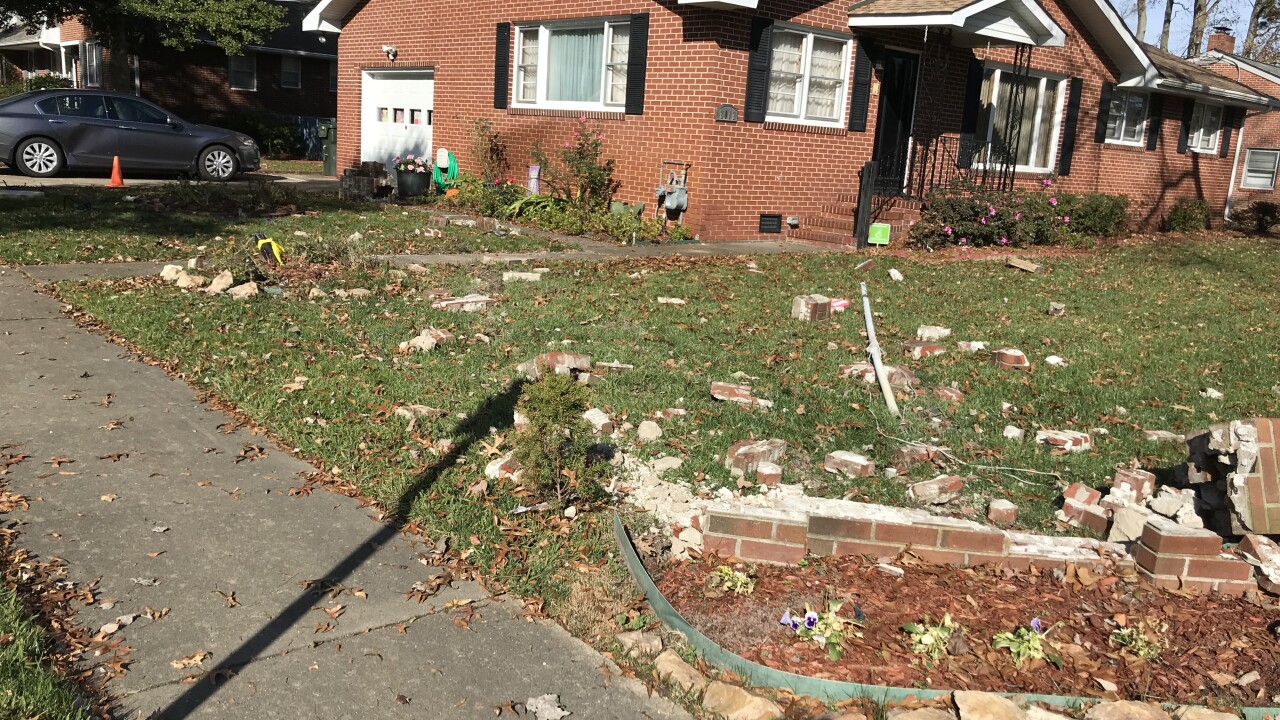 According to police, around 5 p.m., a man stole a car from the Norfolk International Airport. The call for first responders says the car, a blue Chrysler, was in the curbside area when a man jumped in and quickly sped off.

A short while later, Norfolk Police say the driver crashed the stolen car into a parked car at a home near the intersection of Leafwood Drive and Azalea Garden Road. In that crash, the driver also severely damaged a brick neighborhood sign and a flag pole.

After the crash, police say the driver left the area and went to a nearby 7-Eleven, where he stole another vehicle.

Police say both cars have been recovered and no one was injured in either instance.

Police are still looking for the driver. If you have information that can help find him  call them at 1-888-LOCK-U-UP.