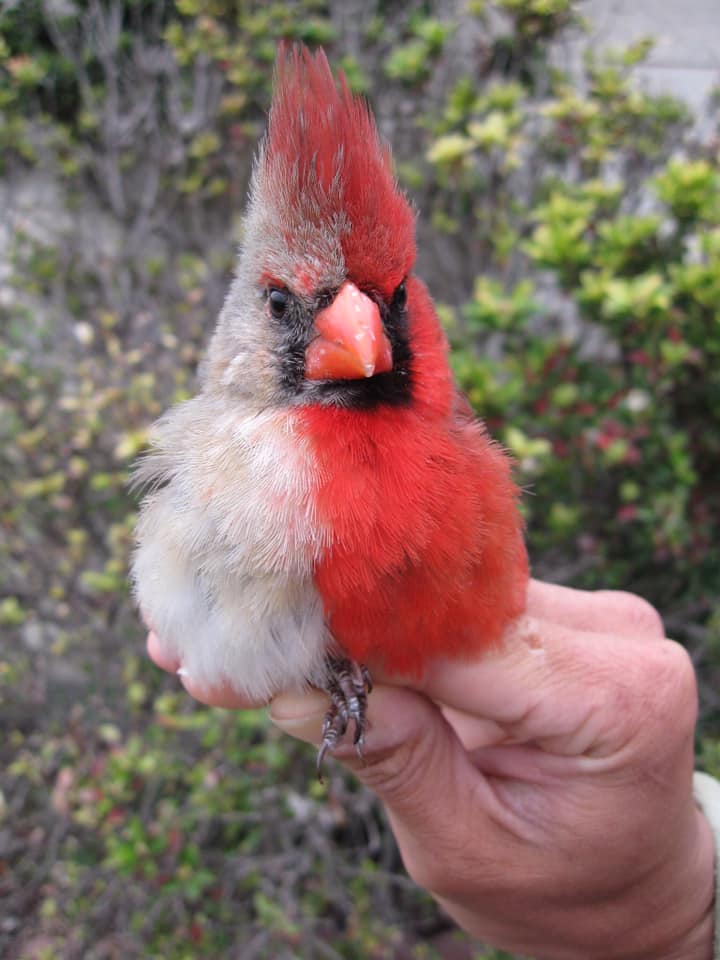 This northern cardinal was caught and banded by members of the Inland Bird Banding Association in central Texas.

The bird shows apparent bilateral gynandromorphism, a rare abnormality that causes it to have female plumage on one side of its body and male on the other.

Such birds have both an ovary and a testis, says the IBBA.

Tracy Workman, an art teacher and photographer, spotted the little bird in her backyard and quickly snapped a few pictures before leaving the house.