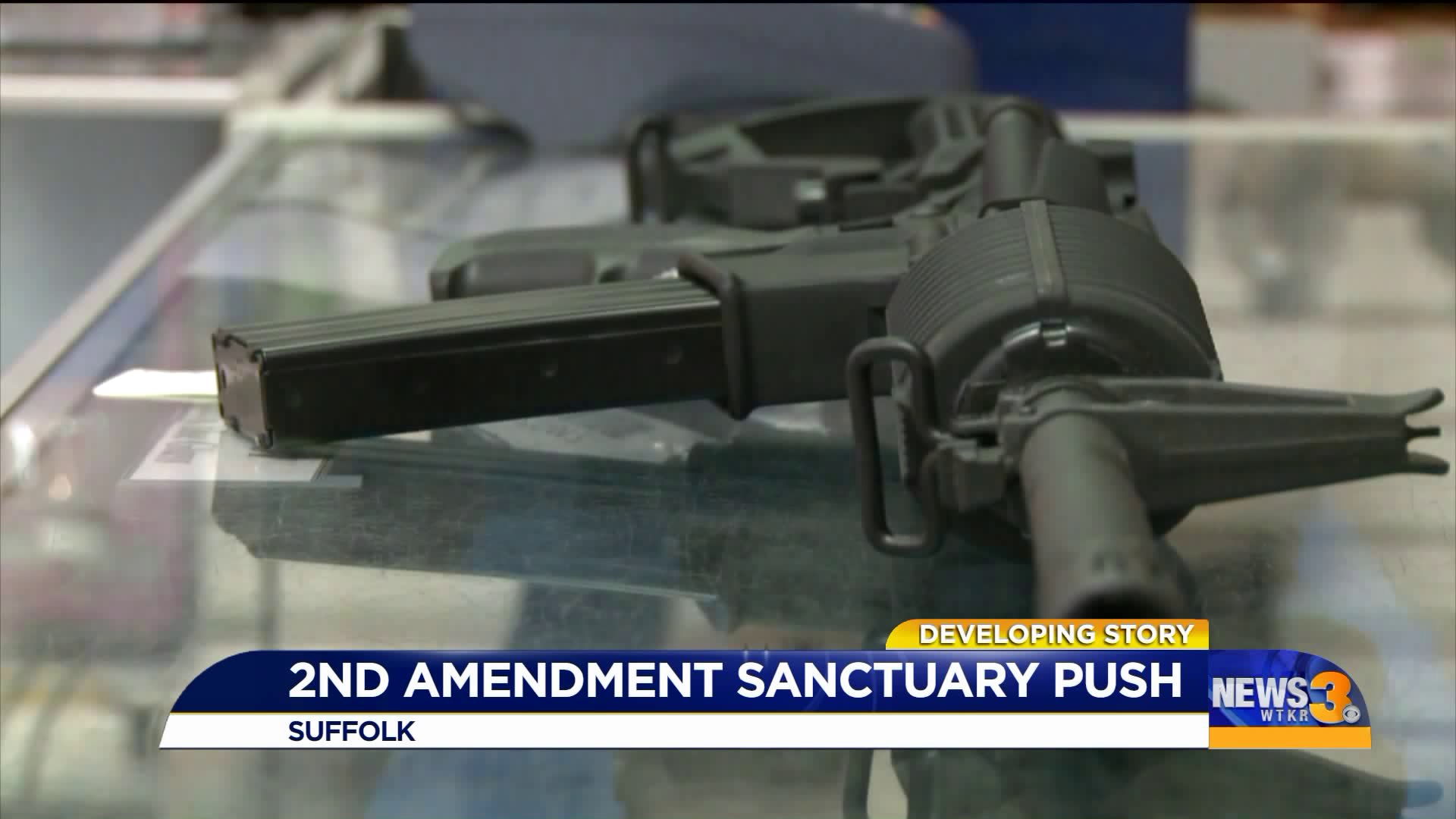 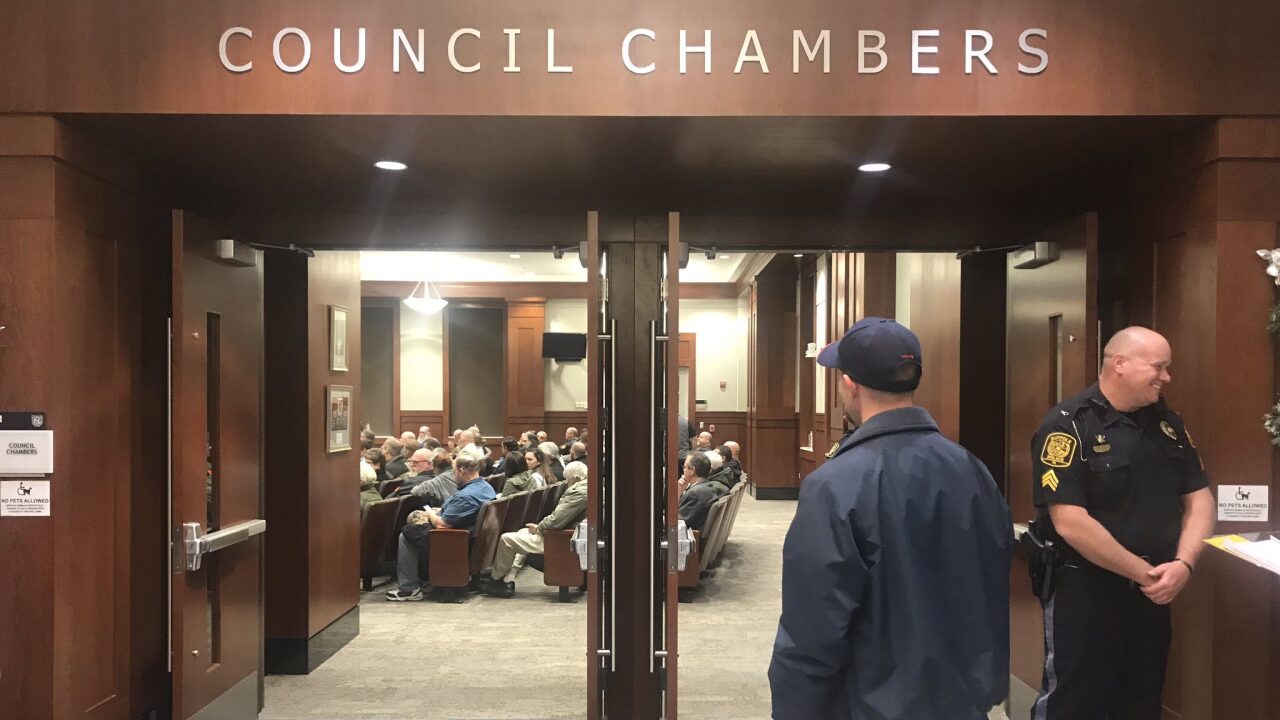 SUFFOLK, Va. - Almost 500 people filled the inside of Suffolk City Hall and another 150 people sat inside the chamber at Wednesday night's city council meeting, the majority of whom want the same thing: For Suffolk to become a Second Amendment sanctuary city.

“I’ve been hunting and shooting ever since I was a kid, involved in competition shooting - my livelihood is firearms," said Gary Crossfield. He owns CE Tactical in Suffolk.

Crossfield is one of more than 50 people who stood at the podium asking council members to take action against proposed gun laws coming out of Richmond. Like he said, firearms are his livelihood.

“These proposed laws will take out about 75% of out sales," he adds.

Speakers at Wednesday night's meeting want the council to pass a resolution that will protect the City of Suffolk if the proposed legislation passes.

"A lot of people are concerned about their safety - that through these basic actions they are going to be felons," said Casey Ohmsen.

Ohmsen is an organizer with Suffolk Second Amendment Advocacy. He says there are many bills that stand out to supporters, but the one that's getting a lot of attention is SB16. It expands the definition of an assault rifle and makes it a felony to buy, sell or carry.

“Hunting is a part of my life. I carry three different guns when I go hunting. All three of those firearms will make me a felon in the eye of the state," said Ohmsen.

Delegate-elect Clinton Jenkins says he is listening to his constituents and will take their concerns to Richmond.