VIRGINIA BEACH, Va. - From inside the chapel to outside in the brisk fall air, dozens showed up to a Pearl Harbor remembrance ceremony at JEB Little Creek-Fort Story on Friday.

"He was here every year, and he was planning to be here this year," said Patricia Moore Henkins.

Although his name is etched firmly on the memorial at the base, the presence of Paul Moore was missing Friday.

"He really loved his country and he never thought he was a hero," said Henkins.

She and her brother, Paul Moore Jr., came out to remember their father.

Moore was the last known survivor of the December 7, 1941, attack living in Hampton Roads. He died three months ago at 97, preceded in death by more than 2,400 American service members who perished on a day that will live on in infamy. The surprise attack by the Japanese would end up launching WWII.

"They took a few bombs and a few torpedoes, but they made it through," said Gerry Chebetar.

Chebetar attended Friday's ceremony to honor his father, Frank, a Pearl Harbor survivor who died in 2012.

"These service members taught us at a very young age to respect country and respect what you are and what you have," said Chebetar.

What we have less of as the years roll on is windows to the past - the men and women whose legacies will live on long after their service. 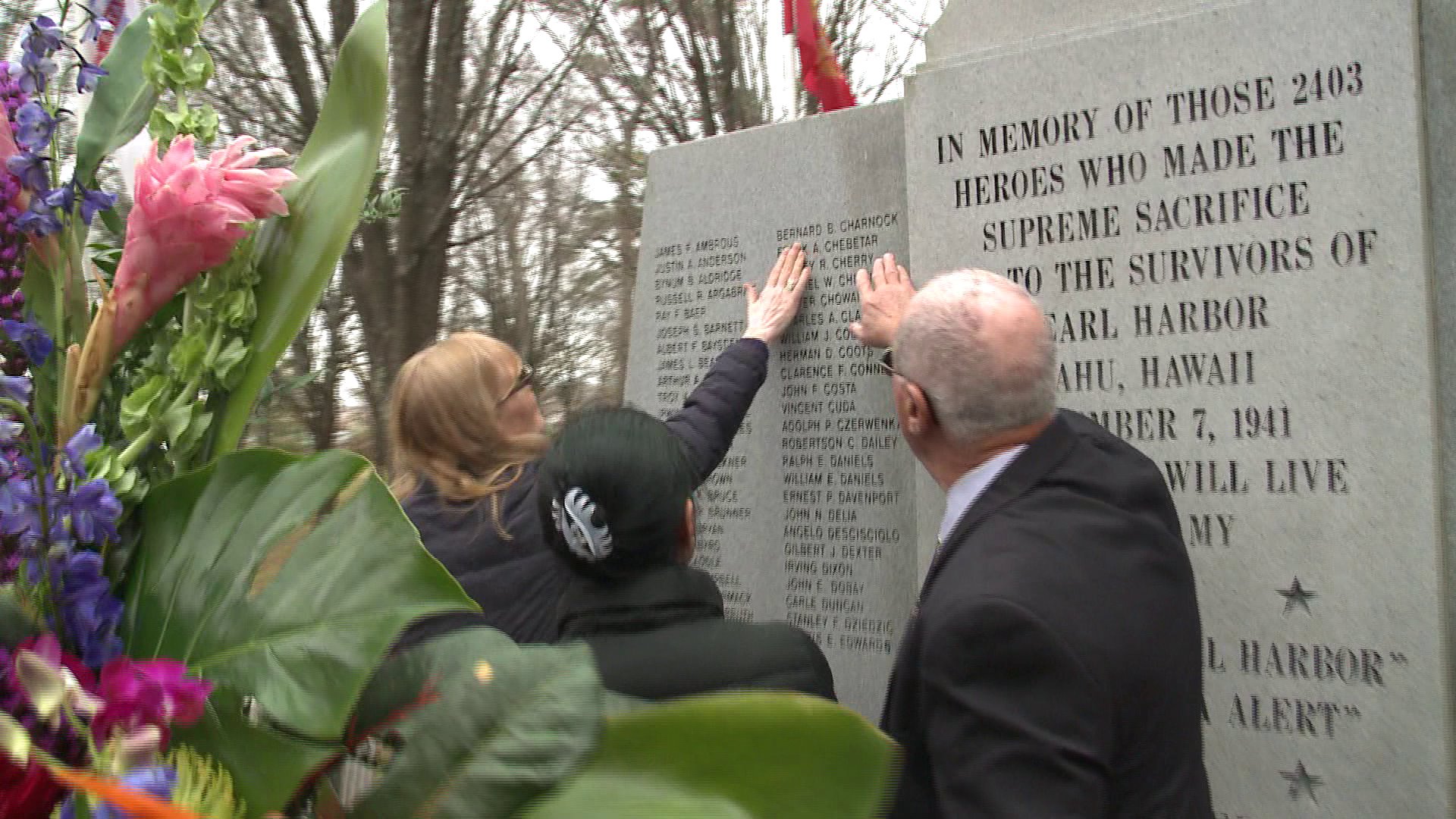