RICHMOND, Va. - In December 2015, 12-year-old Amiya Moses was shot and killed outside a Richmond apartment.

In the years since, Amiya's mother Kele Wright became part of a group called The Village Against Violence. The organization holds several events giving back to the community, particularly in Amiya’s honor.

“If her friends were hungry, she would go in the house and take all her snacks and give it to them or if she saw a homeless man standing on the corner — ‘Mommy give him a dollar, he’s homeless! Give him something to eat’ — like that was just her giving spirit,” said Wright.

On December 15, the group will throw a Christmas party and hand out toys to children. Wright said their goal was to bless at least 16 children.

On what would have been Amiya's 16th birthday, CBS 6 reporter Shannon Lilly met Wright and other members of The Village Against Violence at Sisters Cafe.

Wright thought Shannon was only going to interview her about the organization, but when Wright arrived for the interview, she saw a pile of toys waiting for her to give away in the toy drive.

"This is all part of our CBS 6 Month of Giving," Shannon explained to an emotional Wright. "I was just so touched when I met you, and I heard your story, and how much you are giving, the light that you are in the community even after all that you've lost."

The Village Against Violence is still looking for donations of food, and any other toys for their event. They’re also looking for someone to be Santa Clause. Anyone interested can reach out to Shavon Ragsdale here. 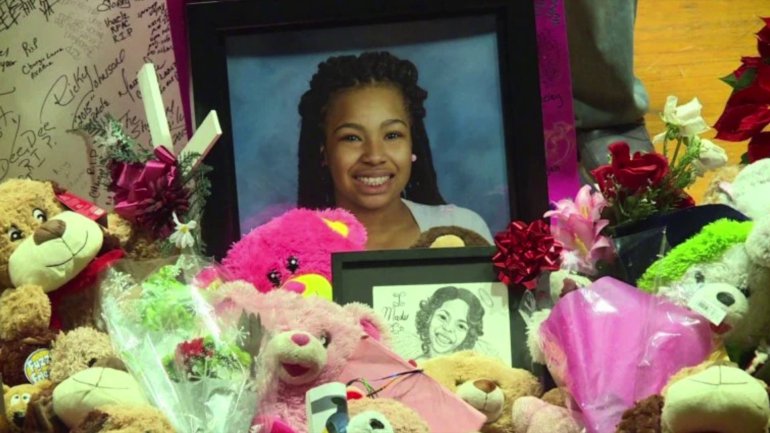