‘She had the love of an angel, but the strength of a lion’: Vigil held for murdered Richmond firefighter

“I am witness that we honor a woman who touched many lives," said Lt. Chris Armstrong.

Lt. Berry was killed in a drive-by shooting Thanksgiving night in Hopewell. She shielded her son from the bullets and was killed in the process.

"It just truly hurts us that she has been lost to the senseless gun violence," said family members.

“Let it be known that Ashley Berry was one of the very best," said Stoney.

“As chief Taylor said, everybody in our recruit class, knew she was the best of us. Because what she couldn’t do today, she did it tomorrow," said one of her coworkers.

The veteran firefighter had been assigned to Fire Station 21 on Jefferson Davis Highway for the last eight years. They now will honor her service.

“In Ashley’s honor, we’re going to retire her badge," said Richard with the Fire Marshal's Office. "So her badge will no longer be utilized by anyone in our office from this day forward.”

But friends and family say it wasn’t just her good work that caught people’s attention, it was her determination to the be the best that she could be everyday to help others.

“She had the love of an angel, but the strength of a lion.” said a family friend.

Lt. Berry's funeral will be Saturday at 12 p.m. 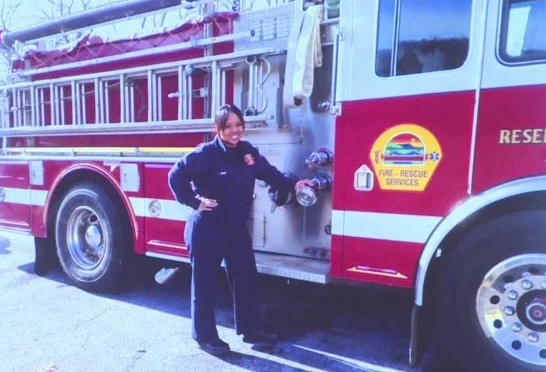