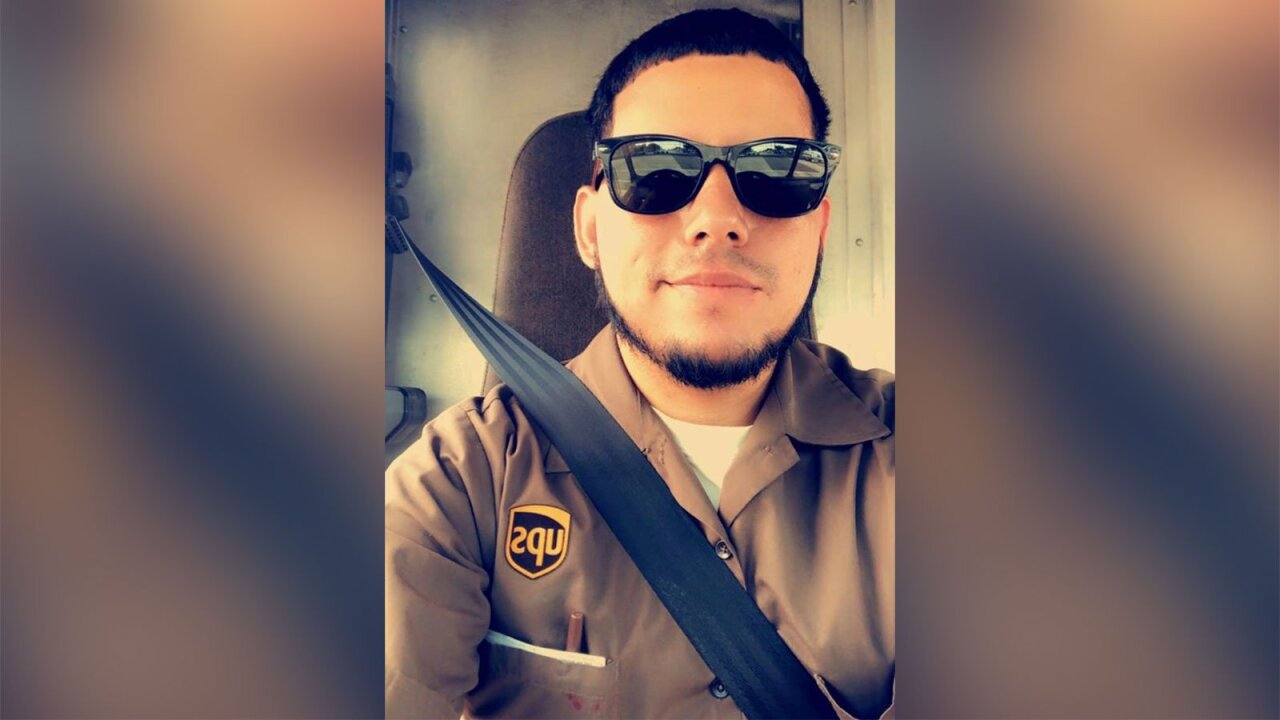 UPS employee Frank Ordonez was killed after armed robbery suspects hijacked the UPS truck he was driving and led police on a chase that ended in a fatal shootout in Broward County, Florida, his brother said.

CORAL GABLES, Fla. (CNN) – UPS employee Frank Ordonez was killed Thursday after armed robbery suspects hijacked the UPS truck he was driving and led police on a chase that ended in a fatal shootout in Broward County, Florida, his brother said.

Ordonez, a 27-year-old father of two young girls, was “outgoing and happy,” his brother, Roy Ordonez, told CNN. “You never knew when he was sad.”

Frank Ordonez liked to fish and to play basketball and video games, his brother said. But “most of all,” he said, “what Frank really liked to do is spend time with his daughters,” ages 3 and 6 years old.

When the hijacking unfolded, Ordonez was covering the route for a driver who had called out, his brother said.

Ordonez “was just going to work to provide for his two little girls,” his brother wrote on a GoFundMe page in which he also criticized the police response. The page was set up to help educate Ordonez’s daughters, cover funeral costs and pay for a lawyer, Roy Ordonez said. It had raised more than $20,000 in just a few hours.

Four people were killed during Thursday’s incident, including Frank Ordonez, the two robbery suspects and a bystander at the end of the chase, FBI Special Agent in Charge George Piro said.

The chase began after two suspects tried to rob a Regent Jewelers shop in Coral Gables, city Police Chief Edward Hudak Jr. said. One woman was injured in the robbery.

The suspects stole the UPS truck Ordonez was driving, took him hostage and sped away, Coral Gables police said. Dozens of police officers and vehicles appeared to pursue the truck as it sped through traffic, live aerial footage from CNN affiliate WSVN showed.

The chase came to a tragic end when the UPS truck met stopped traffic at an intersection. Police exited their vehicles and approached the truck with their weapons drawn, using bystanders’ vehicles as cover.

The driver of the truck left the steering wheel. Seconds later, at 5:35 p.m., gunshots rang out. It’s unclear whether the first shots came from inside the truck or from police. Whether the UPS driver or the slain bystander was hit by police fire is part of the investigation, the FBI’s Piro said.

UPS issued a statement Thursday saying it was “deeply saddened” to learn of its employee’s death. “We extend our condolences to the family and friends of our employee and the other victims involved in this incident.”