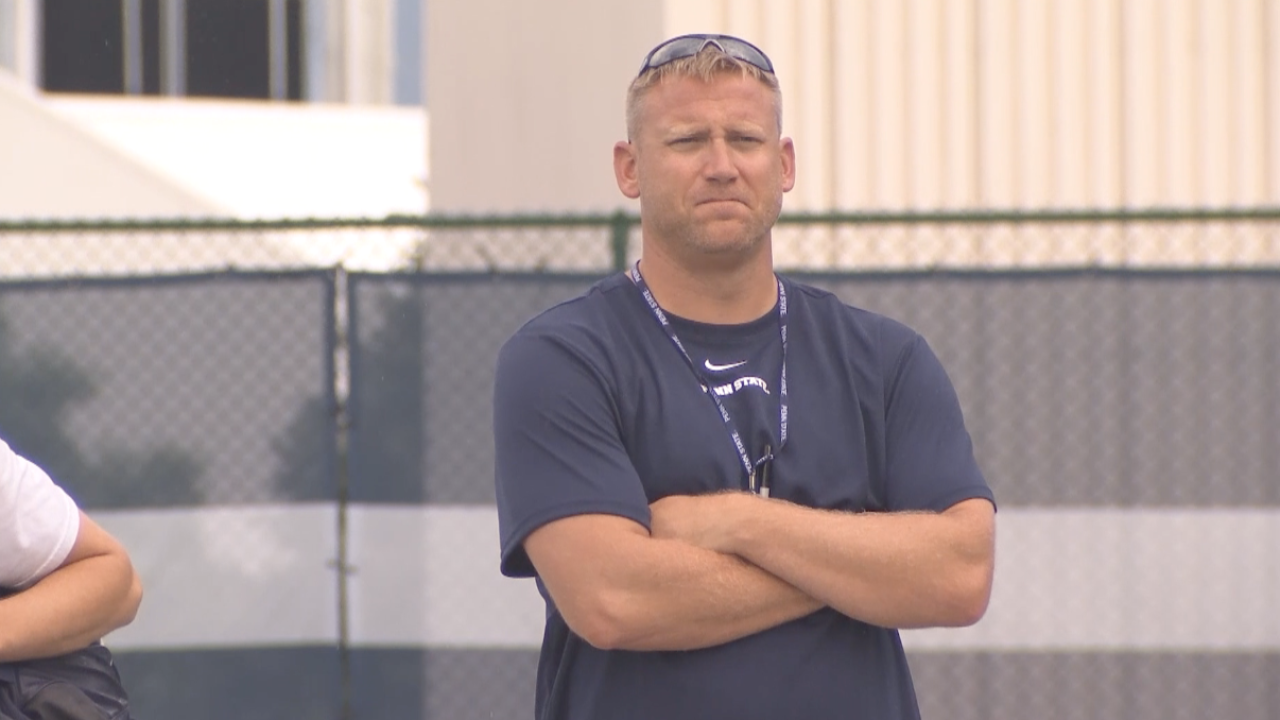 NORFOLK, Va. – The Monarchs have their new bench boss.

Rahne spent the last six seasons as an offensive assistant at Penn State – including the past two years as offensive coordinator. For the past nine years, Rahne has developed an increasing national profile as a key component of Coach James Franklin’s staff at both Penn State and Vanderbilt. The coaching staff has guided those teams to bowl games in each of the nine years and have won nine or more games in six of the last eight seasons.

“First, I love Ricky and his family. This is a bittersweet moment for our program. I am so incredibly proud of Ricky and I am super excited for him, his family and Old Dominion,” Penn State head coach James Franklin said. “I am forever indebted to Ricky for his loyalty and drive in helping us succeed at Vanderbilt and Penn State. Ricky is a rising star in the industry and is built for this opportunity. He is a smart, open-minded and talented coach. His humble leadership style will resonate well with Old Dominion’s leadership and players. I look forward to following his program at Old Dominion!”

“I want to thank President John Broderick for his involvement throughout the search process and his continued overall support for ODU athletics. He was a tremendous asset during the search process meeting at length with each of the final candidates and helping them understand the culture of ODU,” Athletic Director Dr. Wood Selig said. “Additionally, I would like to thank Senior Associate Athletic Director Bruce Stewart for his leadership role throughout the last week as we examined dozens of potential candidates. Bruce was a huge asset and worked tirelessly throughout the process helping to ensure a successful search.”

Despite having a new starting quarterback, Rahne helped lead the Nittany Lion offense to 34 points per game this season, while six offensive players earned all-Big10 honors this season. Penn State has played in a bowl game in every year Rahne was there, including a 2016 Big10 Championship and 2017 PlayStation Fiesta Bowl win over Washington. In that time, Penn State has had four-straight seasons of at least nine wins, and the Nittany Lions are one of five teams to rank in the Top-15 of the College Football Playoff final rankings in each of the last four years.

Prior to joining Penn State, Rahne was the quarterbacks coach at Vanderbilt for three years.

Prior to Rahne’s time at Vanderbilt, the program had been to four bowl games in 121 years of football, none in consecutive seasons. The Commodores were ranked in the Top-25 in the final polls in 2012 and 2013 marking the first time they were ranked in back-to-back seasons in program history.

He spent five years at Kansas State, starting as an offensive graduate assistant before coaching the running backs and tight ends. He helped the Wildcats to two bowl appearances.

Rahne started his coaching career on the defensive side at Holy Cross coaching the defensive line. The following year he coached the running backs at his alma mater, Cornell.

He was a three-year starter at quarterback at Cornell, and graduated as the Big Red’s all-time leader in completions (678), passing yards (7,710), touchdown passes (54) and total offense (7,994). He was inducted into the Cornell Hall of Fame in 2014.

Rahne and his wife, Jennifer, have two sons, Ryder and Jake.

I want to thank @RickyRahne for everything he has done for me these past few years. Not only is he a great coach, but has been a great mentor to myself and my teammates. I will miss ya coach! @ODUFootball is getting a great one! Much love✊ #WeAre pic.twitter.com/1mHvsolGdH