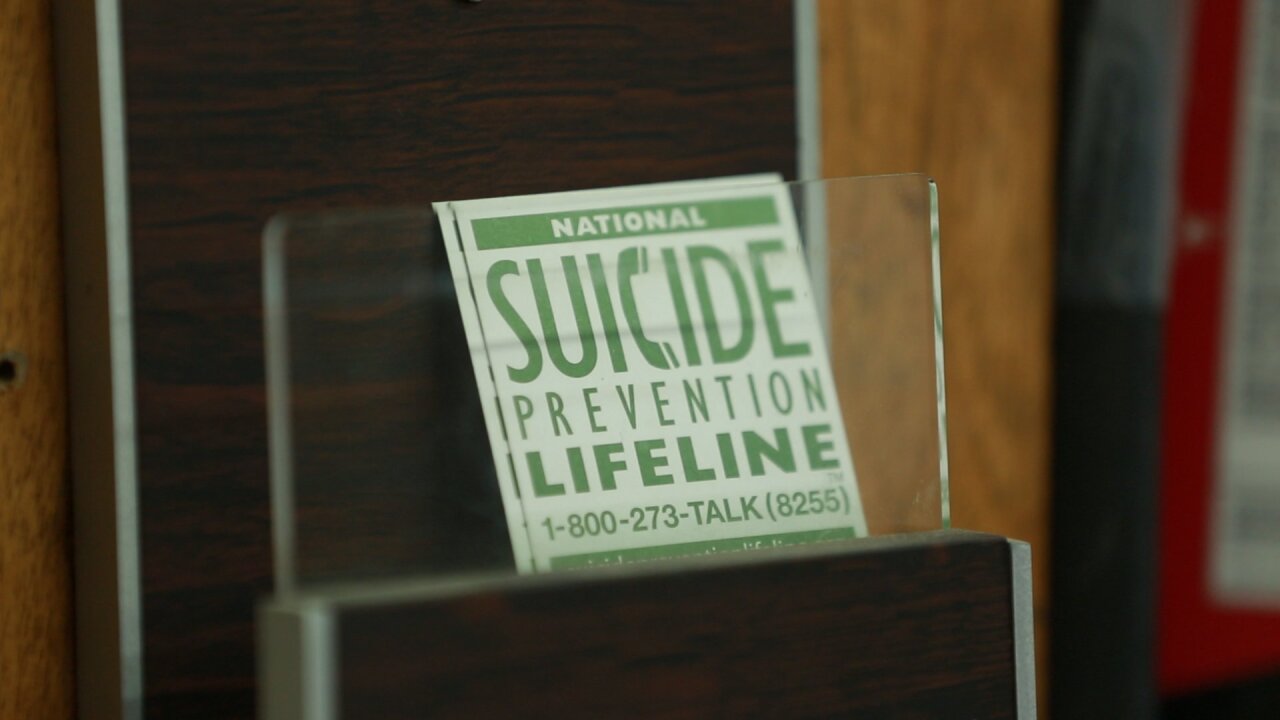 In the wee hours of November 9, when the US presidential race approached its stunning end, John Draper and those he works with saw a different surprising result. The phone lines at the National Suicide Prevention Lifeline lit up in a way not seen before.

The Federal Communications Commission is moving ahead with plans to designate a three-digit number to reach the National Suicide Prevention Hotline: 988.

The five-member commission unanimously voted on Thursday to approve the proposal, which is now open for public comment, and start the rulemaking process.

“988 has an echo of the 911 number we all know as an emergency number. And we believe that this three-digit number dedicated for this purpose will help ease access to crisis services, it will reduce the stigma surrounding suicide and mental health conditions, and ultimately it will save lives,” Chairman Ajit Pai said Thursday during the commission’s open December meeting.

The proposal requires carriers to implement 988 as a national suicide prevention hotline within an 18-month timeframe. The FCC is asking for input on “all aspects of implementation,” including whether less or more time is needed.

Last year, Congress passed and President Donald Trump signed into law the National Suicide Hotline Improvement Act, which called for a study to determine the hotline’s effectiveness and the best three-digit dialing code for the hotline.

The agency’s staff had made the recommendation for 988 in August, finding that using a shorter and easier to remember number “would likely make it easier for Americans in crisis to access potentially life-saving resources.”

Related: Local veterinarian opens up about suicide rates rising throughout the profession

In their report to Congress, they estimated that the total costs of implementing a 3-digit dial code for the first year would be approximately $570 million and $175 million in the second year, including costs for increased call-center capacity and a public awareness campaign. But they stressed that the “benefits of this action are quite likely to outweigh the costs.”

During the public meeting Thursday, FCC commissioner Michael O’Rielly shared that his brother-in-law died by suicide and thanked the agency’s staff for the “hard work.”

The proposal, however, does not include an option to text the National Suicide Prevention Hotline for help. There are other crisis lines that are reachable via text such as the Crisis Text Line, Teen Line and the Trevor Project for LGBQT youth.

“Texting is primary for so many young people, and it would be a mistake for us to build a system that presumes talk is the only starting point for discussion,” Commissioner Jessica Rosenworcel said.

Republican Sen. Cory Gardner of Colorado applauded the FCC’s action and called on Congress to move forward with a bipartisan bill that he co-sponsored with Democratic Sen. Tammy Baldwin of Wisconsin to establish 988 as the national suicide hotline.

“Today’s action by the FCC is a historic step toward making the 988 suicide hotline a reality,” Gardner said in a video posted Thursday. “But it doesn’t mean our work is over. Congress still has a major role to play in creating and supporting this hotline and ensuring that states have the flexibility to make it work.”

A companion bill has been introduced in the House by Republican Rep. Chris Stewart of Utah and Democratic Rep. Seth Moulton of Massachusetts.

Both pieces of legislation would authorize states to collect fees aimed at ensuring that local crisis centers will be able to support increased volume.

The National Suicide Prevention Hotline was launched in 2005 by the Substance Abuse and Mental Health Services Administration and Vibrant Emotional Health, a mental health nonprofit.

More than 47,000 Americans died by suicide and more than 1.4 million adults attempted to take their own lives in 2017, according to the Health and Human Services’ substance abuse and mental health services agency.

Suicide is the 10th leading cause of death in the US, according to the US Centers for Disease Control and Prevention. America’s suicide rates are at the highest level since World War II, with an increase of 33% from 1999 to 2017 alone, according to the CDC.