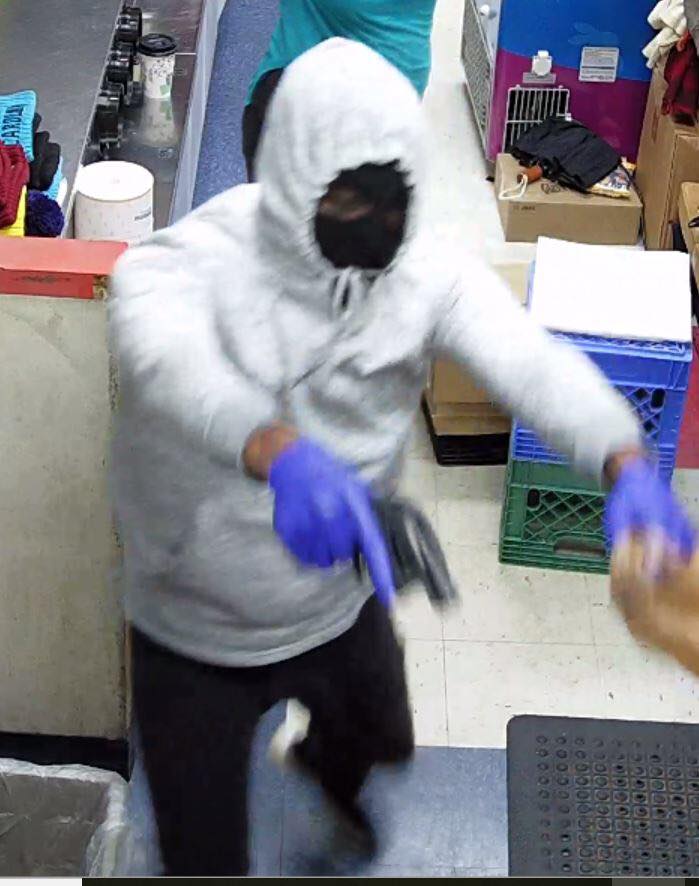 On December 10, around 8:51 p.m., Newport News police responded to Sunoco, located at 15215 Warwick Blvd., in reference to a robbery from the business.

A preliminary investigation revealed that an unknown male entered the business, brandished a firearm, and demanded money. The suspect took an undisclosed amount of money and fled on foot south of the business. No injuries were reported.

The suspect is described as a black male with a light complexion, about 5’4. He was wearing a gray hoodie, dark pants, black and white shoes, what appeared to be blue nitrile gloves, and an unknown item covering his face, according to police. He appears to have some sort of marking or tattoo on his right wrist.

Anyone with information that can identify the suspect or further assist in the investigation is asked to call the anonymous Crime Line at 1-888-LOCK-U-UP or submit an anonymous tip online.