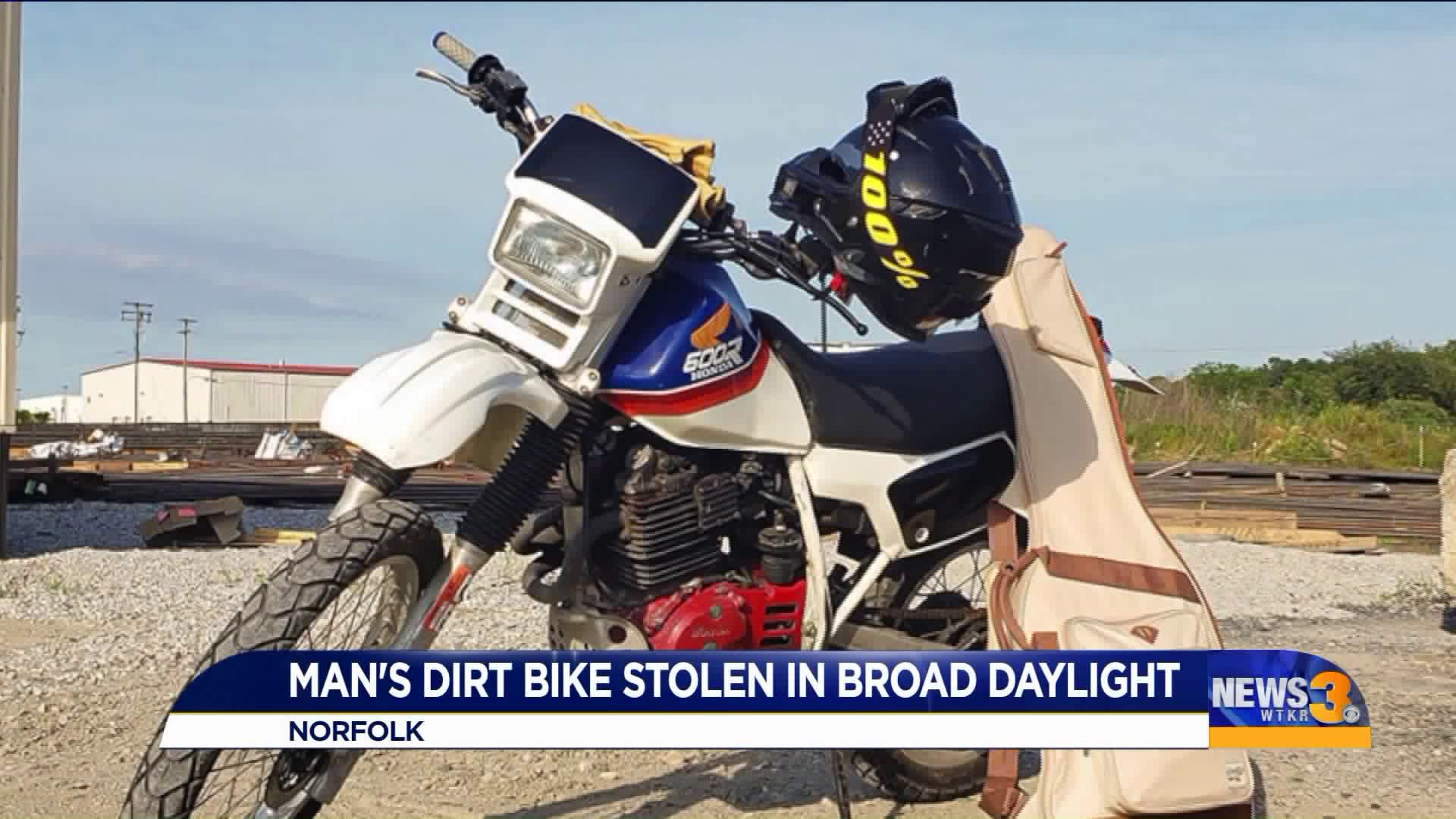 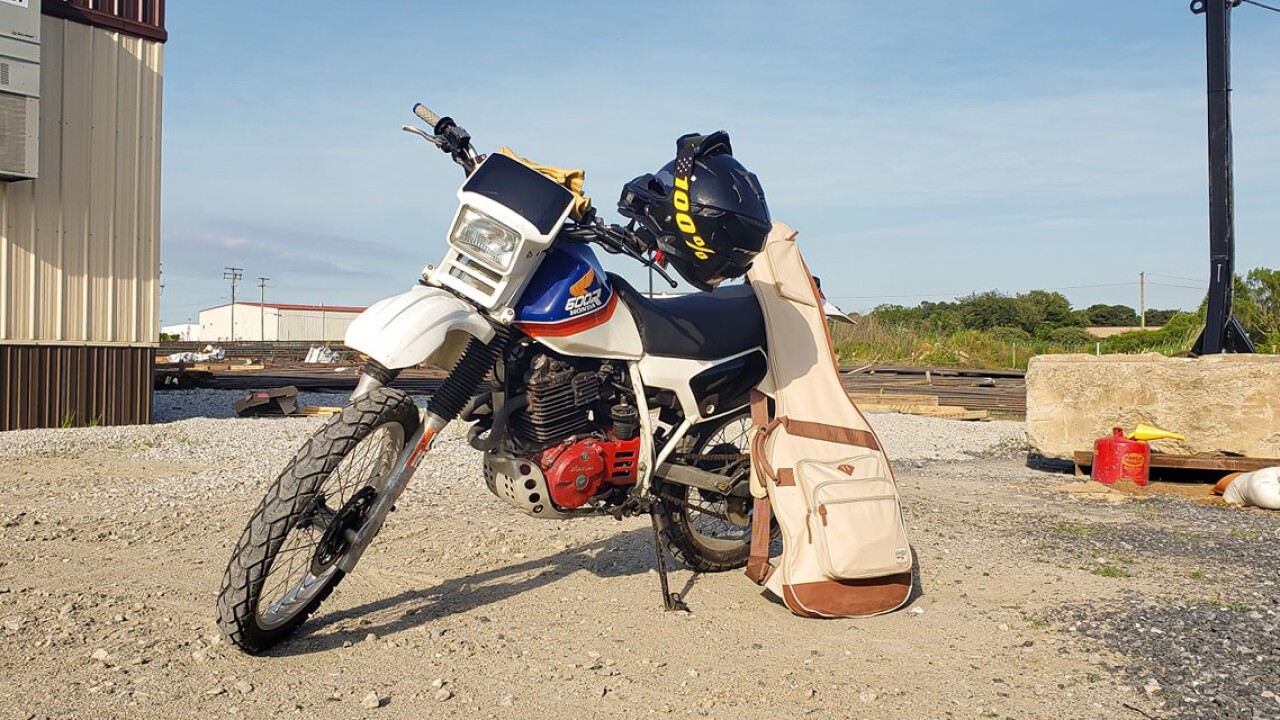 NORFOLK, Va. - It's been a tough week for Norfolk resident Elijah Jackson.

"I had a lot of personal issues. Just got this bike up and running this week, and less than 24 hours after piecing it together, someone took it away," said Jackson.

Jackson lives on Michigan Avenue. Thursday morning, he left his dirt bike on his street around lunch as we went inside.

Jackson says thieves made off with his 1987 Honda dirt bike he spent months and thousands of dollars on - a passion project swiped as he sat feet away inside.

"It had to be planned to some extent. They had to haul it off in a trailer or put it in the bed of a truck," said Jackson.

He filed a police report with Norfolk Police and asked his neighbors if they saw anything, but no one has thus far.

Related: 'Return it right now' 8-year-old Suffolk girl pleads with thieves to give back dirt bikes

"I would love to see that thing again. It's something I wanted to keep rest of my life. Now it's taken from me," said Jackson.

His only means of transportation now is a bike and his own two feet.

"I poured my blood, sweat and tears into this, and now it's probably in pieces being sold for parts."