According to the incident report, the burglary happened early Friday morning at Jessy’s Taco Bistro in Ghent.

“We gotta pay bills, we gotta pay rent – wages, salaries, all this good stuff that when we are gonna be down $600," he explained.

The thieves made out with all of the meat in their freezer, the incident report states. 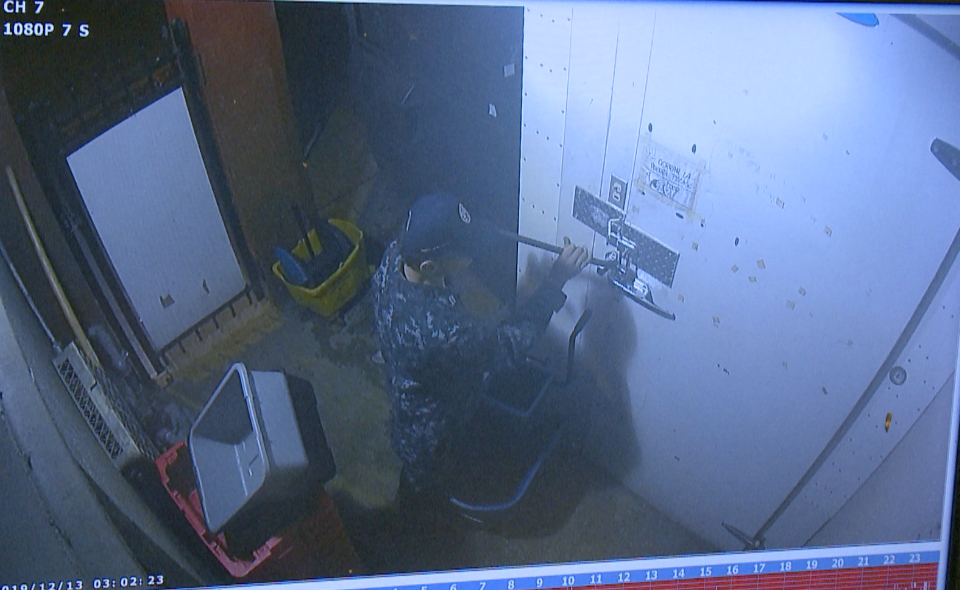 Romero said cameras captured the duo coming into the back of the establishment around midnight.

He then told Reporter Brian Hill they came back around 3 a.m., with a crowbar and forced their way inside.

"They were in and out with three bags of steak and two cases of chicken breast," Romero said.

The thieves were able to take all of the food in just two minutes.

They were last seen leaving the location in an unknown vehicle.

Romero told us this is their slow season so every dollar counts.

If you know anything about this crime, take action and call the Crime Line at 1-888-LOCK-U-UP. Tipsters can also send an anonymous tip by visiting the secure tip form at P3Tips.com.