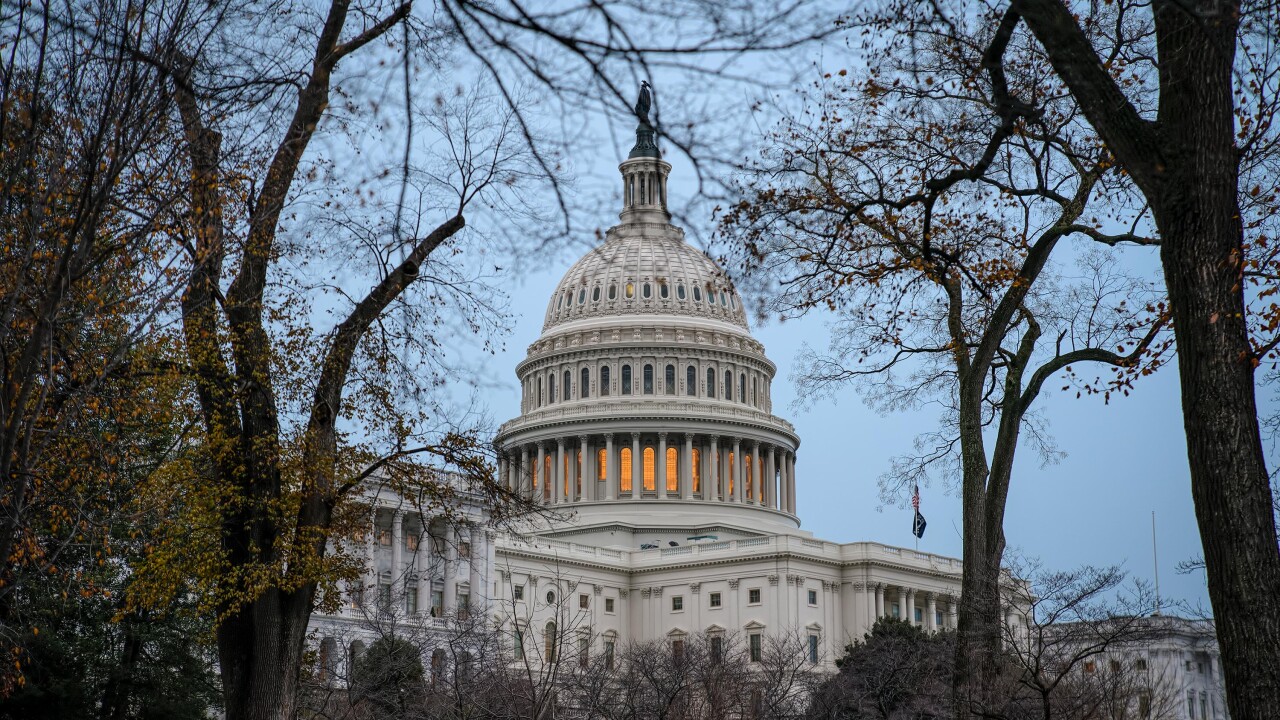 The Capitol is seen in Washington, Monday, Dec. 2, 2019, as lawmakers return from the Thanksgiving recess. The House impeachment report on President Donald Trump will be unveiled Monday behind closed doors as Democrats push ahead with the inquiry despite the White House’s declaration it will not participate in the first Judiciary Committee hearing. (AP Photo/J. Scott Applewhite)

House Democrats move one step closer to impeaching President Donald Trump on Tuesday when the intense partisan debate moves to the House rule-setting committee, which will guide the action ahead of Wednesday’s expected House floor vote.

But House Judiciary Chairman Jerry Nadler will not be appearing at the House Rules Committee meeting, according to a committee aide, because Nadler had a family emergency and will be unable to attend. The aide said that Nadler would be back for floor debate on impeachment on Wednesday.

In his place, Rep. Jamie Raskin, a Maryland Democrat, will introduce the impeachment resolution for the committee, according to the aide.

The rules panel meets to take up the impeachment resolution at 11 a.m. Tuesday morning, in what will be a contentious debate in the panel’s confined hearing room where committee members will question the Judiciary Committee leaders about impeachment.

Raskin and Rep. Doug Collins of Georgia, the Judiciary Committee’s top Republican, will take questions from Rules Committee members, and both will likely be pressed by lawmakers in the other party about the impeachment process.

Democrats have introduced two articles of impeachment against the President, charging him with abuse of power for pressuring Ukraine to investigate his political rivals while withholding a White House meeting and US security aid, and obstruction of Congress for directing his administration to flout subpoenas from the impeachment inquiry.

The Rules Committee, where Democrats have a 9-4 advantage, will set the parameters for the debate on impeachment on the floor, where the House is expected to vote on each article of impeachment against Trump on Wednesday.

Any House member can also come to the committee to speak on the impeachment resolution. As a result, it’s expected to be a lengthy hearing before the rule for debate is approved.

The House Judiciary Committee released a report early Monday morning explaining the two charges against Trump to help set up the floor debate. The report also included Republican dissenting views that argue the President should not be impeached.

There are still a handful moderate Democrats who are undecided on the issue, and Democrats expect a couple may vote with the President.

New Jersey Rep. Jeff Van Drew is planning to switch parties and become a Republican in the wake of the impeachment. And Rep. Colin Peterson, a veteran Minnesota blue dog Democrat, is likely to vote no.

But roughly a half-dozen Democrats in the 31 congressional districts that Trump won in 2016 announced they would vote to impeach the President on Monday, including Reps. Abigail Spanberger of Virginia, Andy Kim of New Jersey, Ben McAdams of Utah, Joe Cunningham of South Carolina and Elissa Slotkin of Michigan.