This was a proactive, large-scale narcotics and firearms trafficking investigation that focused on high-impact targets driving crime in some of the hardest hit neighborhoods in Hampton Roads.

Officials said they recovered about 78 firearms, over 7 kilograms of cocaine, nearly a kilogram of crack cocaine, over 625 grams of heroin, over 100 grams of fentanyl, 75 grams of acetyl fentanyl, 12 pounds of marijuana, 621 grams of hash oil, 24 grams of MDMA (commonly known as ecstasy), 120 grams of methamphetamine and over $560,000 in cash. The narcotics seized have a street value of nearly $1 million.

“This investigation focused on the most violent offenders in the Chesapeake, Norfolk, and Portsmouth communities,” said Ashan M. Benedict, Special Agent in Charge of the Bureau of Alcohol, Tobacco, Firearms and Explosives’ (ATF) Washington Field Division. “ATF’s priority is reducing violent crime. Criminals often utilize firearms as tools of their trade causing harm to our communities. This case illustrates ATF’s commitment to effective law enforcement partnerships and dedication to keeping our cities safe.” 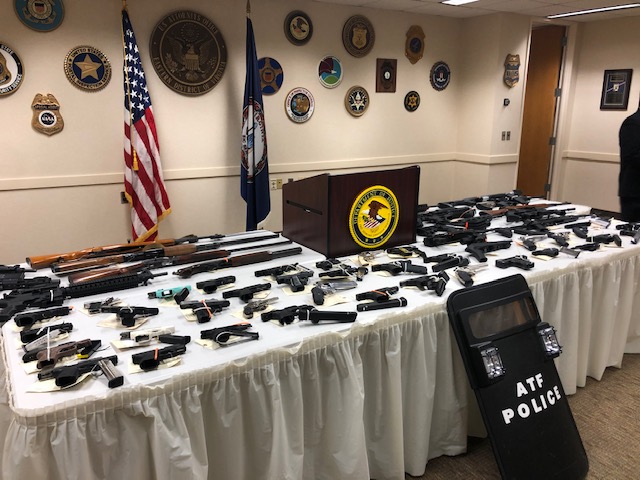 Here is a list of suspects and charges that have been filed as a result of Operation High Tide: