WATCH: The Navy’s newest aircraft carrier launches into the James River for the first time

NEWPORT NEWS, Va. - The Navy's newest aircraft carrier has launched into the James River for the first time.

A little more than a week after it was christened, the John F. Kennedy (CVN-79) carrier launched into the river Monday. Aided by six tugboats, the carrier was guided about a mile from Dry Dock 12 to Pier 3 at Newport News Shipbuilding.

The second in the Ford-class of carriers has been under construction at the shipyard since 2015.

The Kennedy first touched water in late October when Dry Dock 12 was flooded. It was christened earlier this month by sponsor Caroline Kennedy, daughter of the ship's presidential namesake.

At Pier 3, the Kennedy will undergo additional outfitting and begin its testing program. Newport News Shipbuilding says CVN-79 is three-months ahead of schedule.

“This move is significant in that it represents a shift in focus from erecting the ship in dock to final completion and outfitting at the pier,” said Mike Butler, program director for Kennedy, in a statement. “It is also a testament to the amazing teamwork I see every day between Newport News Shipbuilding and the Navy as we work together to build Kennedy with valuable first-of-class lessons from the Ford.”

The shipyard says this phase of construction for the carrier will last about two and half years and will see berthing and mess areas completed, and testing of the catapults and radar arrays.

The Kennedy is scheduled to be delivered to the Navy in 2022. 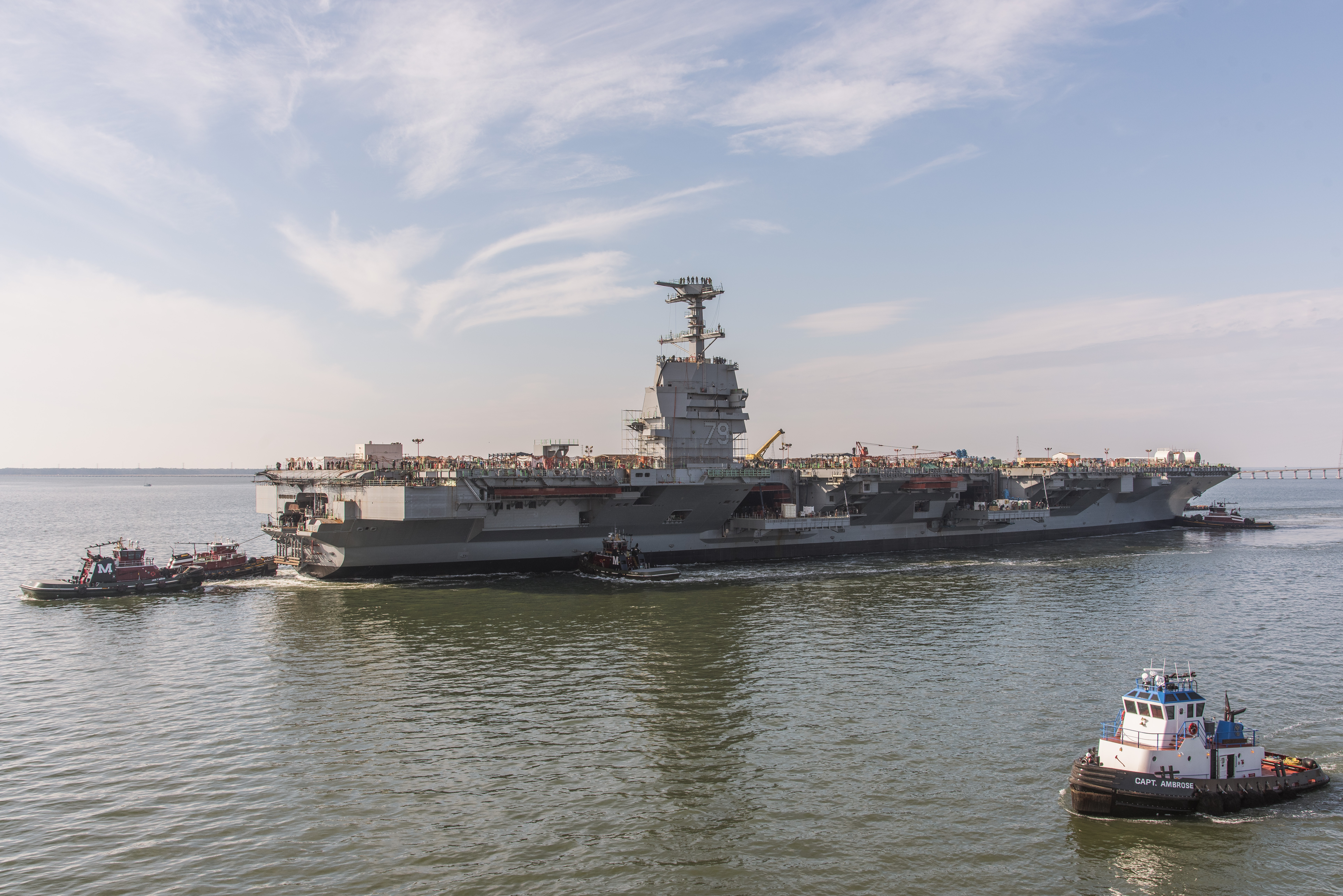