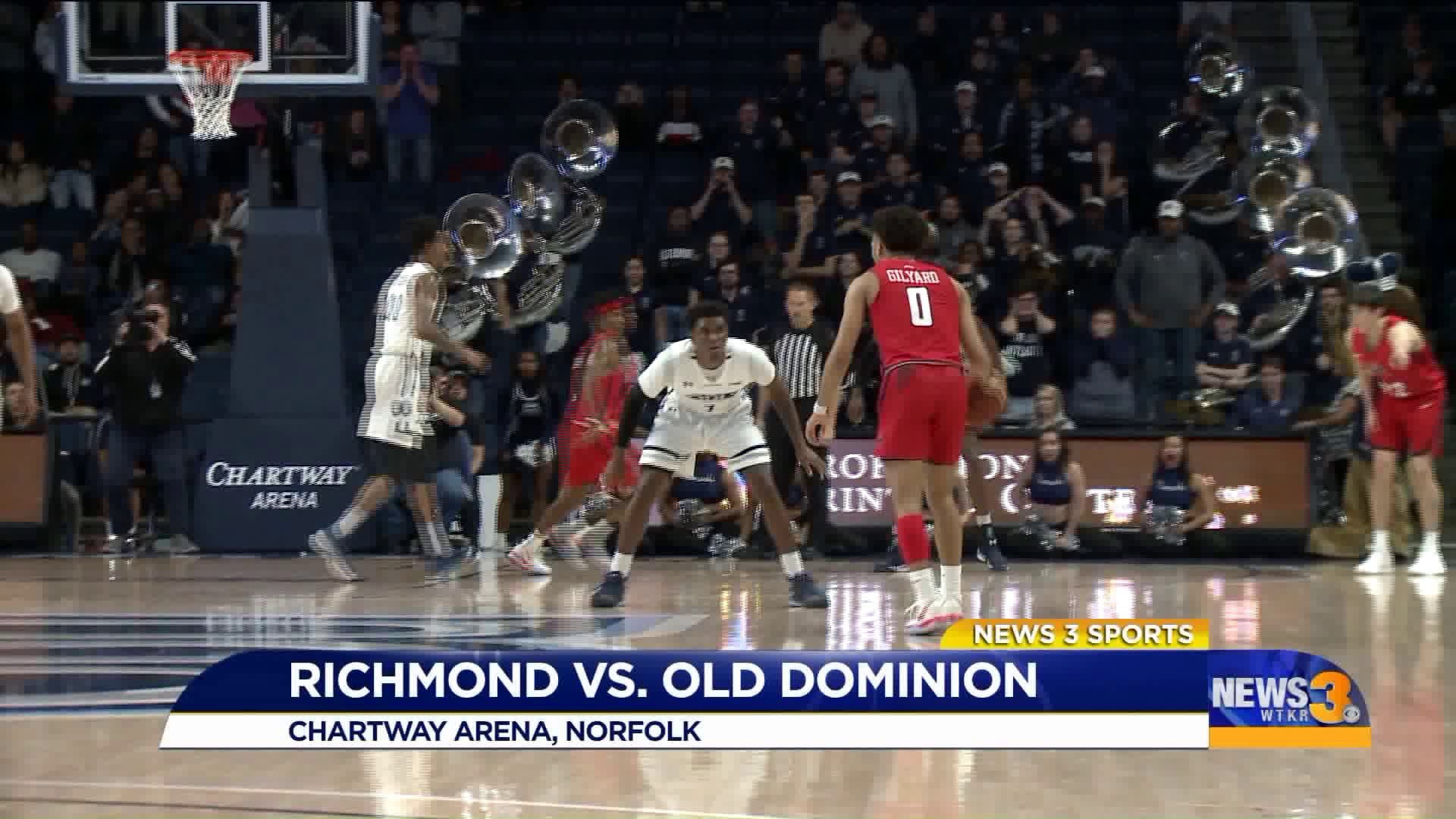 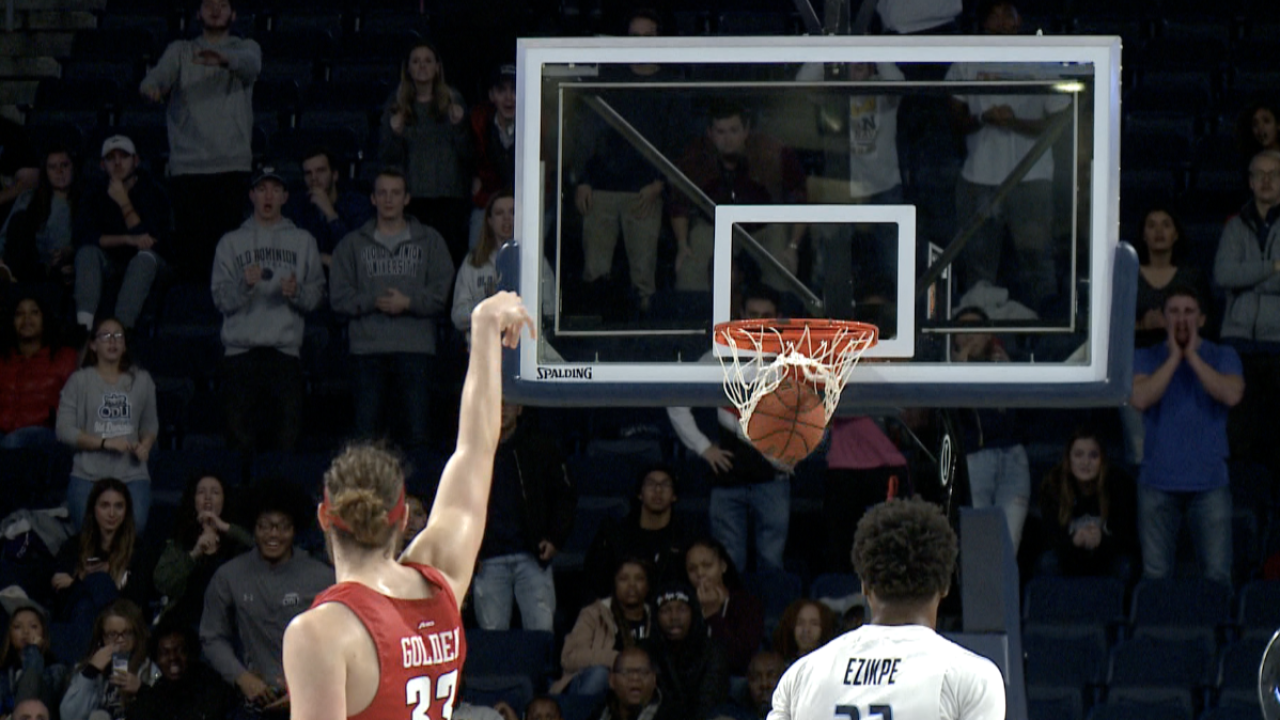 NORFOLK, Va. (ODUSports.com) – With the game tied, a Grant Golden three-pointer with two-seconds remaining in regulation lifted Richmond (10-1, 0-0 A10) to a 62-59 victory over Old Dominion (3-9, 0-0 C-USA) on Wednesday night at Chartway Arena in a game that was broadcast live on WGNT.

Two Jason Wade free-throws tied the contest at 56-56 with 3:32 to play in the second half, before Blake Francis drilled a three-pointer at the 3:10 mark to give the Spiders a 59-56 advantage. An Xavier Green [odusports.com] layup followed by a made free-throw once again tied the game up at 59 apiece with 1:40 left to play. Neither team would score again until Golden's second made three-pointer of the season went through the net to give Richmond a three-point win.

Xavier Green led Old Dominion with 14 points, to compliment five rebounds, one assist and one steal. Kalu Ezikpe followed with 11 points on 5-6 shooting from the floor, to go along with six rebounds and one assist. Also in double-figures for ODU was Malik Curry, who finished with 10 points, four assists, two rebounds and one steal. Jason Wade chipped in nine points, six rebounds, two steals, one assist and one block.

"Our guys competed, we battled and gave ourselves a chance, but as a basketball team we are desperate for a win," explained ODU head coach Jeff Jones. "As Al Davis once said, 'just win baby' and that's for us, we need a win badly. Richmond is a really good team and they just made one more play than we did tonight."

After trailing by as many as nine in the first half, ODU cut its deficit to four, 31-27, at halftime. The Monarchs were led by Xavier Green's nine points and Jason Wade's seven points, as they each grabbed three rebounds. Old Dominion's bench outscored Richmond's 8-2 in the opening 20 minutes, while ODU's defense held the Spiders to 11.1% (1-9) shooting from three-point range.

Old Dominion will remain at home for its next game, when the Monarchs play host to UMES on Sunday, Dec. 22 for a 2:00 p.m. ET tip. Sunday afternoon's game will stream on C-USA TV.