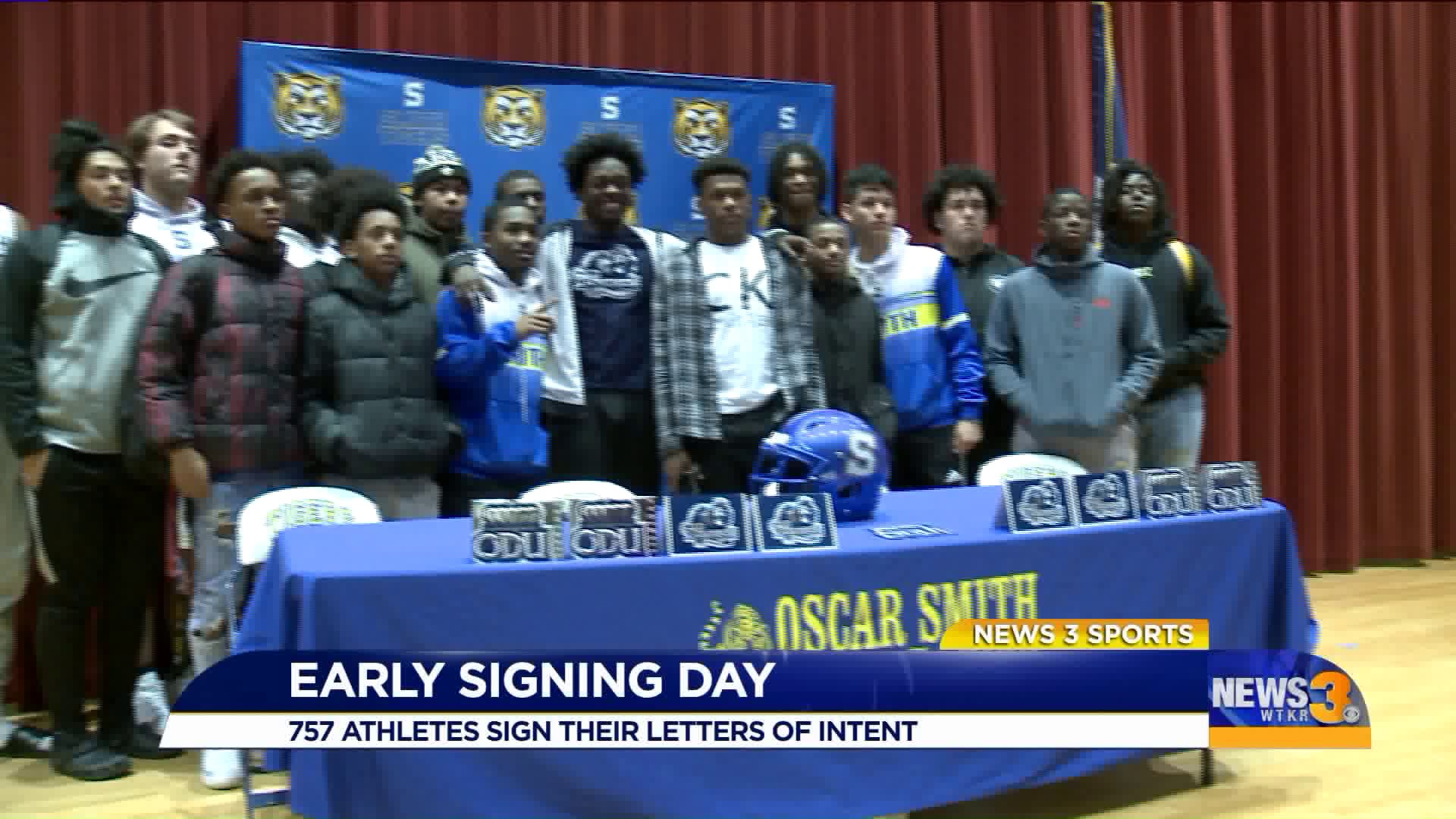 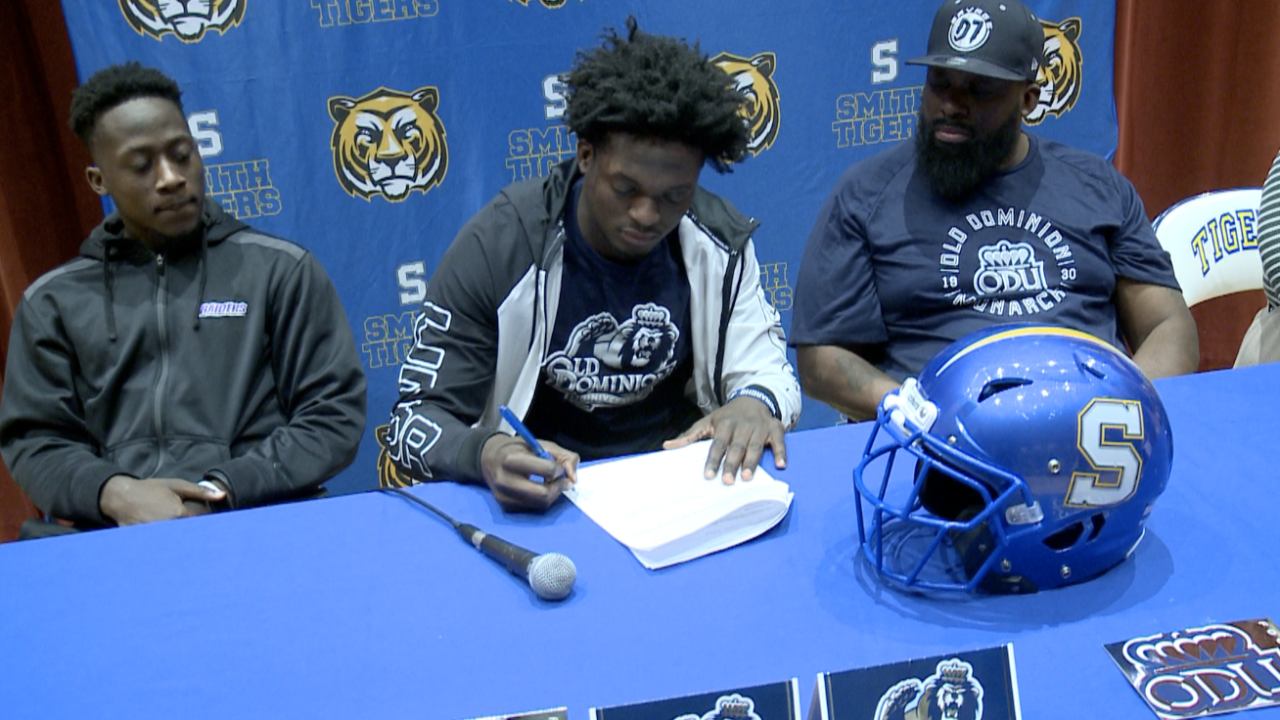 HAMPTON ROADS, Va. - Many football players across Hampton Roads signed their National Letters of Intent on Wednesday, the first day of the early signing period which lasts through Friday.

“You’re only gonna get this feeling once in a lifetime,” Virginia Tech signee Lakeem Rudolph (Green Run High School) said.

While signing day is filled with nothing but joy about the impending next chapter of life, the athletes go through plenty of stress when trying to decide what school is best for them.

"This whole week has been stressful,” Coastal Carolina signee CJ Beasley (Maury High School) said. "We were stressing about the game, we had to win the title. Once we won the title it was coming down to the decision of signing, so all that it was just left and right. It was a lot of stress."

"On the phone w/ coach Grantham he laid it out on me how they really need pass rushers like me. I'm a rare breed type guy...they showed as much love as they could. I loved it."https://t.co/6C8EjvKmzZ pic.twitter.com/BAsCxivoKI

“I fell in love as soon as I came on campus. It felt like home,” Kansas signee Karon Prunty (Norcom High School) said. "I really want to be a Jayhawk and I'm ready to get to work."

“The first time I stepped on campus it just felt like home," Penn State signee KeAndre Lambert (Maury High School) said. "Talking to the coaches we clicked first sight, me and the players we bonded.”

“Players at Virginia Tech, before I even committed, they took me in as a younger guy like I was a younger teammate," Rudolph added.

For Rudolph, signing day is extra special because just last November he thought his football career was done for good.

After getting into an accident while crossing the street, he ended up in the hospital with a broken jaw, and injured back and spine.

“I was a pedestrian and then I looked left and right," Rudolph said. "As I crossed the street everything happened so fast from there.”

"If you could see him on that day of the accident... it was God's will to get him back on that field," Green Run football coach Brandon Williams said.