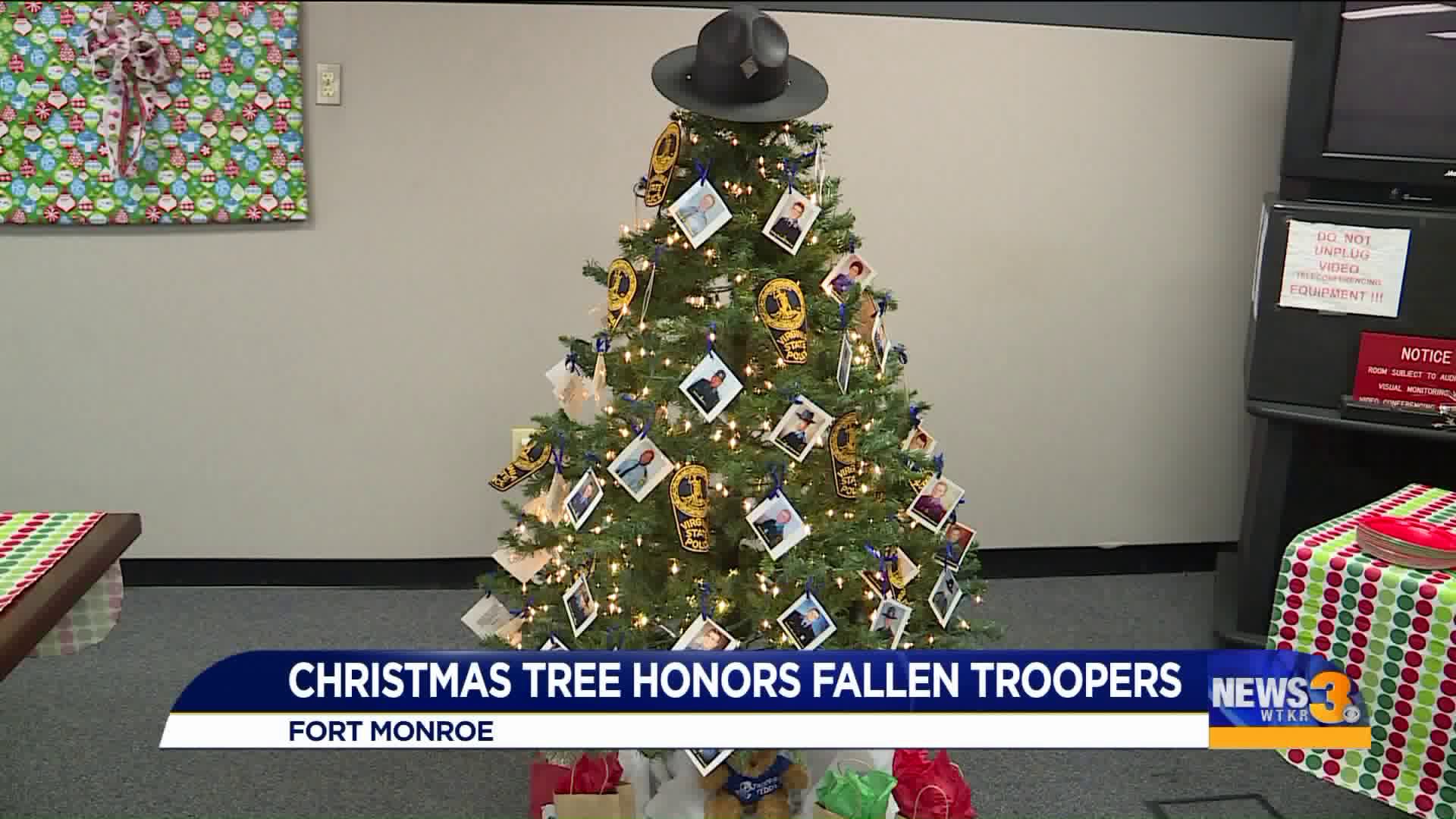 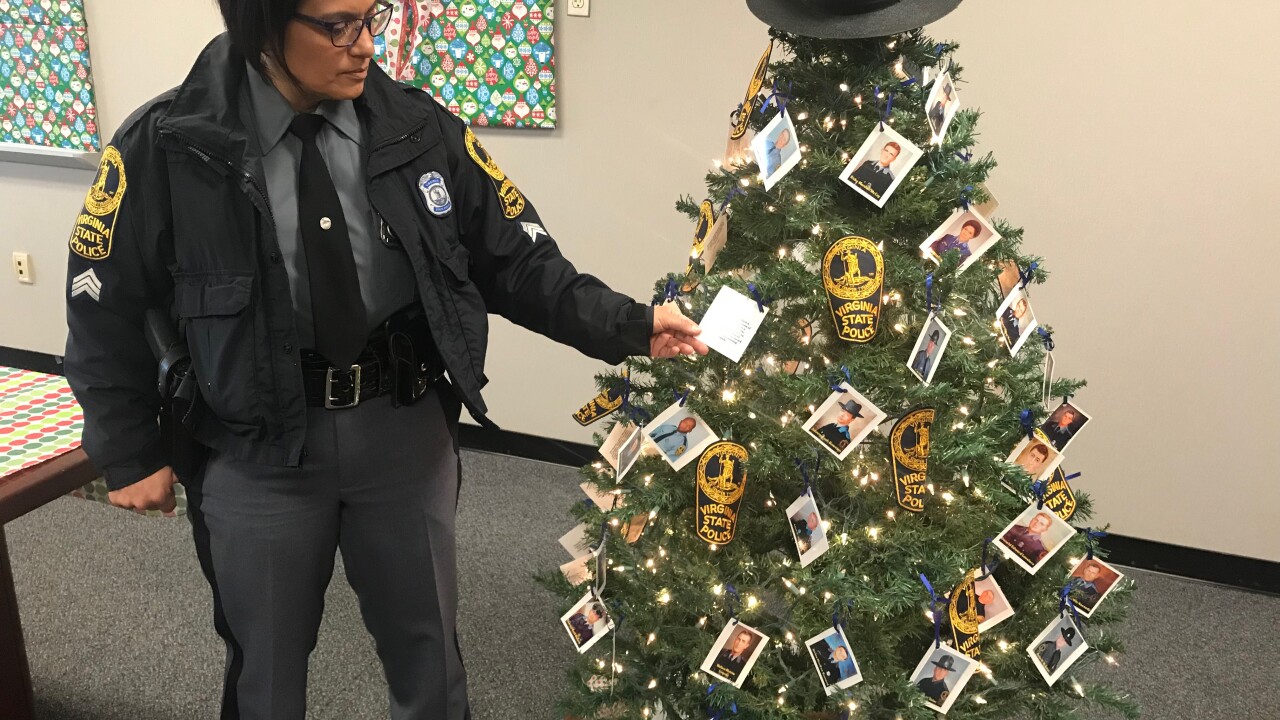 It looks like a regular Christmas with a string of lights, but instead of baubles and a star on top, it has pictures of those fallen state troopers. 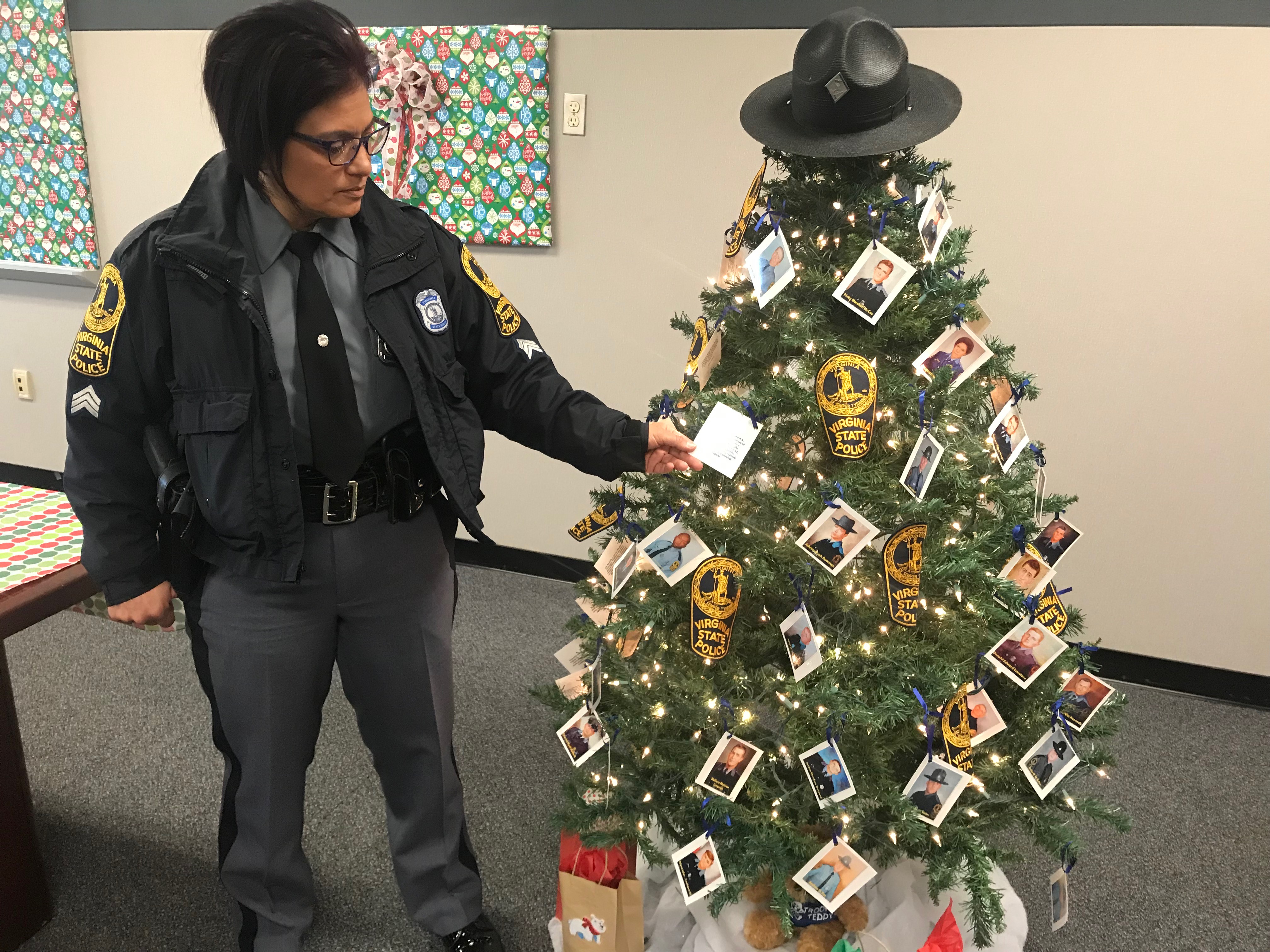 Each fallen trooper's picture hangs all around the tree. The pictures have a description on the trooper, how they died, and when. The tree's counterpart -- a traditional tree with traditional decorations -- stands just feet from this tree.

State Police Patches also adorn the tree. A trooper's hat sits on top where a star might normally be found. A "Trooper Teddy" sits under the tree, which is carried around by troopers and handed out to children involved in an active police scene.

Sgt. Michelle Anaya, the division's public information officer, said the idea for the tree was introduced this year. This is the first year the homage tree stands.

She added the tree was donated by a Special Olympics athlete.

The homage tree was also a centerpiece for the division's Annual Holiday Luncheon that took place on Friday. Current and past troopers, as well as other members of law enforcement, convened to enjoy a hot meal with their fellow law enforcement colleagues.