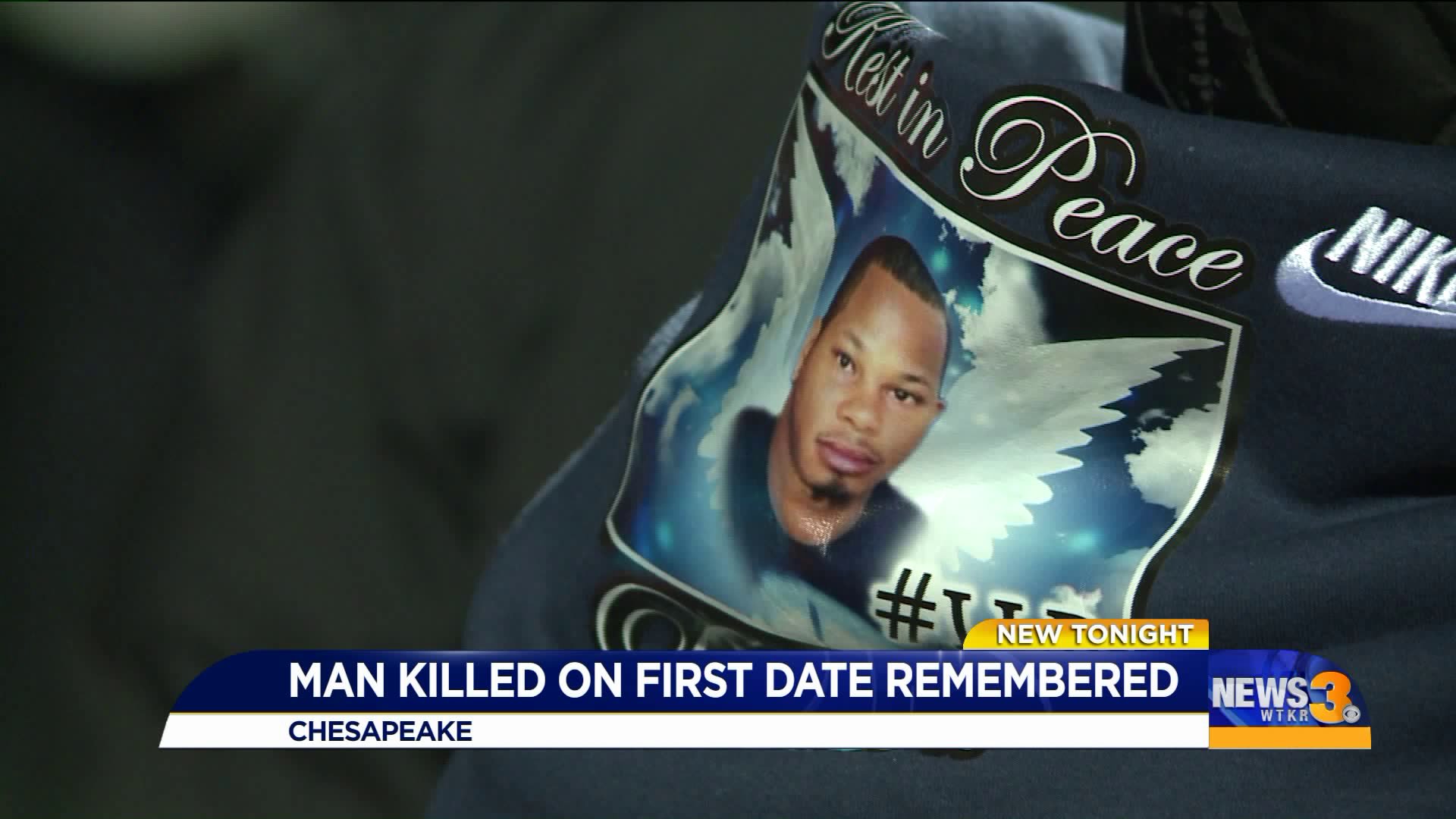 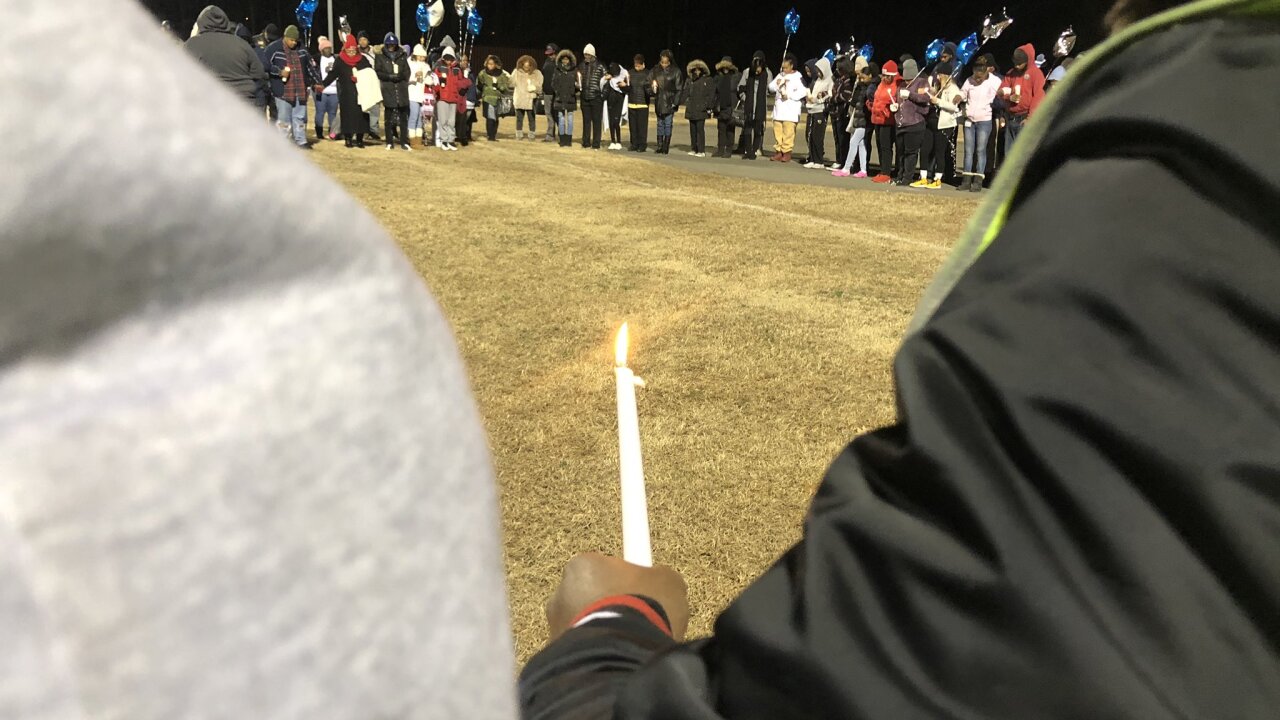 A circle in the middle of Great Bridge High School's football field was just a small representation of people who loved Brandon Turner.

“His death has connected so many people that you would have never known knew each other,” said Neal. He is Turner's older brother.

His family says sudden death happened after a first date. They say the ex of the woman he took out on a date assaulted him.

Police found the 32-year-old in a car unconscious on Lone Holly Lane in Virginia Beach. He died at the hospital.

“My brother was very loving; he supported everybody. He was just a fun person,” said one of his sisters, Tkeyah Phillips.

His other sister, Shaniqua Phillips, says her favorite memory with her brother when she was a little girl.

“We was playing in the house and they threw me up in the air and I fell into a glass table and I remember it stuck with me because I could never get those memories back.” 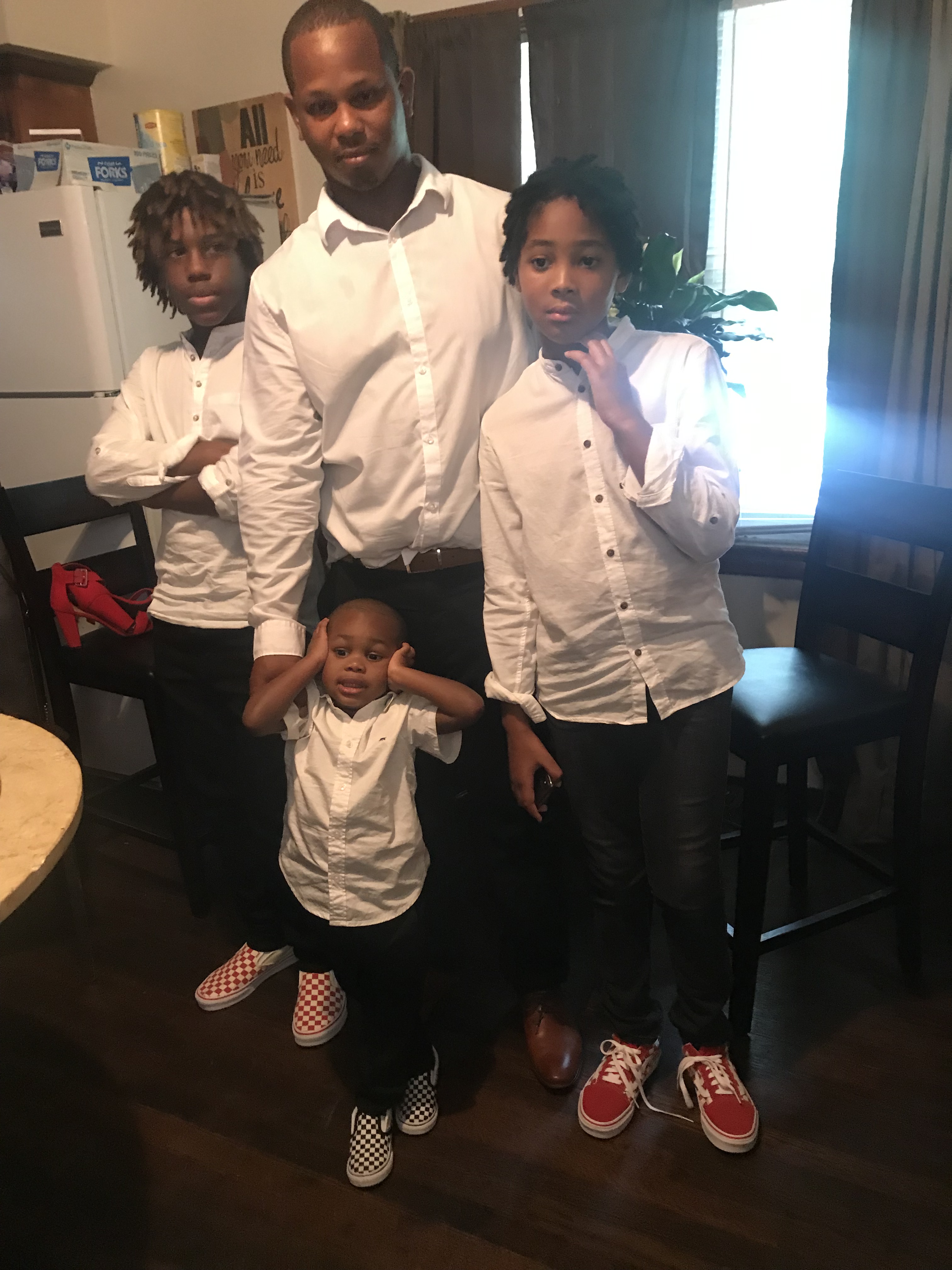 Those are memories that they will share with Turner's three boys.

“Seeing him grow and become the father that he is... I was super amazed by his growth,” said Neal.

Turner’s family tells us that he wasn’t just an amazing father to his three sons, but he was also a great father figure to his players on and off the field.

“There was a kid I know that was struggling at home - mother was single and just had trouble getting him to do good in school - and Brandon took that kid on his wings,” said Marsel Mason.

Mason coached the Great Bridge Yellow Jackets, a youth football team with Turner. The coaching staff and some of the players remembered the times they spent on the field.

Mason says, “It's no way we will be able to replace him, but we will dedicate next season to him.”

His siblings say it's tough losing their brother during the holidays, especially for his boys.

“The sad part about it is that they will remember this part of the year and equate it with the death of their father,” said Neal.

They say their memories with Turner will continue to live on and off the field.