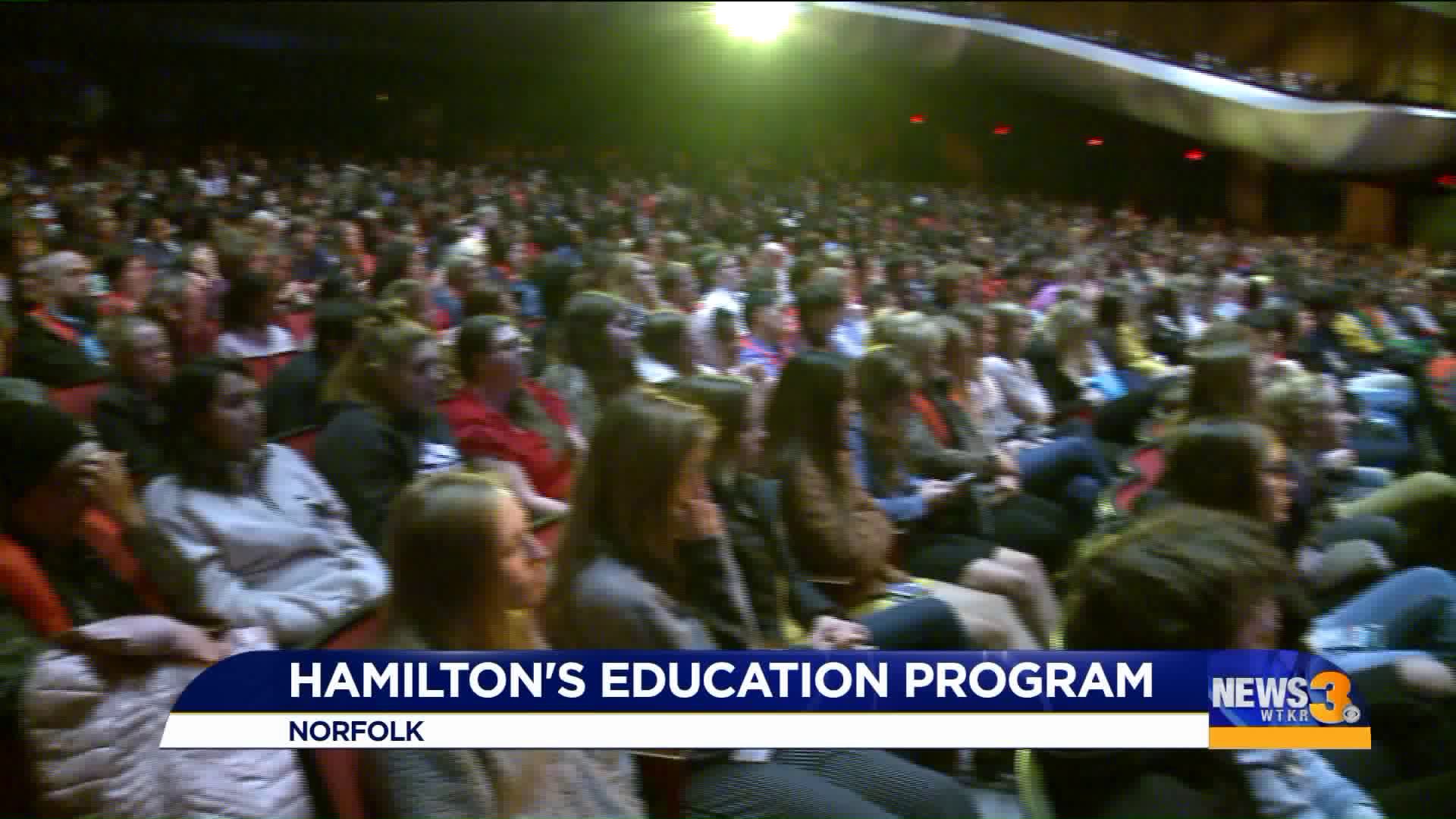 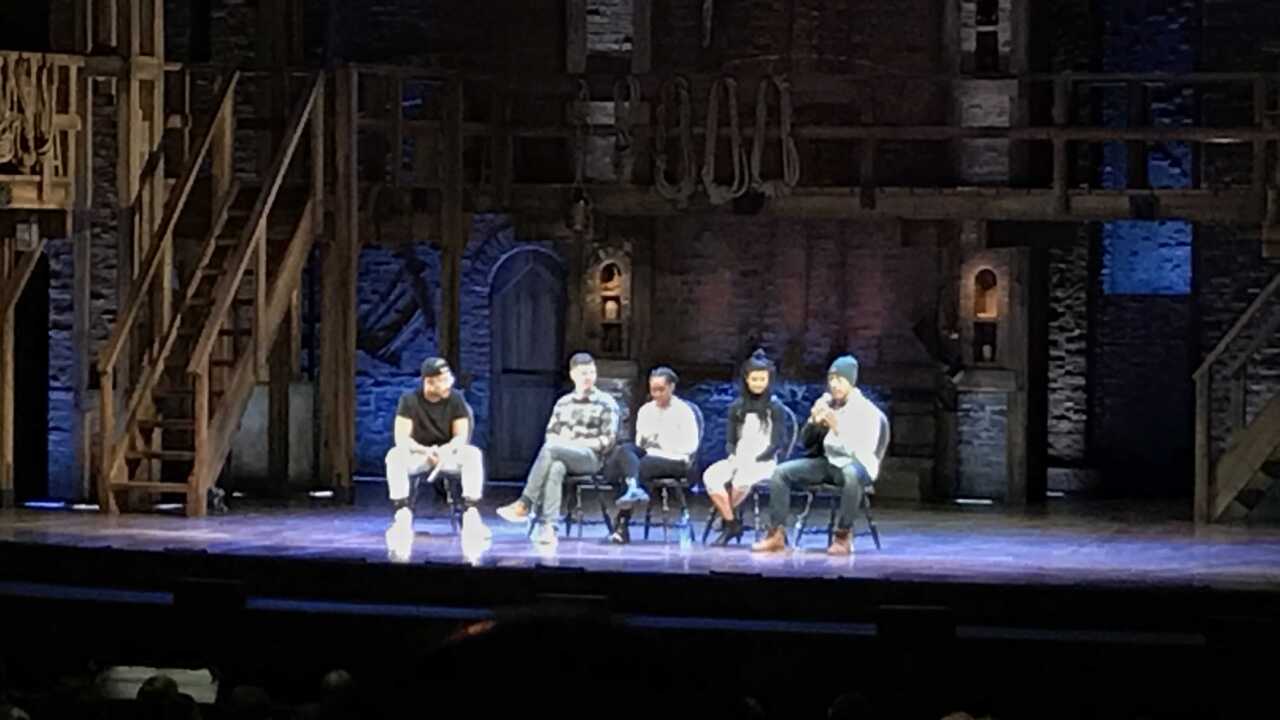 NORFOLK, Va. - An important addition to the "Hamilton" cast made their artist debuts at Chrysler Hall on Thursday.

More than a dozen students from across Virginia, North Carolina, Maryland and West Virginia took center stage to perform original pieces on the Founding Father era - all in front of 2,300 students.

"The experience was really astonishing," explained Breanna Forte, a student performer from Newport News. "I knew that this was going to be a huge opportunity, so I had to put in a lot of effort into my performance."

Forte performed a spoken word piece on Patrick Henry. To create the piece, she combined what she learned in the classroom at Warwick High School with the Hamilton Educational program, also known as #EduHam.

Forte's teacher, Jeffrey Miller, applied to the program in July.

"I'm so excited to share it with my students because I was able to see it ['Hamilton'] last year, and when I told my students, they were so jealous," explained Miller. "Now, a year later to take them to see it and it's just such a cool experience mostly because of the education behind it."

It's because of the education in the musical that the #EduHam program launched.

"When history comes alive for students in a way that they can interact with it and understand it in a more meaningful way," explained Amy DiChristina, #EduHam Program Manager for The Gilder Lehrman Institute of American History.

Through the program, students are able to read original documents from the Founding Father era, giving them information to help them pass their history tests while also getting them interested in politics today.

"We wanted them to read the actual words of the Founding Fathers so they could interpret for themselves what it meant and they could find a connection for themselves," said DiChristina. "Then, you watch 'Hamilton' and you think to yourself, 'Maybe it's not so unique what we are going through today.' The political parties have always fought with each other, and there has been fighting about what is best for our nation since Hamilton and Jefferson."

After the morning performances, students had a question-and-answer session with some "Hamilton" cast members. Then, all 2,300 students and performers were invited back to Chrysler Hall to watch an afternoon performance of the musical.