VIRGINIA BEACH, Va. - This update will really put you in the holiday spirit.

Earlier this week, News 3 introduced you to Virginia Beach resident Brynn Madamba, who was looking for an Amazon delivery driver who went out of his way to drop off more than a package - he also moved her trash can and rolled it to the front of her garage.

That small act of kindness touched Madamba, and she asked us to help find the driver.

Thanks to a viewer who recognized the man, we found him! His name is Teddy Siyoum, and he's been with Amazon as a driver for about six months. 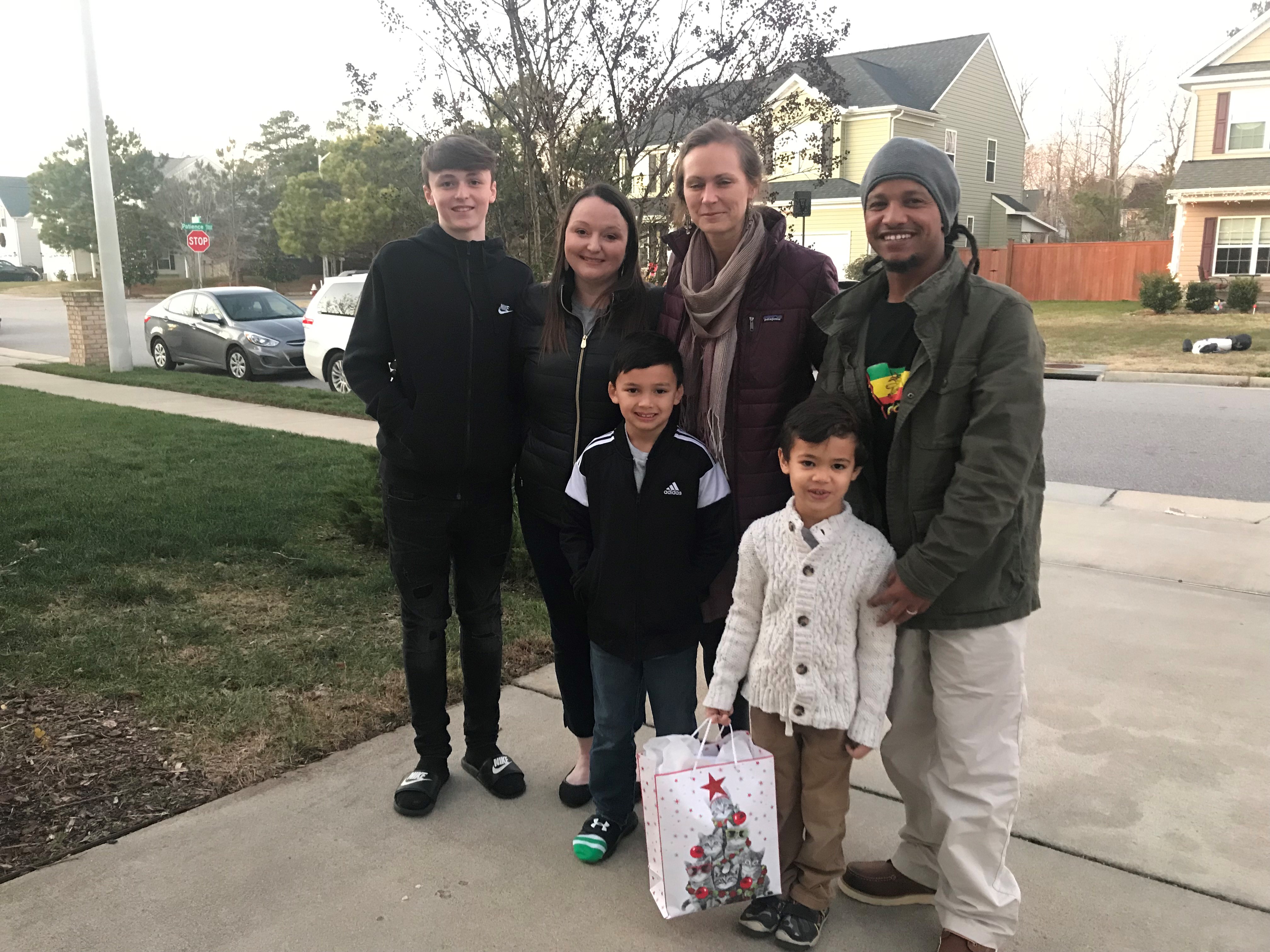 News 3 was able to set up a meeting between Madamba and Siyoum on Thursday. The two embraced when they met in person.

Siyoum tells us moving the trash can is one of the things he always does on his delivery routes. He says it makes him happy - it actually gives him energy and keeps his day going.

He brought his wife and his 5-year-old son to meet Madamba and her family, who surprised Siyoum's son with an early Christmas gift.

Siyoum says he didn’t do this act for a reward; he just wants to spread love.

“I’m happy. It’s nice to see that she appreciated it. It makes me happy," Siyoum said. “I just want everybody... we are all created the same. We need to be kind to each other, love each other and respect each other.”

Madamba says this was also a teaching moment for boys. Her middle son is actually responsible for bringing the trash in. Siyoum got to it before he did last week, but he made sure to do it Thursday!