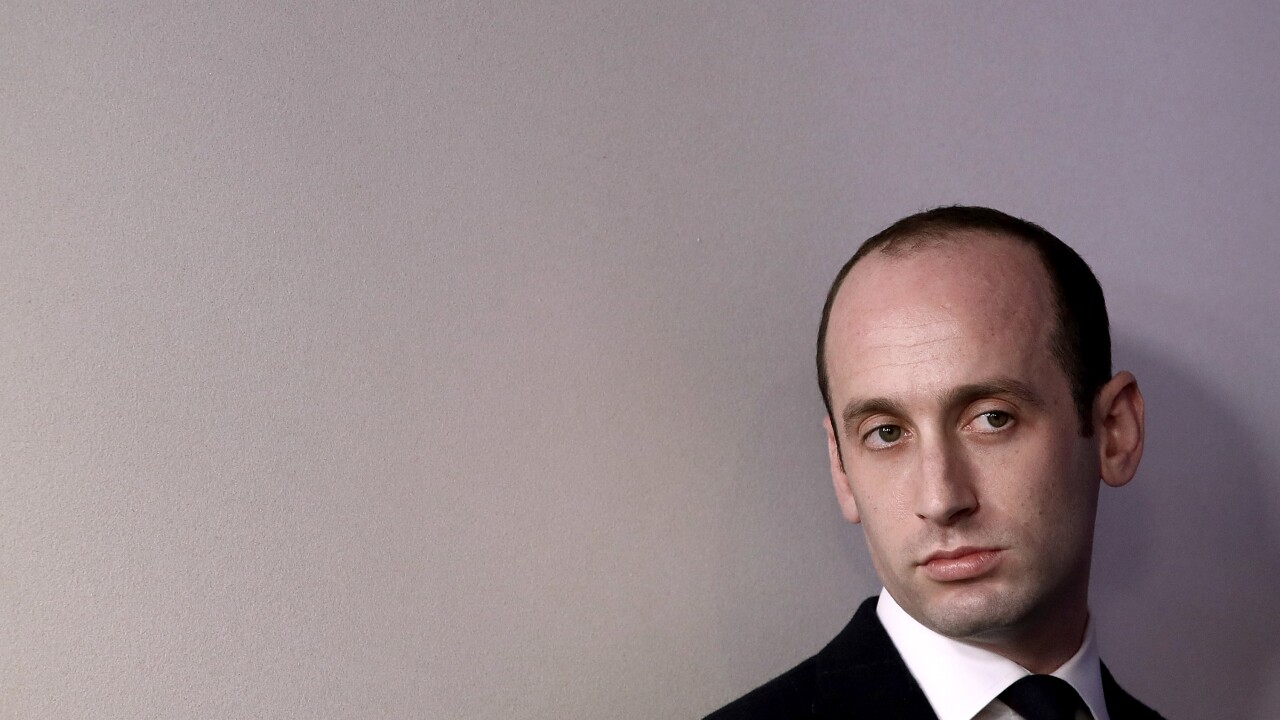 Twenty-five Jewish Democratic members of Congress are calling on President Donald Trump to remove senior White House adviser Stephen Miller from the administration based on leaked emails that showed he promoted stories from white nationalist and fringe media organizations.

The lawmakers are the latest to call for Miller to be fired after hundreds of the Trump adviser’s emails during the lead-up to the 2016 election were leaked by a former white nationalist who was working for Breitbart News at the time. The emails revealed Miller’s anti-immigration stances and his penchant for sharing virulently white nationalist websites to shape Breitbart’s coverage of issues involving immigration and people of color.

In a letter to the President, the 25 lawmakers made clear they are deeply disturbed not only by Miller’s influence but also by the way the White House has defended him.

“As Jewish members of Congress, we are calling on you to immediately relieve White House Senior Advisor Stephen Miller of all government responsibilities and dismiss him from your Administration,” the letter states. “His documentation of white nationalist and virulently anti-immigrant tropes is wholly unacceptable and disqualifying for a government employee.”

Their letter follows a similar call for Miller’s ouster in November from more than 100 Democratic members of Congress.

The emails, first published by the Southern Poverty Law Center, were sent during the two years leading up to Miller taking the job as a senior White House adviser. At the time, he had been working for then-Sen. Jeff Sessions — an Alabama Republican who went on to become Trump’s first attorney general — and later for the Trump campaign.

Miller exchanged hundreds of emails with then-Breitbart News editor Katie McHugh in 2015 and 2016. McHugh says she was a white nationalist at the time and was told that Miller would help shape her news coverage of immigration and other issues. She first shared the emails with the Southern Poverty Law Center and then later with CNN.

One of the emails showed Miller had sent her a link to VDARE, a prominent white nationalist website.

In another email, Miller sent a Breitbart employee a link to the fringe right-wing media organization InfoWars.

Miller did not respond to CNN’s request for comment.

Related: 3 founding board members of Women’s March leaving after allegations of anti-Semitism

A White House spokesperson responded to CNN about the allegations made by McHugh in November, when her emails were first published by the Southern Poverty Law Center.

“SPLC is engaged in a vile smear campaign against a Jewish staffer,” the spokesperson said. “While Mr. Miller condemns racism and bigotry in all forms, those defaming him are trying to deny his Jewish identity which is a pernicious form of anti-Semitism.”

That response sparked outrage from the more than two dozen Jewish members of Congress who signed the letter.

“We are deeply troubled the Administration is claiming that the legitimate criticism of Miller is anti-Semitic simply because Miller is Jewish. Nothing can be further from the truth,” the letter states.

The lawmakers add, “Weaponizing anti-Semitism is incredibly dangerous — by muddying the waters we are no longer able to see and fight against real anti-Semitism.”