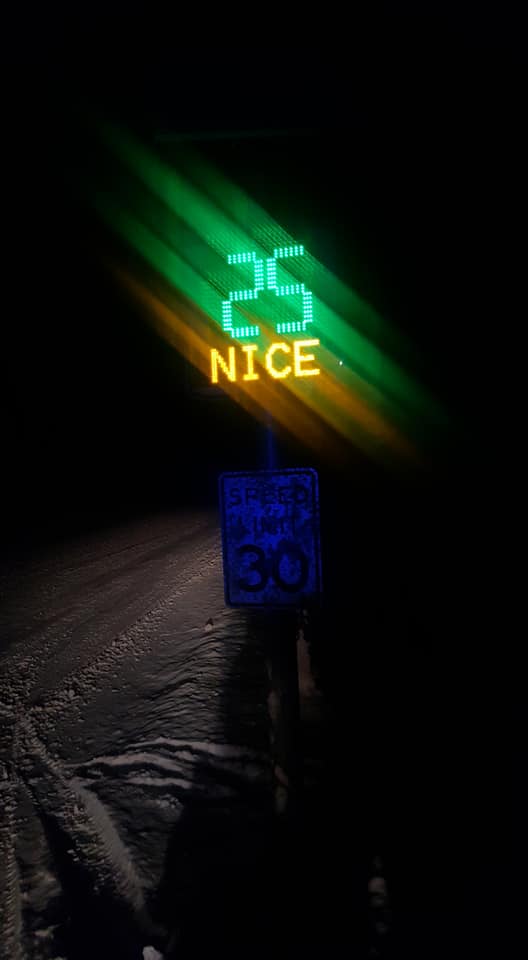 You better watch out, you better not cry, better not pout, I’m telling you why: Santa Claus is watching you drive!

A Vermont police department has installed a holiday-themed radar sign that illuminates “naughty” for speeders and “nice” for drivers abiding by the speed limit.

The department in the city of Chester, about 90 miles from Burlington, posted photos on its Facebook page with the caption: “We received a request direct from the North Pole to remind everyone that Santa is still making his list and checking it twice, and to make sure to have a safe and happy holiday season!”

The speed shows up as green numbers for nice drivers and red numbers for naughty drivers. Beneath each, the words “nice” or “naughty” light up.

Chester police say they were inspired by the neighboring city of Manchester that had been doing this for three years now.

“A resident had seen the radar signs in Manchester and mentioned it to our town clerk,” Det. Adam Woodell of Chester police told CNN.

The response has been instant — and positive, Woodell said.

One resident called to let the department know that being called naughty at his age gave him “the giggles.”

“It gets drivers to pay attention and that is the ultimate goal, to keep people safe, not just festive,” Woodell said.