75 vehicles involved in I-64 crash that injured 51 people

YORK Co., Va. - A multi-vehicle crash involving at least 75 vehicles shut down the westbound lanes of I-64 in York County Sunday, December 22, according to the Virginia State Police.

The crash, which shut down I-64 for more than seven hours, was determined to have been caused in part by weather and road conditions, VSP said.

At least 51 people from those vehicles were taken to regional hospitals. The majority of injuries were minor, with 11 individuals being treated for serious injuries. There are still no reported fatalities related to the crashes, VSP said.

According to VDOT Hampton Roads, the crash occurred at the Queens Creek Bridge before Camp Peary, exit 238, at 7:51 a.m. The VSP said that the driver of a 2008 Chevrolet HHR lost control of their vehicle and spun out due to black ice before being struck multiple times by other vehicles traveling in the eastbound lanes.

Another crash at the Queens Creek Bridge later blocked a single eastbound lane on I-64, according to VDOT. 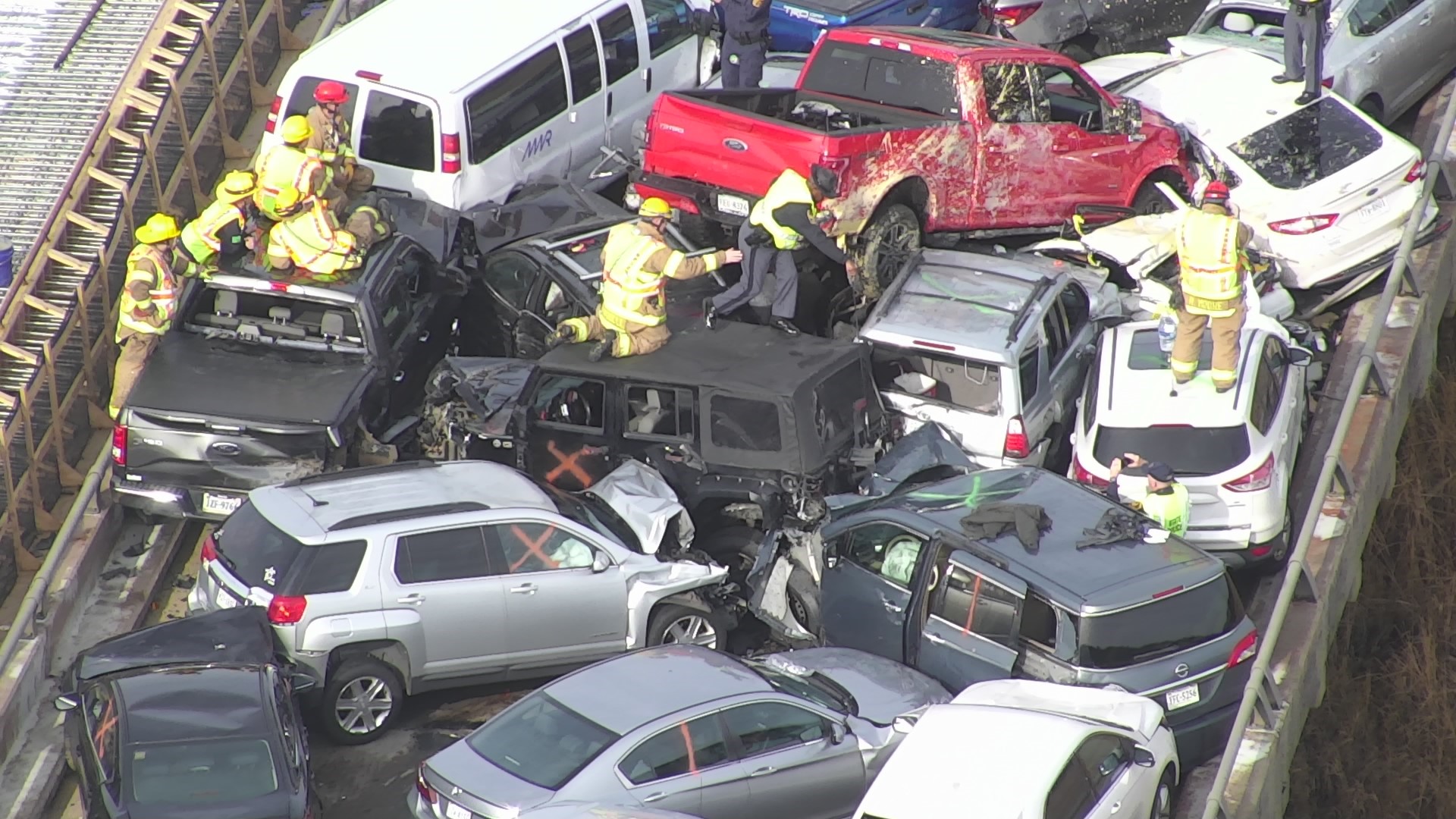 The Virginia State Police said fog and ice were present on the roadway at the time of the crash.

The roadway was closed for an extended period of time.

Gov. Ralph Northam released a statement on Twitter expressing condolences for the crash:

My thoughts are with all involved in the multi-vehicle accident near Williamsburg this morning. Grateful for the emergency crews, first responders, hospital staff, @VSPPIO, and @VaDOT personnel who are working around the clock to keep people safe this holiday season.

The VSP said the investigation is still ongoing, and no charges are pending at this time. Once the crash report is completed, it will be presented to the Commonwealth Attorney's Office for final review and determination if charges will be placed.