PORTSMOUTH, Va. - “From what the fire department said, it looked like the fire traveled up into the ceiling and kind of cooked it," said Jonathan Fishel.

Firefighters with Portsmouth Fire Rescue & Emergency Services responded to an apartment fire in the 6200 block of Hightower Road Monday afternoon.

Fishel arrived to his apartment moments after he got a call from the leasing office saying that his home was on fire.

Crews were dispatched at 2:14 p.m., with the first unit arriving on scene five minutes later.

Firefighters quickly entered the building to control and put out the fire, which was marked under control at 2:45 p.m.

“It hurt. It definitely hit heavy because I knew no one was home, but after everything was done I just sat there and thought, 'What if my wife and my baby were home?'" he adds. 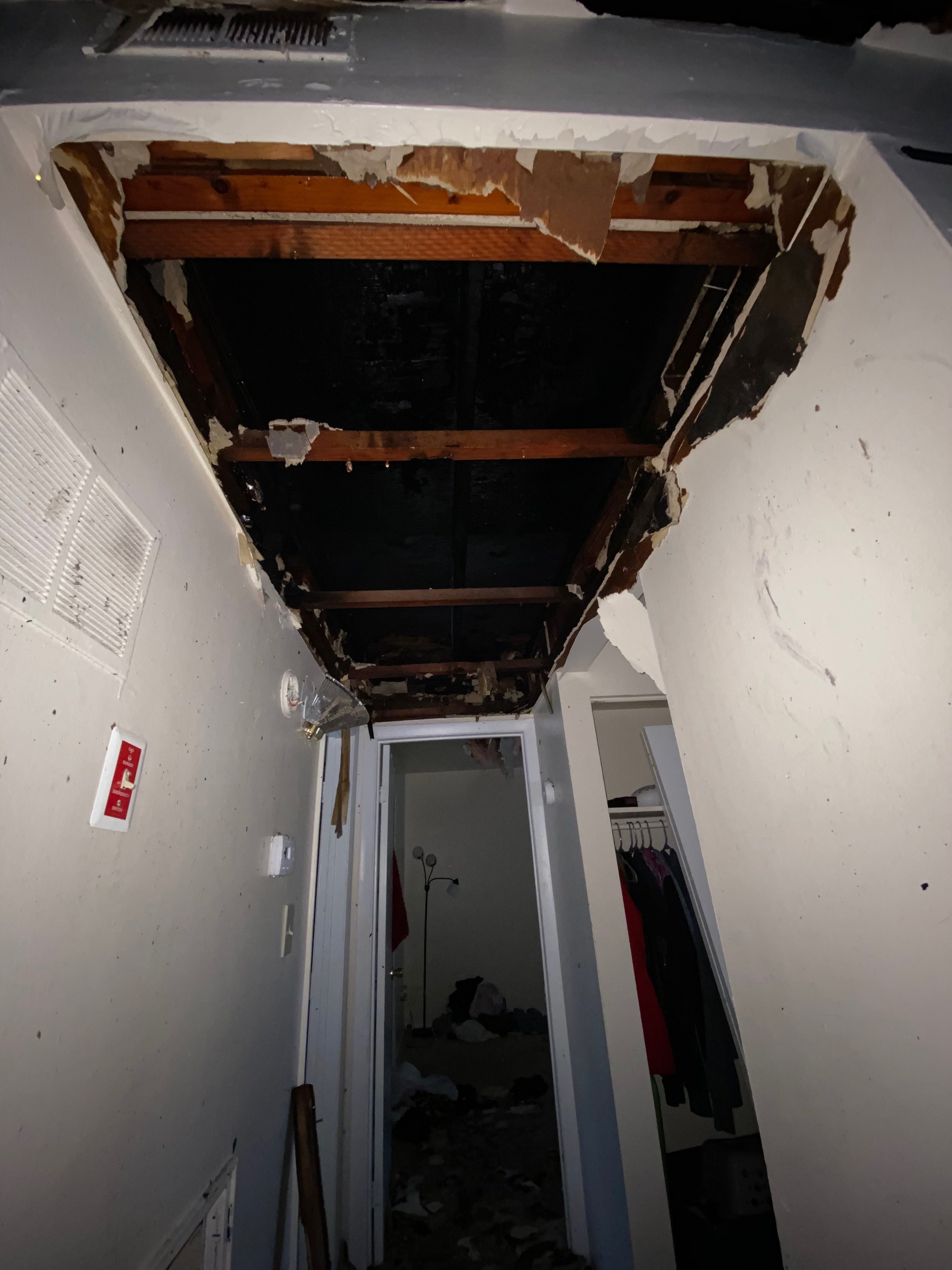 All occupants of the apartment complex made it out safely.

Fishel's newborn, Esrielle, is just a month old. Her parents were looking forward to the perfect Christmas for their new baby.

Fishel says, “My wife was all excited -  got gifts for her even though she won't remember, but we will have pictures to look back on.”

Now, the only pictures that are left of their home are ones of the damage.

“We are just worried about our daughter. We need clothes for her. We need diapers and baby food and all that," he adds.

The family created a GoFundMe page to help them start all over; they're halfway to their goal.

As Fishel tries to rebuild through the ashes, he has a message.

“At the end of the day, it's about your family. It's about the love and support and what Christmas was originally built on."

No civilians or firefighters were hurt during this incident.

The Fire Marshal's Office is investigating the cause of the fire.