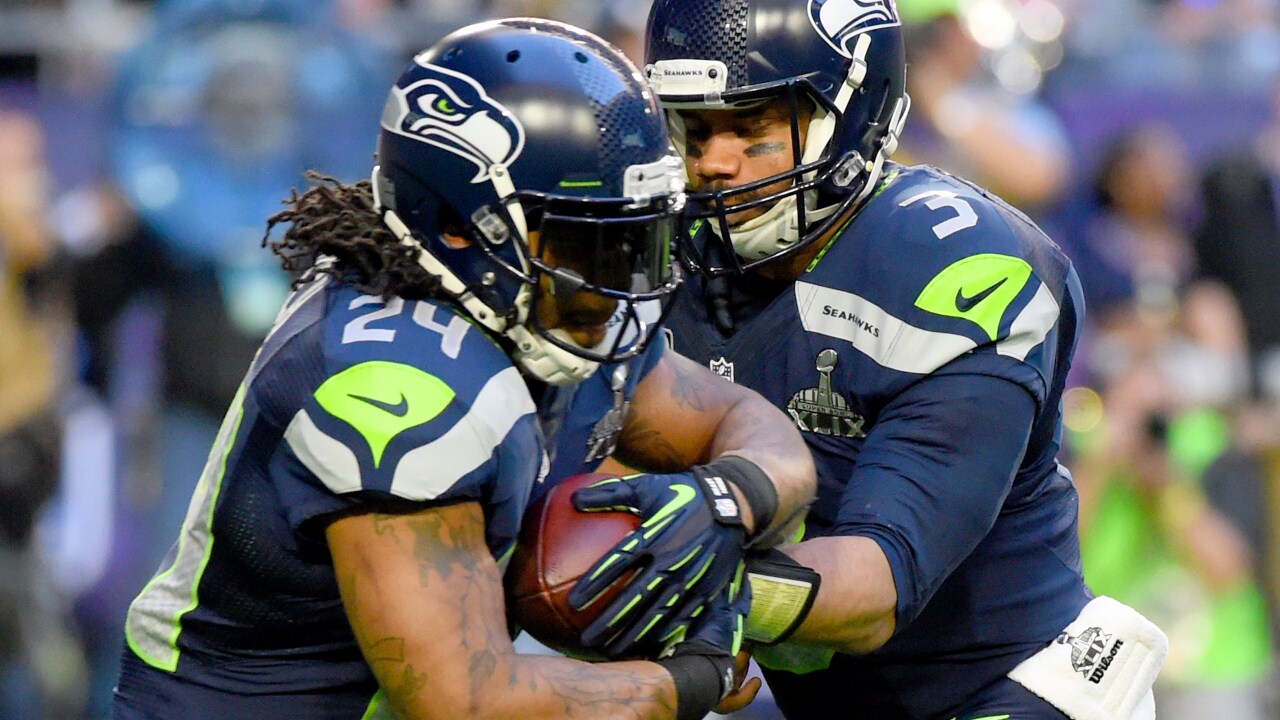 Seattle Seahawks quarterback Russell Wilson(R) hands the ball to running back Marshawn Lynch against the New England Patriots during Super Bowl XLIX at University of Phoenix Stadium on February 1, 2015 in Glendale, Arizona. The Patriots defeated the Seahawks 28-24. AFP PHOTO / TIMOTHY A. CLARY (Photo credit should read TIMOTHY A. CLARY/AFP via Getty Images)

SEATTLE – The Seattle Seahawks’ worst nightmare came to life on Sunday when they lost two of their running backs to injury.

This comes at a time when the Seahawks (11-4) are preparing to face the San Francisco 49ers (12-3) in a game that will determine the NFC West champion.

As a result, Seattle has turned to one of their former starts, Marchawn Lynch, signing him to a deal that lasts through the remainder of this season.

Lynch played with the Seahawks from 2010 to 2015, where he reached the 1,200 yards rushing mark four straight seasons an dled the NFL in rushing touchdowns twice. After retiring during the 2016 season, he returned to the NFL  year later to play with the Oakland Raiders from 2017 to 2018.

Seattle has also signed Robert Turbin who was drafted by the Seahawks in the 4th round of the 2012 NFL Draft. He played with Seattle for three seasons before spending time in Cleveland, Dallas and Indianapolis from 2015 to 2018.

Both Lynch and Turbin have not played in the NFL since the 2018 season.

Sunday’s game between the Seahawks and 49ers will be played in Seattle. It begins at 8:20 p.m. and winners claims the NFC West title.