From arctic blasts to heat waves, this year’s weather broke more than 120,000 records in the US 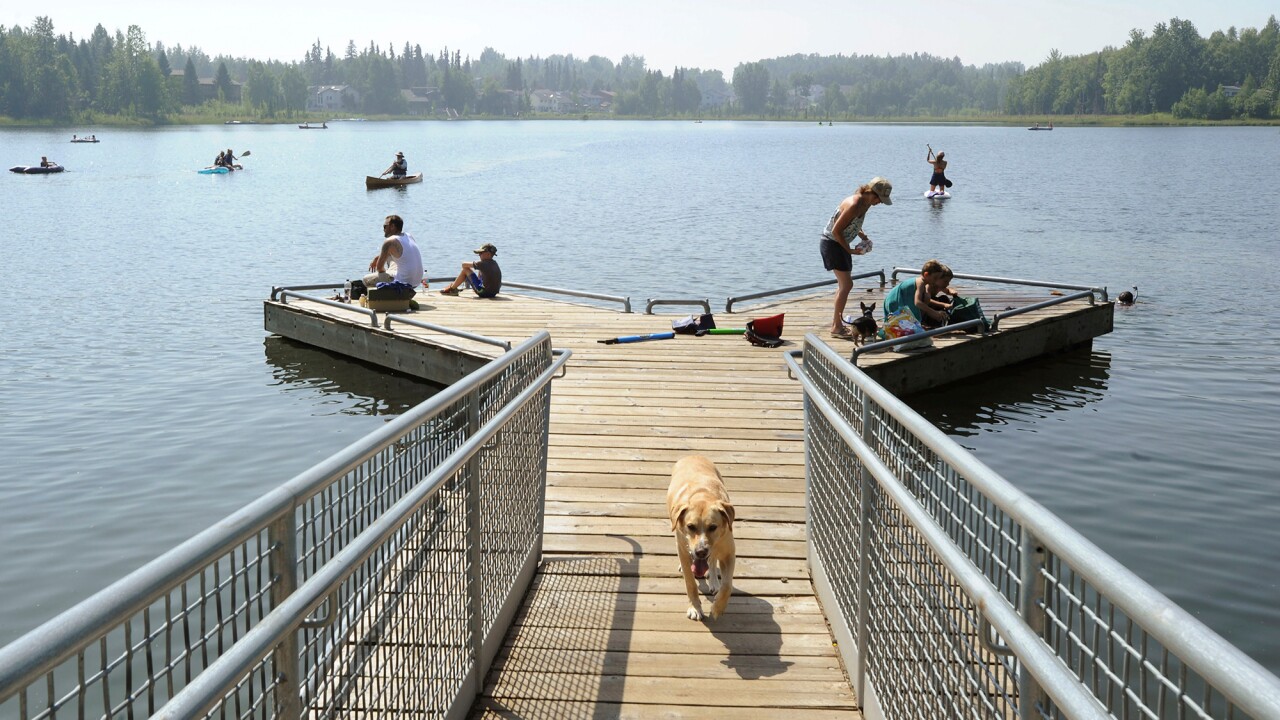 People with their dogs swarm to DeLong Lake hoping to stay cool in the record breaking heat in Anchorage, Alaska, Friday, July 5, 2019. Alaskans who routinely pack knit caps and fleece jackets in summer on Friday were swapping them for sunscreen and parasols amid a prolonged heatwave. Residents of Anchorage and other south-central cities completed a fifth week of above-normal temperatures, including a record high 90 degrees (32.22 Celsius) on Thursday, July 4, in the state’s largest city. (Anne Raup/Anchorage Daily News via AP)

An Alaskan heat wave. A Hawaiian winter storm. A deluge in Nebraska that turned towns into islands.

This year’s extreme weather broke more than 120,000 daily records across the US — from temperatures to precipitation and snowfall records, according to the National Climatic Data Center.

While the total number of daily records aren’t that unusual compared to previous years, meteorologist Guy Walton told CNN, the bigger picture is.

“We should see the wettest year in recorded history, or at least since records have been kept in 1895,” Walton said, who has spent more than 30 years as a meteorologist.

The Midwest was particularly hit hard earlier this year, with large areas under water. The flooding devastated farms in parts of Nebraska and Iowa, killing livestock and ruining harvests.

And climate experts suggest the extreme nature of this year’s weather — from record flooding to record highs — is a red flag.

It was 70 degrees in Alaska. In March

There were a lot of first-time-evers for communities across the US.

The first time Nick Dombek’s five-year-old son saw snow falling at their house on the east side of Tallahassee, Florida.

The first time Assistant Chief Bimbo Gifford had to battle a fire in freezing temperatures with wind chills of minus-50 degrees. He’s been a volunteer with Wisconsin’s Cameron Fire Department for decades.

The first time Alaska saw 70-degree weather as early as March. And with the Arctic warming twice as fast as the rest of the planet, the summer was no better.

On the Fourth of July, Anchorage was hotter than Key West at 90 degrees, setting a new all-time record, according to the National Weather Service.

All this has meant a lack of sea ice for Alaska this fall, according to the National Park Service, with ice coverage in the Arctic at the lowest levels ever recorded. Which is critical to the coast’s ecosystem, since sea ice sustains millions of organisms.

“You’ll see that when it comes to alarming changes, the last frontier feels like the first in line,” CNN Chief Climate Correspondent Bill Weir said after traveling across Alaska this summer.

And across the Southeast, it was a seemingly “never-ending summer,” with temperatures up to 100 degrees lasting into October, CNN Meteorologist Brandon Miller said.

The unseasonable heat has been part of the larger pattern of climate change. And Walton says a new state will have to brace for the global domino effect — Hawaii.

Despite its tropical climate, Hawaii has seen hundreds of record highs this year. And record lows. Like near Maui’s Polipoli State Park, when it was blanketed by snow.

“For perhaps the first time ever, snow has fallen in a Hawai’i State Park,” the Department of Land and Natural Resources said in February. “It could be the lowest elevant snow ever recorded in the state.”

But Walton points to the hundreds of record highs the islands experience this year.

Like the 97-degrees recorded in late September by a weather station near the Honolulu Zoo, setting an all-time record, according to the NCDC.

“Beyond temperatures getting more uncomfortable in an already warm environment, our 50th state will get more susceptible to organized tropical activity moving from the east and south due to an overall hotter surroundings,” Walton said on his site tracking historical weather data.

“To sum up,” Walton said, “here we have one more case for a warming world.”