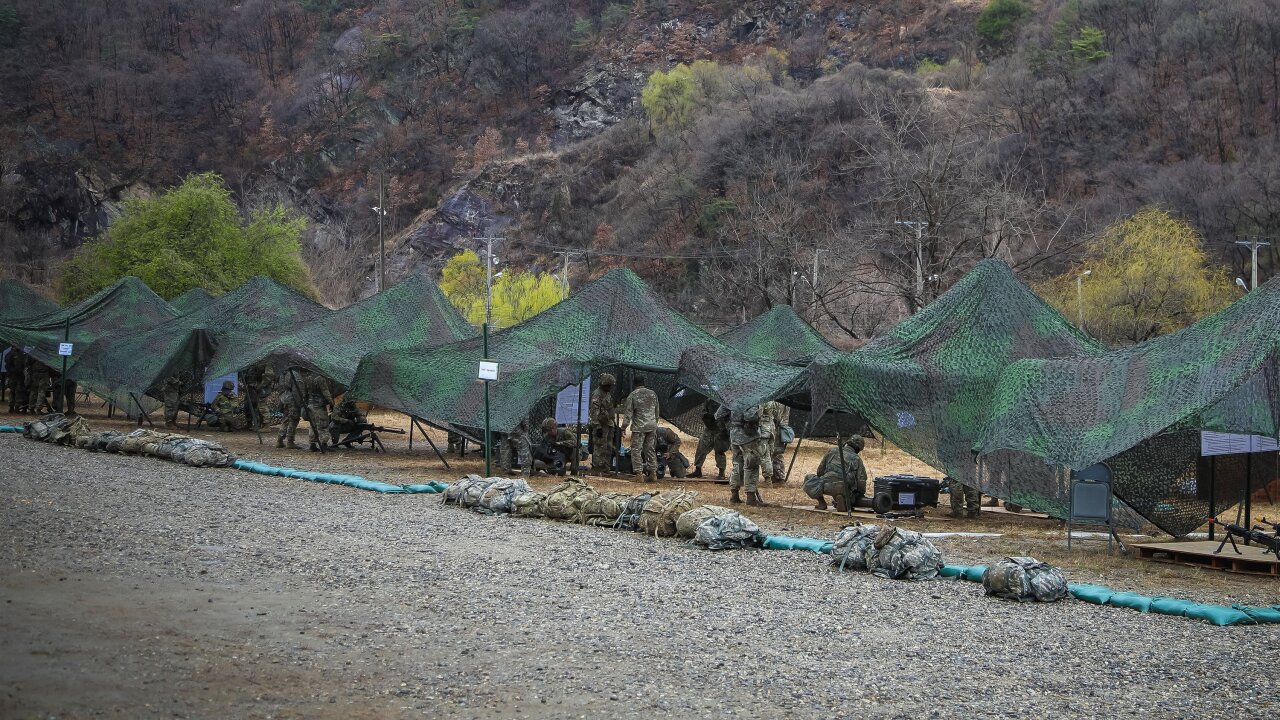 A US Army base in South Korea accidentally sounded its alert siren inadvertently stirring anxieties at a time when North Korea is threatening a “Christmas gift.”

A US Army base in South Korea accidentally sounded its alert siren on Thursday night, inadvertently stirring anxieties at a time when North Korea is threatening a “Christmas gift.”

The false alarm rang out at Camp Casey, north of Seoul, around 10 p.m. the day after Christmas.

A US Army base in South Korea accidentally sounded its alert siren inadvertently stirring anxieties at a time when North Korea is threatening a “Christmas gift.”

What should have been played was taps — the bugle call played at military funerals and on military bases at the end of the day.

The mistake was “due to human error,” public affairs officer Lt. Col. Martyn Crighton said in a statement.

“The operator immediately identified the mistake and alerted units on Camp Casey of the false alarm,” Crighton said.

A commenter on the US Army Reddit thread had posted Thursday, “So someone on Casey decided to hit the go to war button instead of taps, it was a false alarm but goddam did the entire battery got riled up.”

Another posted that the false alarm “had guys running up and down the halls in full uniform.”

“I’ve been here for like 2 weeks and I hear some alarm going off. Call some people in my unit and they say they never heard it before. My damn blood pressure man,” another wrote.

Camp Casey is one of the US bases close to the Demilitarized Zone between North Korea and South Korea.

The Christmas holiday passed without a “gift” from the North Korean regime. CNN reported on Thursday that US officials are puzzled why Kim Jong Un chose not to conduct a weapons test.

The Trump administration had widely interpreted the North Korean promise of a “Christmas gift” to mean a weapons test, based on intelligence reports that some weapons components had moved.

Related: Christmas passes with no ‘gift’ from North Korea, but US officials are still watching closely

A source familiar with the North Korean leadership’s current mindset told CNN that a new hard-line policy toward the US, which involves taking denuclearization off the table amid perceptions that President Donald Trump is vulnerable politically, is likely to be the so-called “Christmas gift.”

The administration has preapproved a series of military show-of-force options that could be quickly executed if North Korea were to engage in a provocative missile launch or some type of test of weapons components, according to a US official. Those options could include everything from flights of bomber aircraft over the Korean Peninsula to quickly-called military drills of ground weapons.

US officials broadly consider the window for a test to still be open through Kim’s birthday in early January.