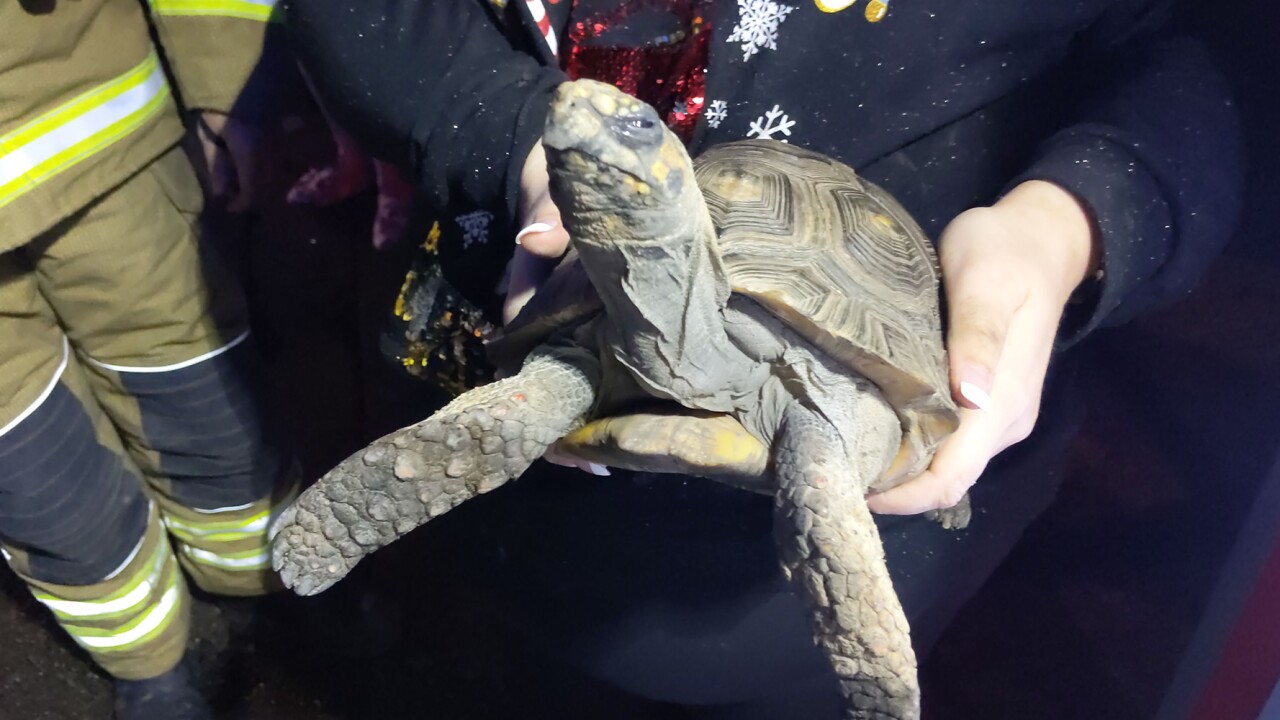 The main suspect in the fire is a 45-year-old tortoise who appears a bit cranky.

You’d think a 45-year-old would know better than to knock a hot object onto his bed.

But a grumpy-looking tortoise apparently named Victor is being blamed for doing that and starting a fire at his human’s home in Duton Hill, Essex, in England.

The main suspect in the fire is a 45-year-old tortoise who appears a bit cranky.

Fire officials there say the tortoise knocked a heat lamp onto its bedding, which then caught on fire. The tortoise was unable to call 999, but neighbors heard smoke alarms and called emergency services.

Crews were on-call — at home with their families — and rushed to the station, then to the house.

They kept the fire to one room, and Victor, who must have stayed low to the ground in the smoke-filled home, was saved. And the fire was put out quickly.

“This tortoise has had a very lucky Christmas Day — he is 45 years young and will now hopefully continue to live a long and happy life thanks to working smoke alarms,” the fire department proudly exclaimed on social media.

Among the comments on the fire department’s Facebook page were a couple from Elyse Steel Sowerby, who said the creature is hers.

The department replied: “Ahh we should have guessed as much! You are more than welcome – we are just glad to have helped you get a happy ending this Christmas.”

It also confirmed to another commenter the fire began when a heat lamp met hay.