Dispatcher received a call for a gunshot wound near the intersection of 19th Street and Parks Avenue at 2:45 p.m.

Officers arrived on scene to find the man suffering from a non-life-threatening gunshot wound.

Emergency Medical Services took him to a local hospital for treatment.

According to Hampton Roads Transit, stops at Parks Avenue & 20th Street for Route 960 are temporarily blocked due to the incident. Transportation officials advise passengers to use the stops at 19th Street and Arctic Avenue until further notice.

Stops at PARKS & 20TH Street for the Route 960 are temporarily blocked due to an incident by the Convention Center. Passengers should utilize the stops at 19th and Arctic until further notice @CityofVaBeach @VBPD @WAVY_News @13NewsNow pic.twitter.com/5rdo0zbwHe

The scene is still active while detectives are continuing to investigate.

@VBPD has taken down police tape but are still on the scene. What we know so far one person is injured. pic.twitter.com/kIfsxkoEyL

At this time, there is no suspect information.

This case remains under investigation by members of the Virginia Beach Police Department's Homicide Unit.

If you have information about this shooting, you are asked to call Virginia Beach Crime Solvers at 1-888-LOCK-U-UP (1-888-562-5887). Tips may also be submitted online at P3Tips.com or via the P3Tips mobile app. 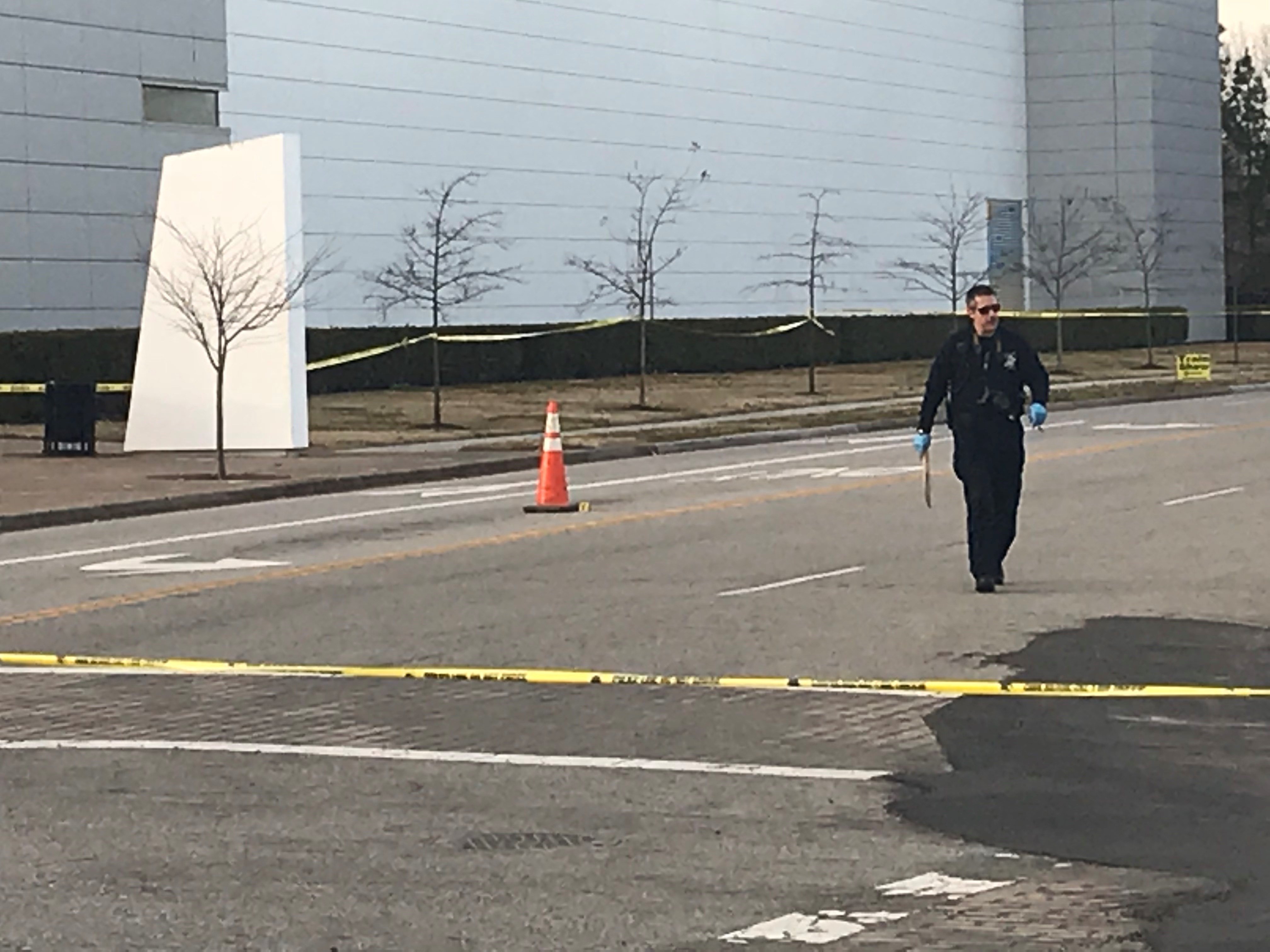